Tractor-trailer crash caused traffic back up for at least 6.5 miles on I-66 in Fairfax County

Several lanes on the roadway were closed due to the crash. 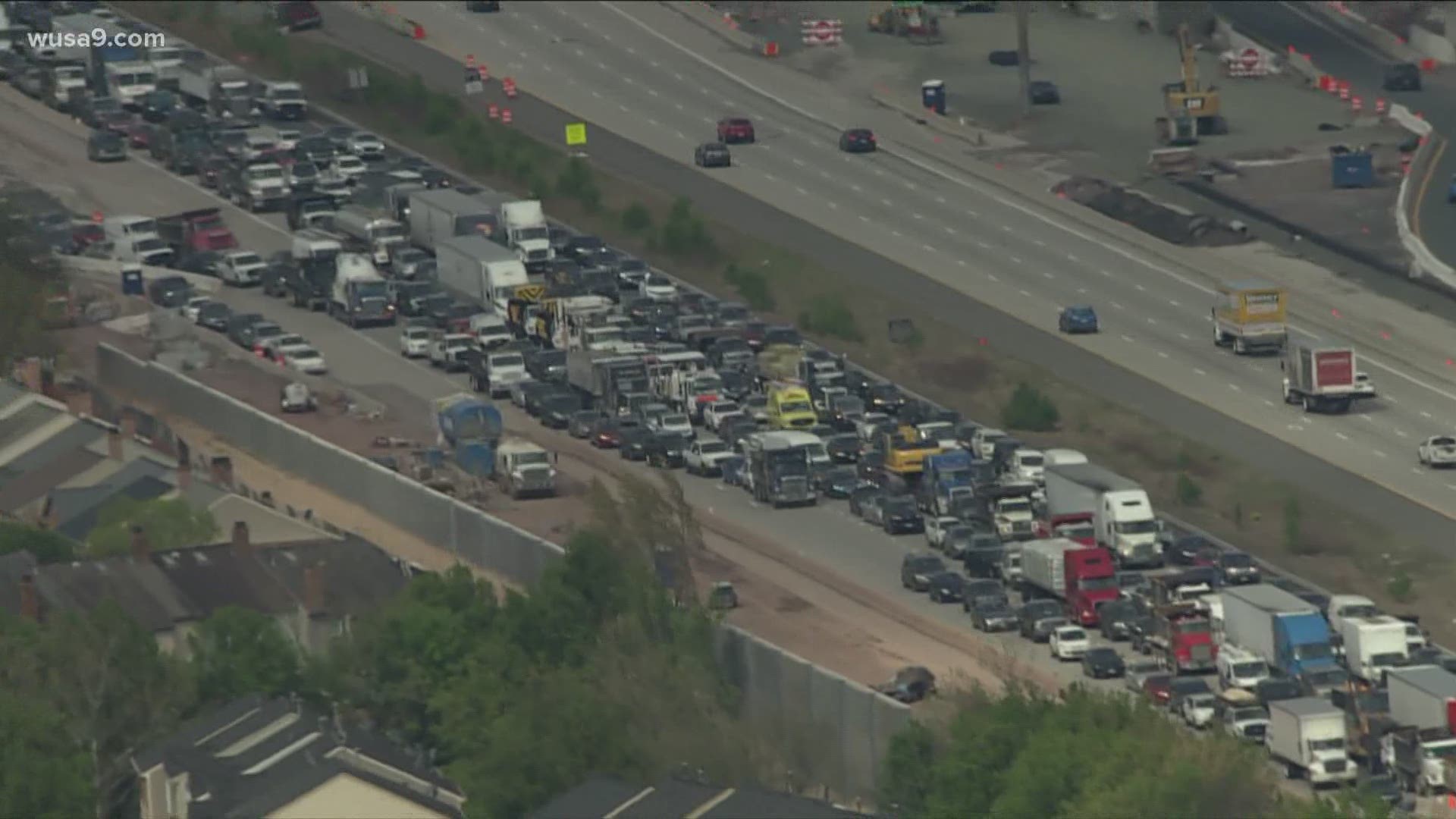 The crash was located at mile marker 55, police said. Around 9:30 a.m., the east left lane, left center lane, and the right-center lane was closed. They have since reopened.

Traffic was backed up for at least 6.5 miles. And according to traffic cameras cars were at a standstill.

VSP and emergency crews were at the scene investigating the incident. The cause of the crash remains unclear.

It is unknown how many vehicles were involved in the truck crash or if anyone was injured.

Credit: SKY9
Traffic backed up for miles on I-66 in Fairfax County

To get the latest update on traffic in the area, click here to view our interactive traffic map.