Drivers will be charged $150 for blocking bike lanes in DC

A "clerical error" led to a previous announcement about a $65 charge for the violation. 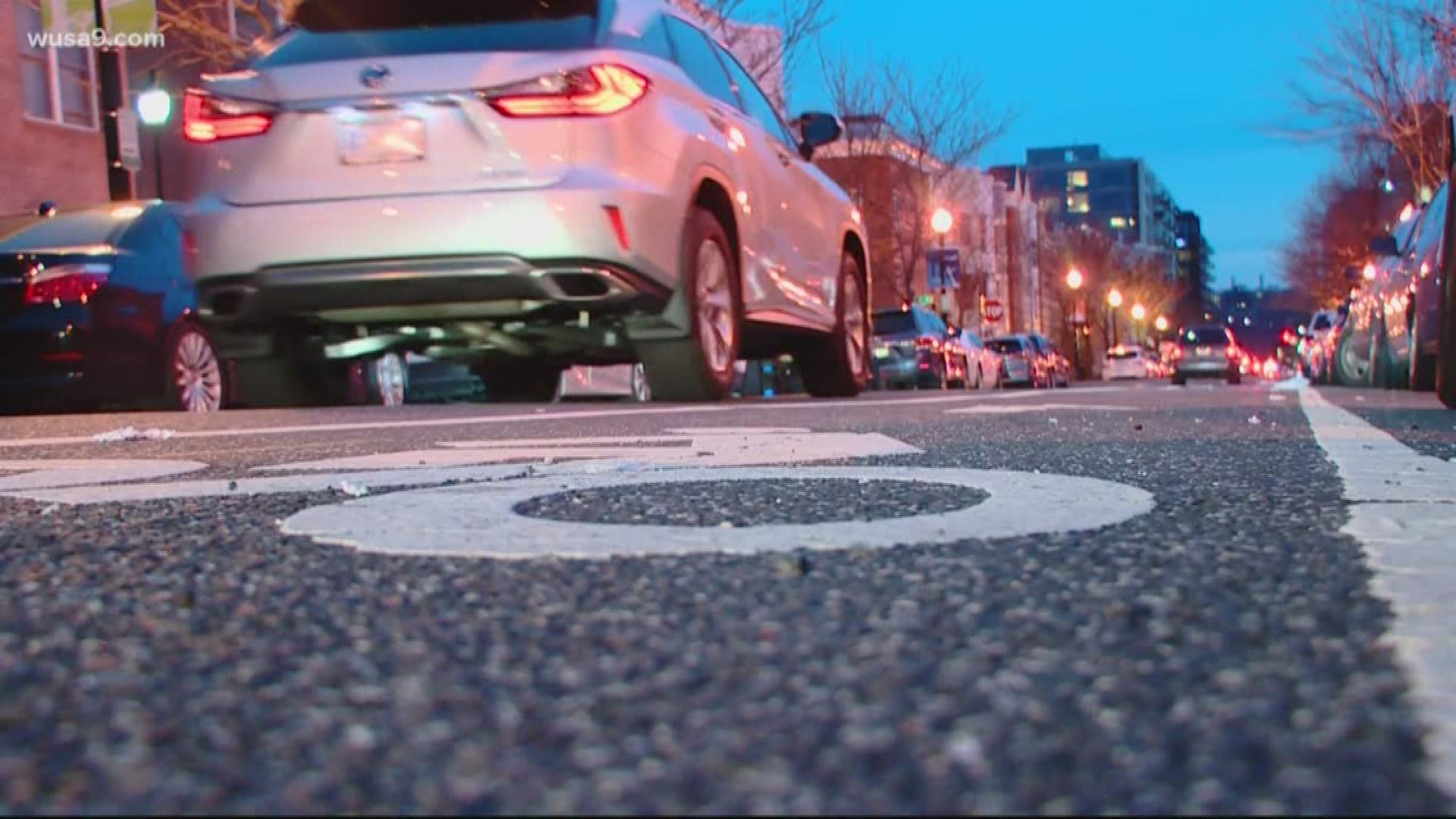 WASHINGTON — D.C.'s Department of Public Works announced Friday that it would start ticketing drivers who block bike lanes in the city.

"The DC Department of Public Works (DPW) is announcing that beginning February 29, 2020, the agency will issue $65 tickets to any motorist the agency photographs improperly parking, stopping, or leaving a bike lane," DPW said.

That announcement was rolled back late Monday, after a D.C. Department of Transportation spokesperson said drivers would actually be ticketed $150. A "clerical error" led to the announcement about a $65 charge.

The fines, in general, are part of Mayor Muriel Bowser’s Zero Vision initiative to end all traffic-related fatalities and serious injuries by 2024.

Technically, this rule has existed since November 2019 as part of DPW's bike lane enforcement program. But previously, officers had to catch an offense in the act, and write up a ticket while the driver committed the violation.

The new procedure allows parking enforcement officers (PEO) to take photographs of drivers that are seen blocking bike lanes. Tickets with the image will be mailed out as they are for speeding and red-light camera violations.

DPW said it would begin by mailing out written citations labeled "Warning." However, a DPW spokesperson said to date, no warnings have been issued.

It's not yet clear when this next phase of the bike lane enforcement program will be implemented.

In November, Mayor Bowser announced that DPW had mobilized 26 new PEOs, bringing the team to nearly 300.

Data pulled from the Metropolitan Police Department's (MPD) COBALT crash data system showed the area most prone to collisions involving cyclists and pedestrians in D.C. was the U Street Corridor.

"The District’s nearly 90 miles of bike lanes help to expand transportation options and boost connectivity to the city’s vibrant neighborhoods and commercial corridors," Chris Geldart, director of DPW, said. "As we enter into the next stage of our bike lane enforcement program, the issuance of tickets will incentivize motorists to help keep lanes clear of obstructions so that bikers can safely share the road with vehicles."