Police chase ends in crash on I-295 near Suitland Parkway

Police say no injuries were reported in the crash. 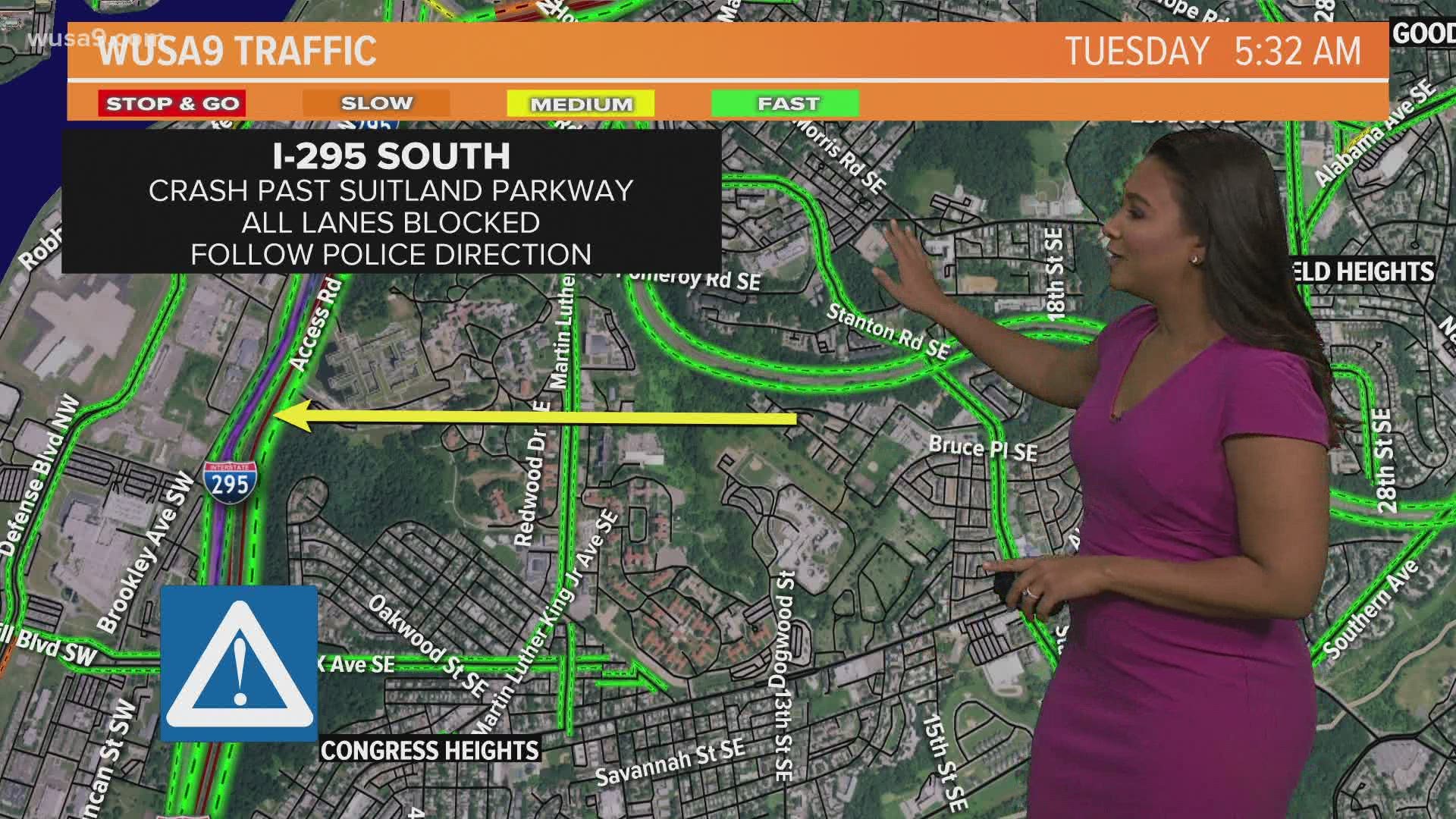 The watch commander for Metropolitan Police Department's 7th District told WUSA9 that Prince George's County Police were pursuing a vehicle and suspects in connection to a series of robberies and carjacking in the county.

The crash only involved one vehicle, and two suspects have been taken into custody. There is no word on outstanding suspects, police said.

All southbound lanes at I-295 near Suitland Parkway were closed for the investigation, but lanes have reopened and the accident scene has been clear as of 6:30 a.m. Tuesday.

No injuries were reported in the crash, according to police on the scene.

Additional details about the police chase and those suspects who have been taken into custody have not yet been released.

We are working gather more information. Stay with WUSA9 for the latest updates.

RELATED: Two hurt after car sideswipes ambulance with its lights activated, patient inside