Accident renews focus on dangers of US 301. 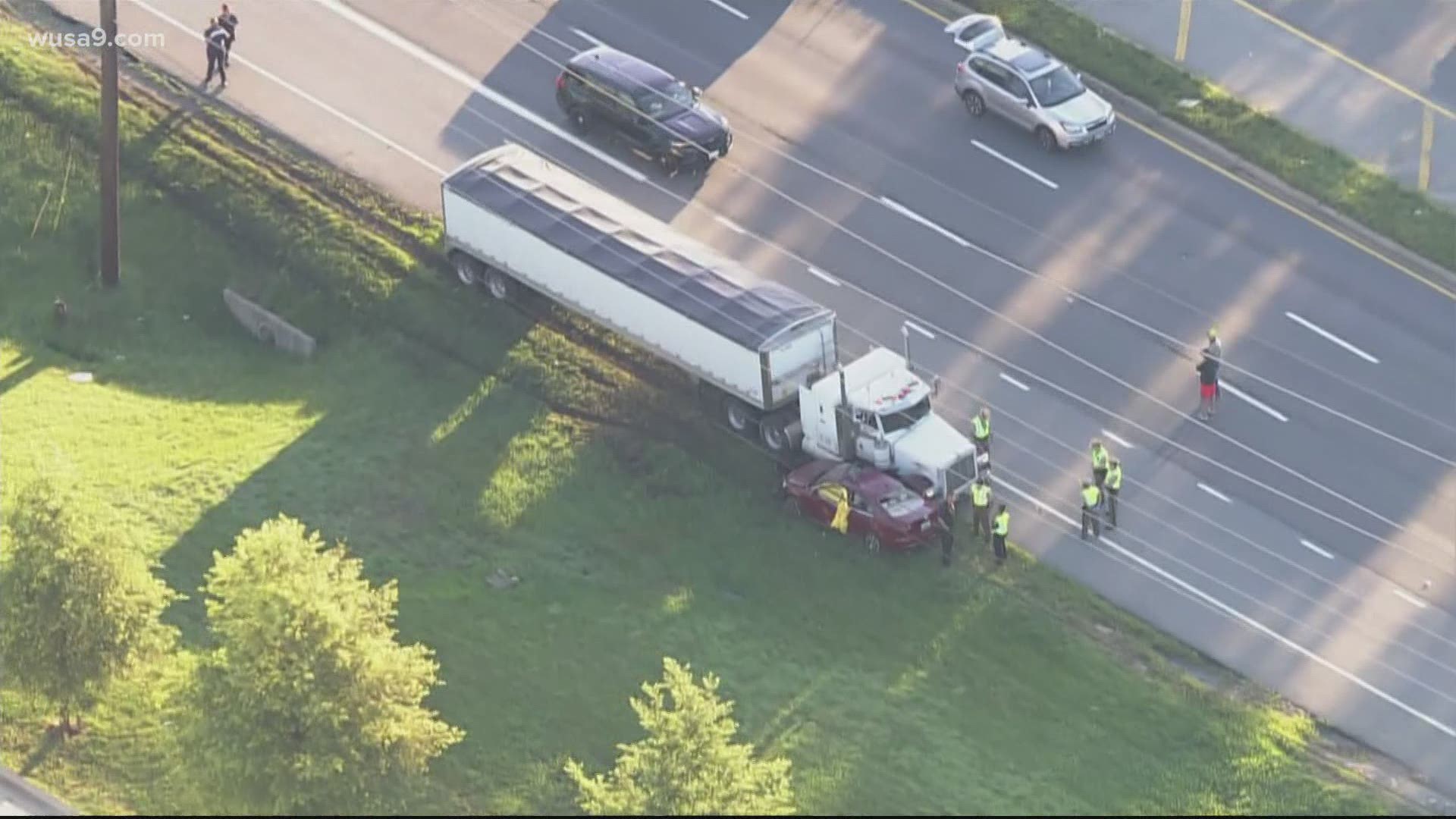 BRANDYWINE, Md. — Maryland State Police said the man who died after a sedan was struck by an oncoming tractor trailer on Crain Highway in Brandywine was 26-year-old Christopher Barnes Jr. of Waldorf.

An investigation into the crash revealed that Barnes was driving a Volkswagen Jetta that was making a left turn on northbound Route 301 onto Clymer Drive when he failed to yield to a tractor-trailer driving south on Route 301, police reported.

Troopers said the driver of the Volkswagen was pronounced dead at the scene.

The driver of the tractor-trailer stayed at the scene following the incident.

The road was partially closed early Thursday morning causing a major backup. Cars in the area of Route 301 had to use the right shoulder to bypass the scene through the morning commute.

US 301 is the 3rd deadliest highway in Maryland according to a 2019 report from insurer ASecureLife.com with 23 deaths reported in the previous year.

The congested highway through Brandywine carries more than 97,000 vehicles per day, according to 2018 announcement about pedestrian safety improvements from Maryland's State Highway Administration.

In October 2019, MDOT SHA completed a full timing review of the US 301 corridor in preparation for Adaptive Signal Operations, which are signals that are adjusted to accommodate changing traffic patterns, ease traffic congestion and improve safety. Adaptive signal operations were activated in January 2020 and have been in operation on the corridor almost continuously since then.

Currently, MDOT SHA does not have any active studies or projects in the area.

However, transportation autorities say they are looking into any potential traffic calming measures or other safety improvements that may be needed as the area continues to develop rapidly.

A 2019 Bloomberg News analysis found the commute down US 301 and State Route 5 into Southern Maryland was among the most expensive and time-consuming in the nation.

Heavy truck traffic using 301 as an eastern bypass around the DC area is projected to increase after the construction of a new bridge between Charles County and Virginia on US, according to assessments made before construction began.

To view the latest traffic updates, click here to use our interactive map.

This story is developing. WUSA9 will continue to update this story as additional information becomes available.