1 dead after box truck drives off-road, overturns near I-370 ramp in Gaithersburg

Shady Grove Road between Crabbs Branch Way and the ramps for I-370 and ICC is closed. 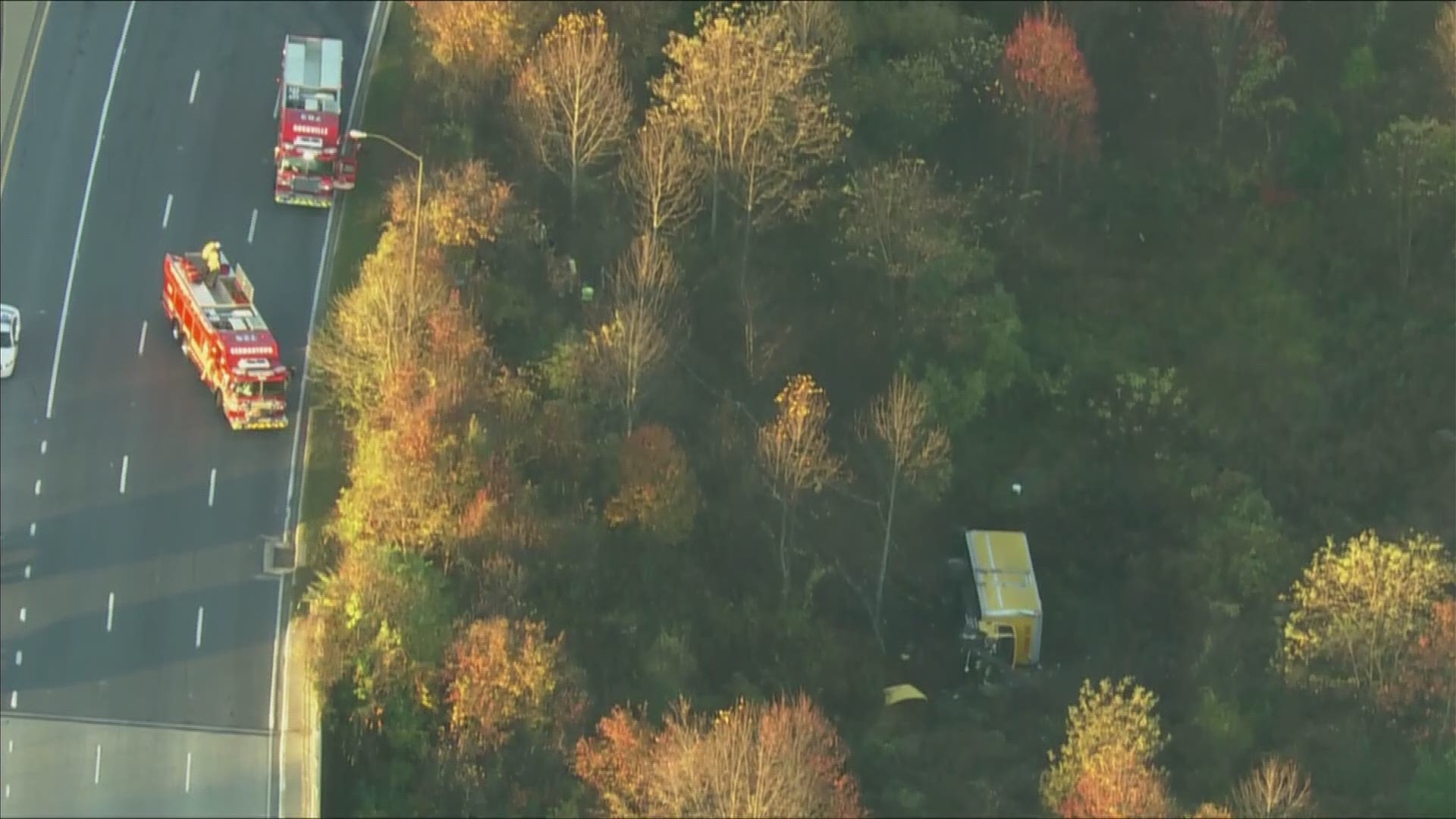 GAITHERSBURG, Md. — A driver is dead after a box truck drove off the road and overturned in an embankment on Shady Grove Road in Gaithersburg Tuesday morning, Montgomery County Fire officials said.

The collision involved two vehicles, a box truck carrying paper supplies and a car, at Metro Acess Road near ramps for Interstate 370 and ICC around 5:45 a.m., officials said.

As of 6:45 a.m., crews were able to extricate the driver of the box truck from the crash and are working to transport them to a nearby hospital for treatment. Emergency teams used slope rescue.

The driver of the box truck suffered non-life-threatening injuries after being removed by rope and rigging, officials said. The occupant in the other vehicle suffered a traumatic injury.

At this time, drivers can expect delays in the area of Shady Grove Road between Crabbs Branch Way and the ramps for I-370 and ICC. Officials said these roads are currently closed due to the crash.