President Joe Biden will address a joint session of Congress on Wednesday night. 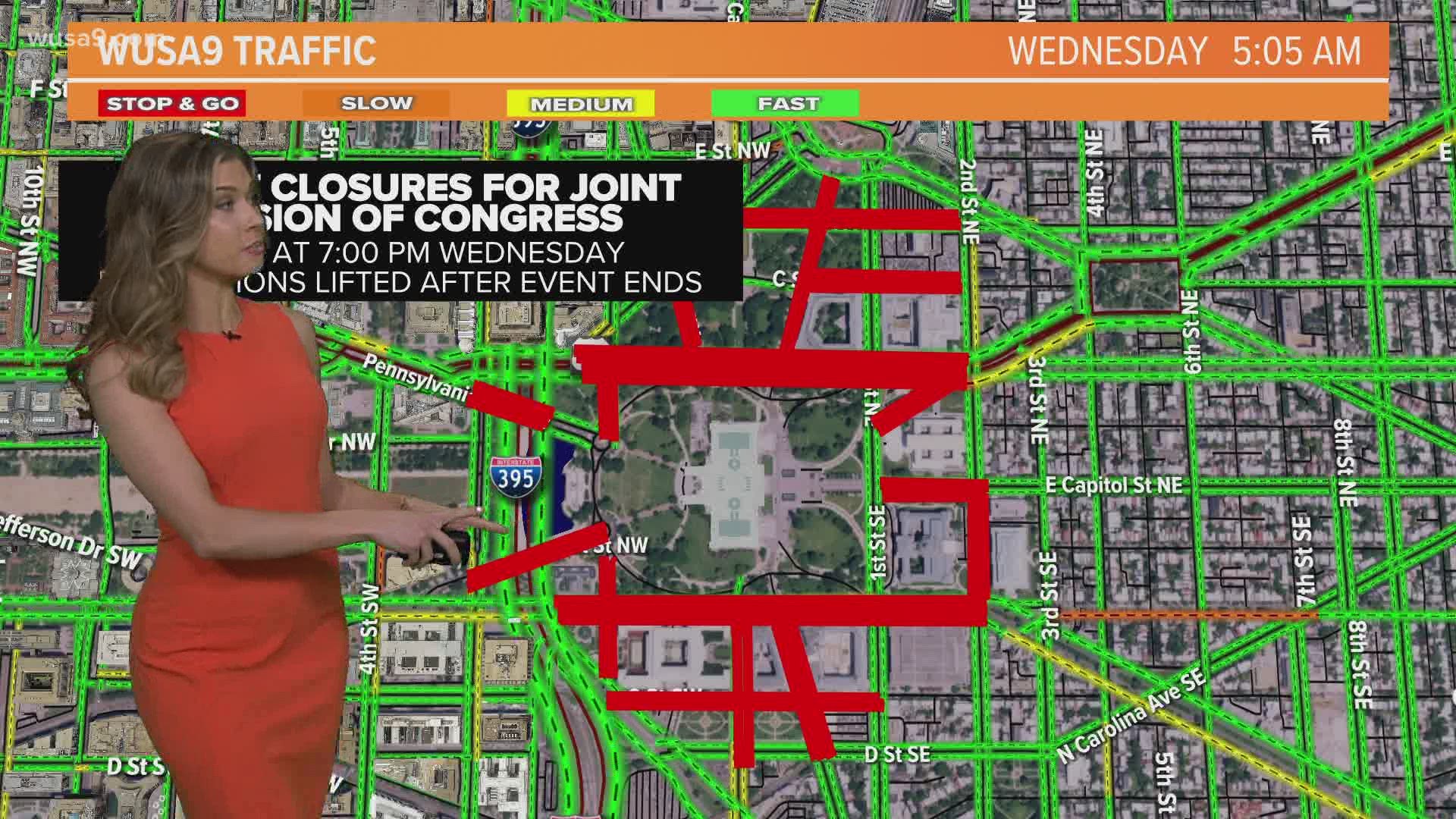 WASHINGTON — President Joe Biden will address a joint session of Congress for the first time on Wednesday, April 28.

The speech will come days before Biden's 100th day in office, and will provide him an opportunity to update the American public on his progress toward fulfilling his promises. It will also give him a chance to make the case for the $2.3 trillion infrastructure package he unveiled earlier this month, which the House is aiming to pass by July 4.

The event is designated as a National Special Security Event by the Secretary of the Department of Homeland Security. The U.S. Secret Service and the United States Capitol Police, along with its law enforcement partners, including the Metropolitan Police Department and U.S. Park Police, are responsible for the preparation and coordination of the event’s security plan.

Access to the U.S. Capitol Building and Capitol Square will be restricted to only those with event credentials and authorized pedestrians beginning at 5 p.m.

These restrictions will be lifted upon the conclusion of the event.