Woman, 2 young kids dead after truck collides with vehicles along eastbound I-66

Two other surviving children are now mourning the deaths. 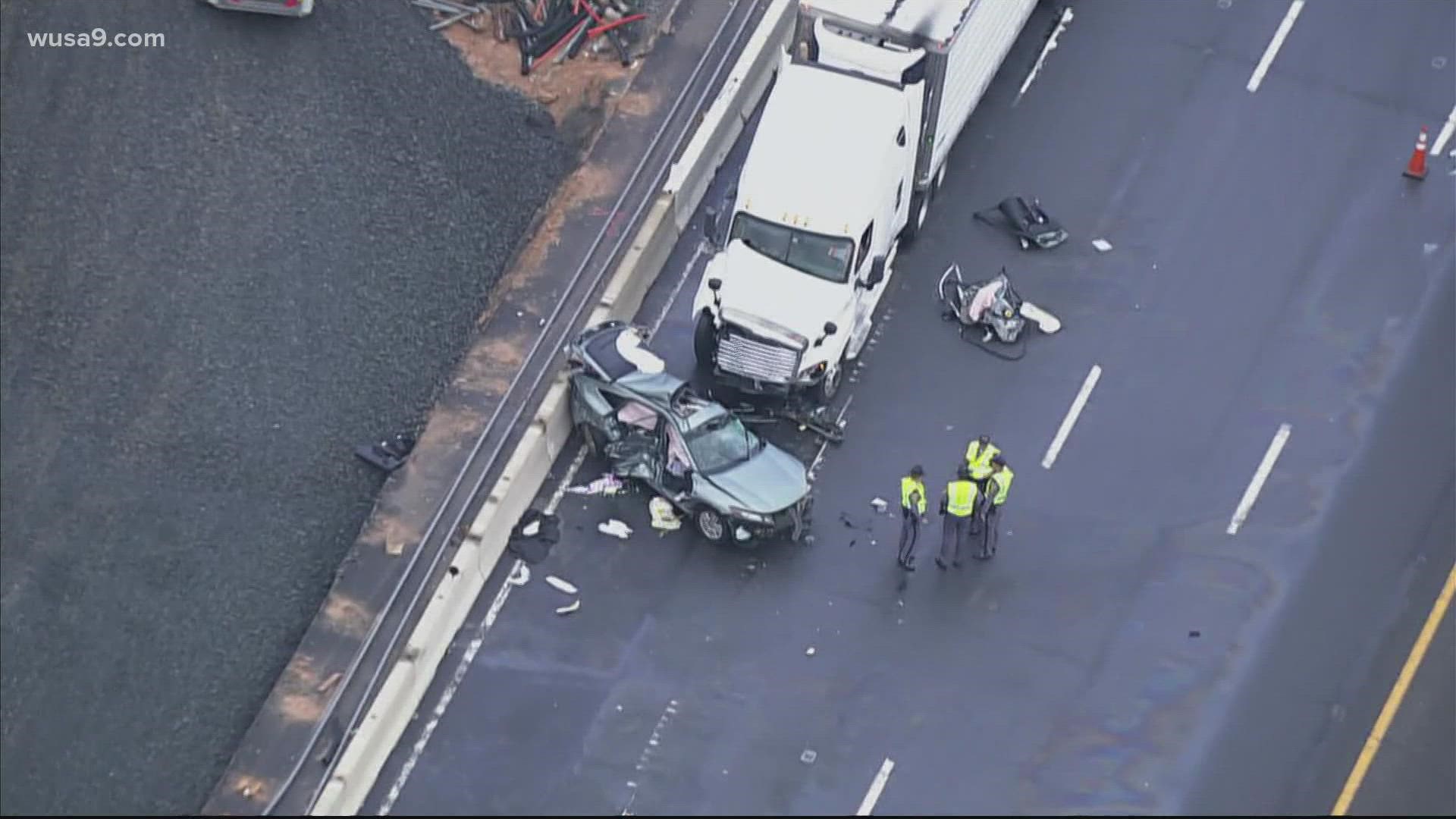 FAIRFAX, Va. — A 28-year-old woman and two young girls are dead after a three-vehicle crash on eastbound Interstate 66 in Dunn Loring Thursday morning, according to Virginia State Police. Two other children in the car survived the crash and were sent to the hospital for treatment.

The fatal crash happened just before 3 a.m. on eastbound I-66 at mile marker 64.7 near the Interstate 495 exit, police said. Officers responded to the scene and found that a tractor-trailer and two passenger vehicles collided on I-66.

An investigation into the crash revealed that a woman driving eastbound on I-66 in a Honda Crosstour lost control near the 64-mile marker and struck a Toyota SUV, police said. When the Honda steered off to the right side of the highway, it struck a guardrail and re-entered traffic on I-66 striking the Toyota a second time. Police said the Honda then struck the guardrail on the left side of the highway and spun back into the eastbound lanes of I-66. In an attempt to avoid the Honda, a tractor-traveling on the eastbound lanes swerved to the right to avoid the spinning Honda, but they both crashed into each other.

The driver of the Toyota SUV was also taken to a nearby hospital for treatment of his non-life-threatening injuries. The man driving the tractor-trailer was not injured in the crash, police said.

SKY9 was at the crash scene and it appeared a miles-long traffic backup was happening on the roadway during Thursday morning's commute.

All lanes are now reopened on eastbound I-66 after the interstate was shut down due to the crash.

Update: All lanes have reopened. https://t.co/vy1dT5lfes

RELATED: Man dead after being hit by a car in Alexandria, police say