Lanes on the bridge were shut down for several hours Tuesday morning, but have since reopened. 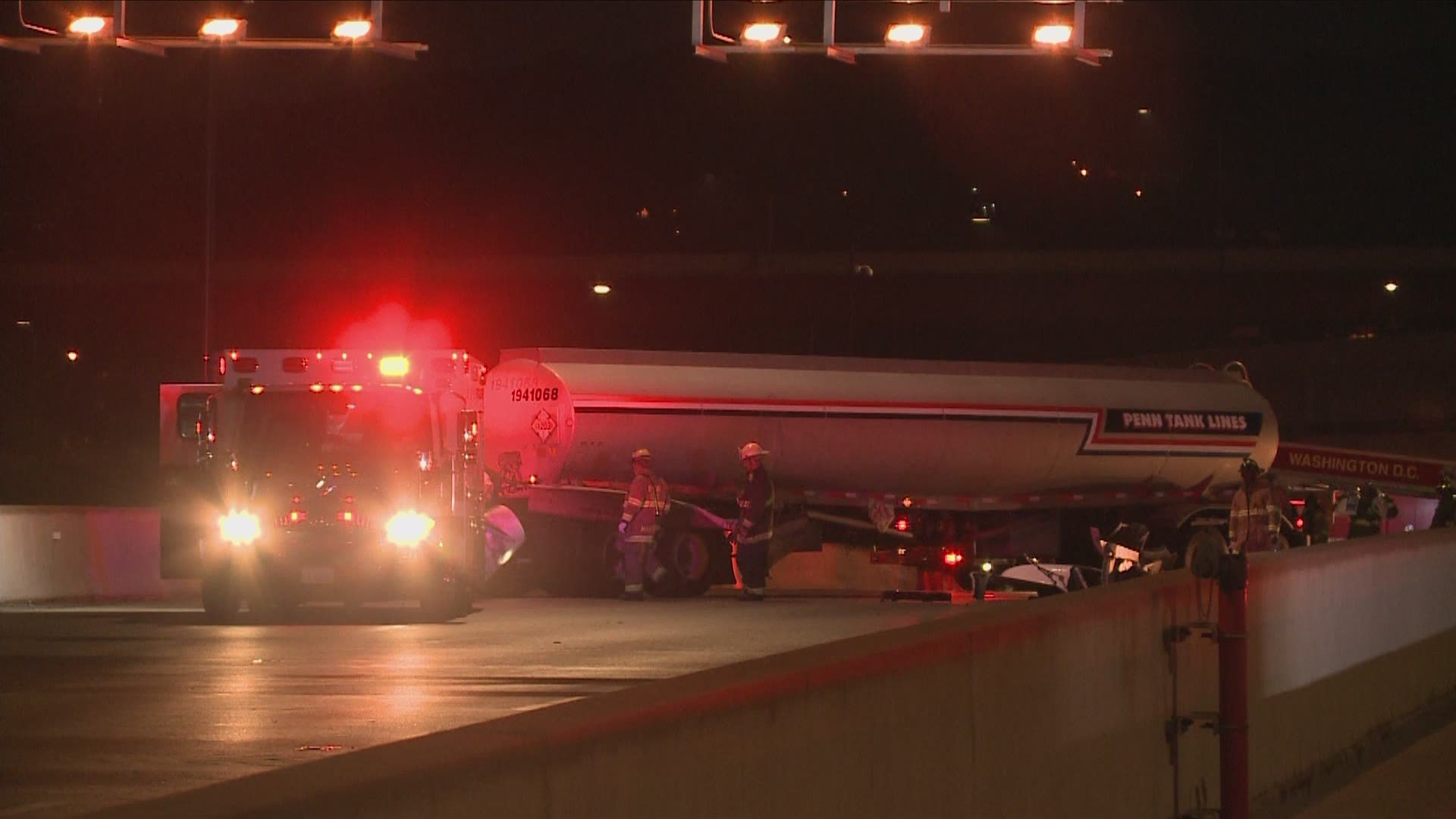 WASHINGTON — A jack-knifed tanker truck blocked lanes on the 11th Street Bridge in Southeast D.C., D.C. Fire Department (DCFD) said. Firefighters were on the scene early Tuesday working to clean up a fuel spill, but no injuries have been reported.

The accident happened around 3 a.m., firefighters said. All inbound lanes of the bridge were by fire trucks. Firefighters anticipated the blockage would last for several hours while crews on scene worked to clean up the fuel from the truck's ruptured fuel tanks, and investigators work to figure out what led up to the crash.

A tow truck was on scene on the bridge by 5 a.m. working to clear the wreck and reopen the bridge. Some delays were reported while the truck was being moved from the bridge.

The investigation into the cause of the crash is ongoing.

To view the latest traffic updates in the DMV, click here to view our interactive map.

RELATED: Multiple cars damaged, road blocked due to fallen tree on I-495