We spoke with one of the project's lead scientists about how the satellite works and the importance of its mission. 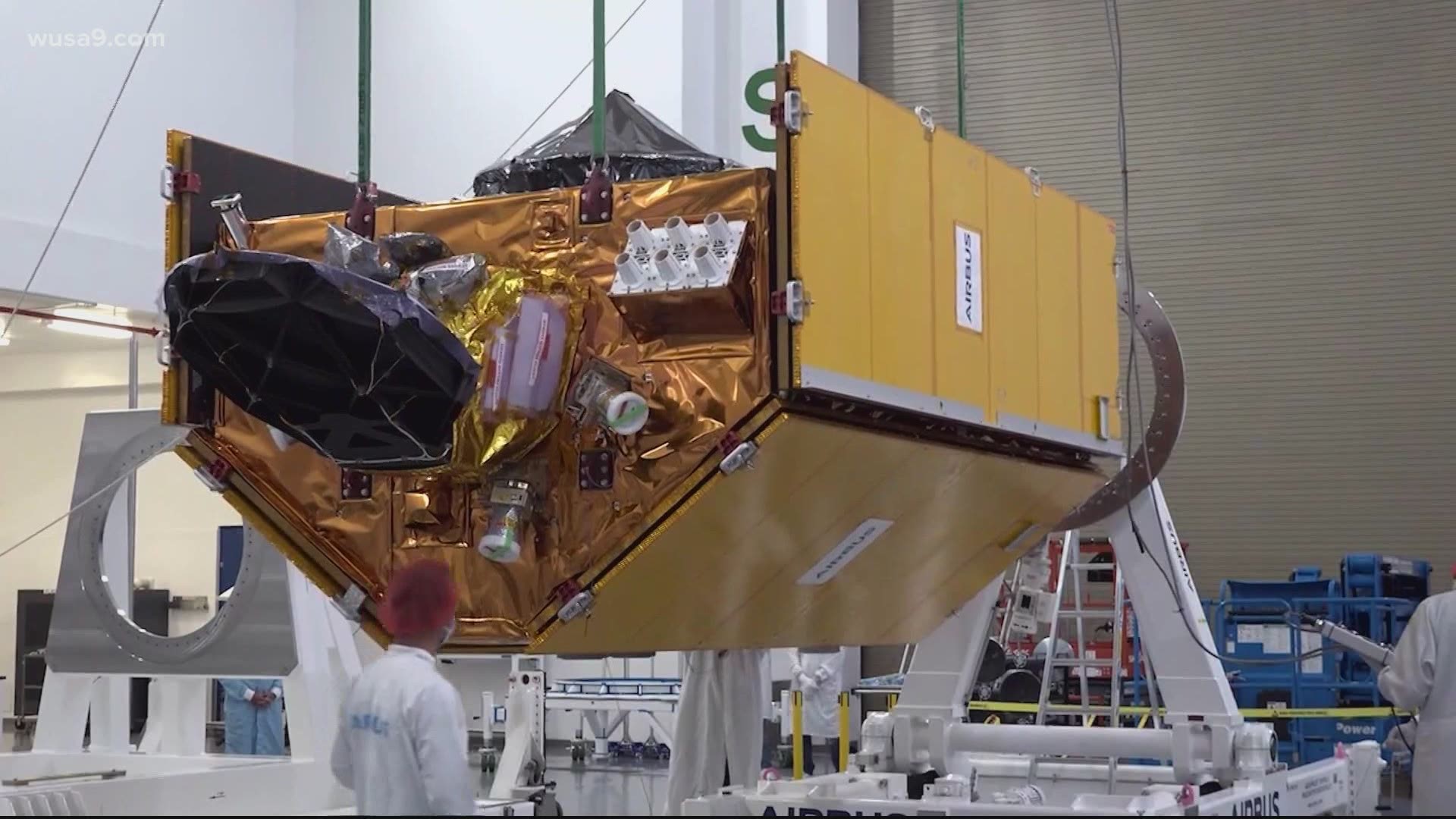 WASHINGTON — At some point or another most of us have enjoyed a day at the beach.   Depending on where you went the water was blue and inviting. The waves gently washing water across your toes was peaceful and calm.

Yet, in our vast bodies of water, things are changing in a way that may not be visible to the naked eye, at least not yet.

Sea level rise refers to higher water levels in our oceans and waterways.   When ice melts from glaciers this adds more water to our oceans. When water is heated the volume expands. Our oceans have been warmer and now we are seeing the consequences.

On Saturday National Aeronautics and Space Administration launched a new satellite to explore sea level rise around the world.

The Sentinel 6 Michael Freilich Satellite will measure sea level rise from space. It is a collaboration between NASA and the European Space Agency.

One of the satellites will be launched now, and a second one in five years, giving the agencies a 10 year record of sea level rise.

Today at 9:17 a.m. PT, we are launching the U.S.-European Sentinel-6 Michael Freilich ocean-monitoring satellite aboard @SpaceX's Falcon 9 rocket from @30thSpaceWing. Follow #SeeingTheSeas to "sea" what happens next! pic.twitter.com/d1ckfGcTvS

JPL Sentinel-6 Project Scientist Josh Willis says this mission will aid in spotting how sea levels are changing around the world and how oceans are impacted by it.

"Sea level rise is not going to stop anytime soon, we have to keep measuring it," Willis said. "More than 90% of the heat that's trapped from global warming is actually going in the oceans. So it's not actually global warming, it's ocean warming," he told WUSA 9 in an interview.

The satellites can also help them track hurricane activity.

"Warm water literally stands taller than cold water.  And that means these satellites show us where the hot spots are that hurricanes run over, and they're like steroids, they increase in intensity," Willis said.

Willis explained that the mission will also provide useful data regarding  El Nino and La Nina , which are huge weather drivers around the globe.

The satellites are complex, but work in a simple way.

"Just like the policeman's radar that catches you speeding, this has a radar that looks down at the ocean, it bounces a wave off the ocean and measures how far away the ocean is.  The satellites also have several instruments that tell us where the satellite is.  And with those two pieces of information, you can see how tall the water is.

Willis said that information is very useful to oceanographers to detect things such as ocean currents.

"When there's a current in the ocean, it tilt's the sea's surface and we can use this satellite data to figure that out too,"  Willis said.

The satellites has gadgets that will help with numeric weather prediction by sensing how much moisture is in the atmosphere.

But let's get back to that beach trip.  With sea level rise, the ocean is moving into new territory, sometimes as an unwelcomed guest.

In a blog by NASA's Jet Propulsion Laboratory writer Alan Buis, he describes an astonishing story of how the ocean took over parts of a town in Ocean Isle Beach, North Carolina.  Here's an excerpt:

"A short stroll along the beach quickly provided a starkly different perspective. Just a few dozen yards away, huge sandbags were piled high, guarding a number of homes from the sea. As I continued walking, I soon found myself in front of homes that were perched literally above the waves at high tide.

I passed a woman walking her dog and asked her about the homes. “There used to be two streets of houses in front of these homes,” she told me. “Now they’re oceanfront,” Buis wrote.

NASA says sea level in the coastal region of Ocean Isle Beach, North Carolina, has risen about three inches since the early 1980s.  Sea level rise washes away and erodes coastlines.  This makes them more vulnerable to floods.