With a test dummy and no astronauts aboard, the Starliner safely descended into the White Sands Missile Range in New Mexico.

CAPE CANAVERAL, Fla. — Boeing has landed its first crew capsule in New Mexico after an aborted flight to the International Space Station.

With a test dummy and no astronauts aboard, the Starliner safely descended into the Army's White Sands Missile Range in New Mexico before dawn Sunday. All three main parachutes popped open and air bags also inflated around the spacecraft to ease the impact.

This first test flight was cut short and the space station docking canceled because of an improperly set clock on the capsule. Everything went flawlessly Friday as the Atlas V rocket lifted off from launch pad 41 carrying Starliner but about 30 minutes into the flight, Boeing reported that the capsule's insertion into orbit was not normal. 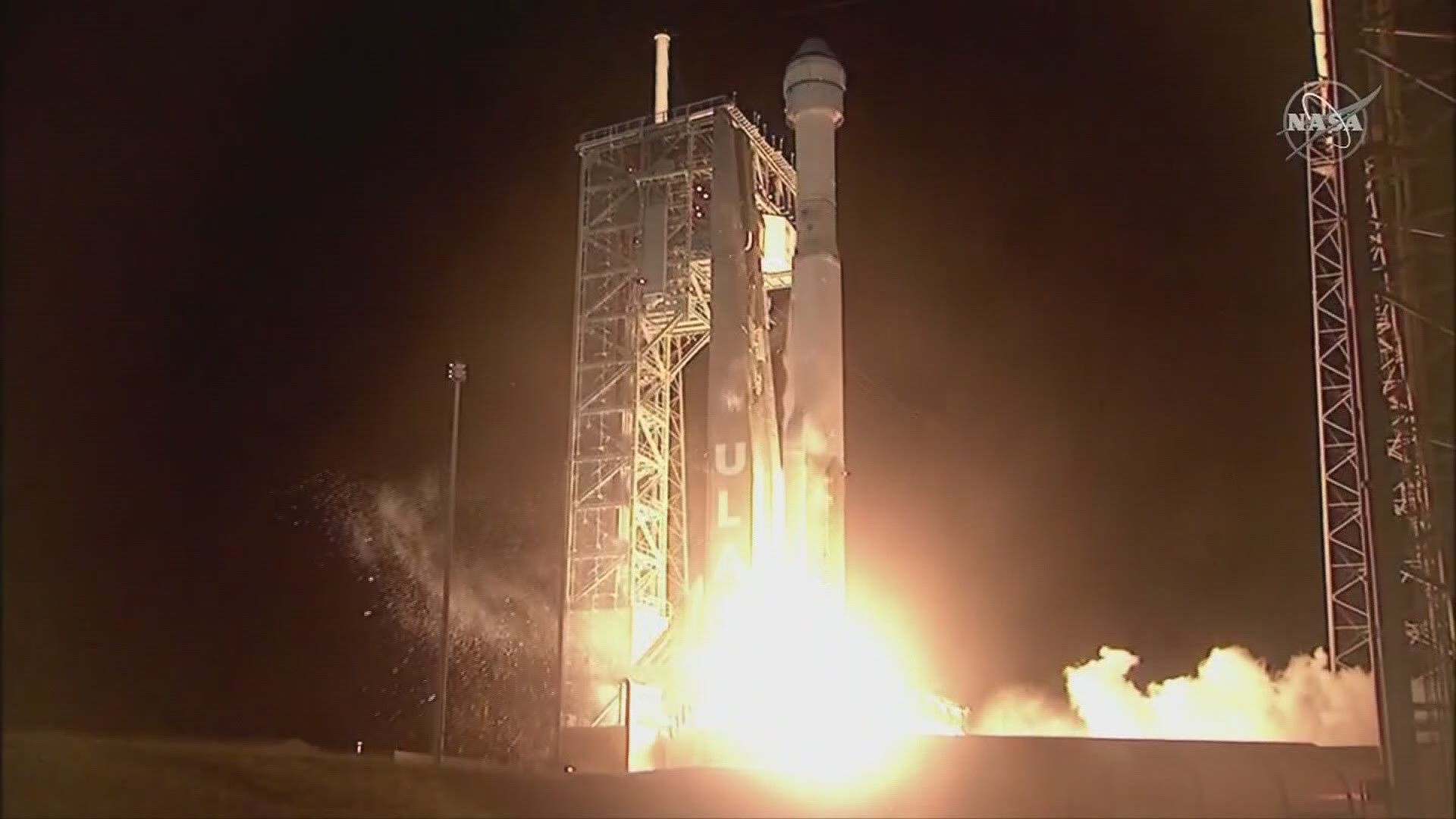 NASA officials said an onboard thruster firing did not happen, which left the spacecraft in an unplanned orbit. Starliner would not be able to rendezvous and dock at the International Space Station.

It threatens to derail Boeing's effort to launch astronauts for NASA next year.

Still, the launch and mission are considered a major milestone for NASA in its push to end the reliance on Russian Soyuz spacecraft to get astronauts to and from the ISS.