Five workers are clearing the trash from the woods in Ward 8. So far, they've picked up 55 tons of it

Five formerly unemployed or underemployed Ward 8 residents are giving back to their community. 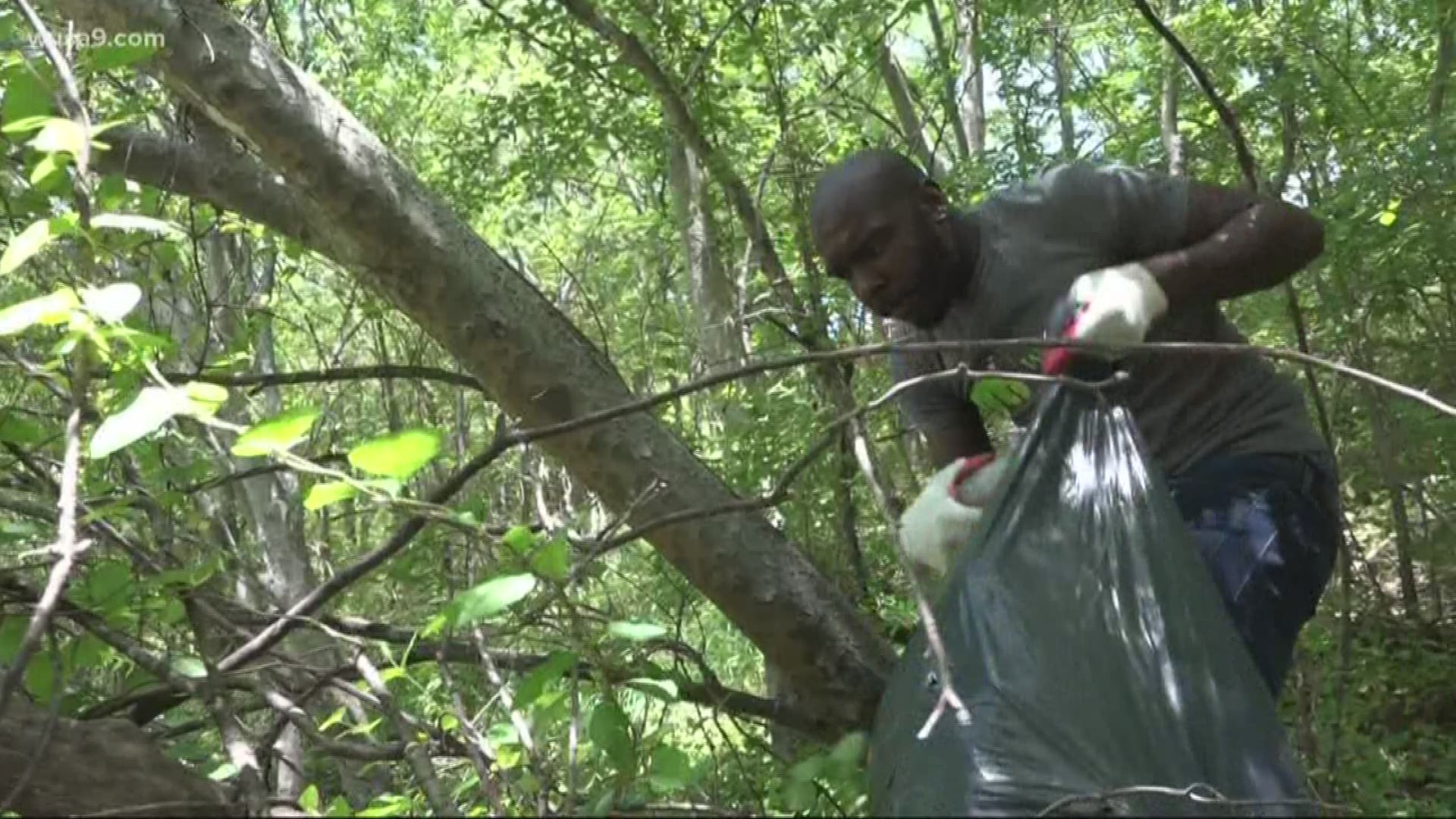 Five residents of Ward 8 who were previously unemployed or underemployed have picked up more than 110,000 pounds of trash in their community through a new initiative to keep the area clean.

The Ward 8 Woods initiative launched last July and employs the five workers to keep the 500 acres of eastern hardwood forest free from litter.

"We think it's a real environmental justice issue, when you have parks like Rock Creek that are really beautifully maintained, you don't see a lot of trash, you have miles and miles of trails... And then you come over the Ward 8, we have this park land, but it's full of trash," said founder and manager Nathan Harrington, adding Ward 8 is one of the city's most polluted.

The Ward 8 Woods crew battles ticks, mosquitoes, poison ivy, and the sheer heat of D.C. summers over the course of nine to 12 hour weeks to try and undo decades of illegal littering and help rid the woods of invasive species.

It's tough work, but you won't hear this team complaining.

"I can give back to the community I've been living in for the last 30 years," said Robert Carpenter.

RELATED: The decision to ban Styrofoam containers in Maryland isn't easy. Here's why

The program is funded by the D.C. Department of Energy & Environment and a number of private foundations and also aims to provide unemployed or underemployed Ward 8 residents with paid work.

"Unemployment in Ward 8 is the highest of anywhere in D.C. by a long shot. And a lot of people have barriers to employment," Harrington explained. "People were not able to finish high school, didn't go to college, some employers will not hire people when they have criminal records."

Harrington added the Ward 8 Woods do not care about any of that.

"As long as you show up and do the job," he quipped.

It was the second chance Robert Carpenter, a 32 year old father of four, was looking for.

"I have a background," he said. "And that got me turned away from a lot of jobs. And there was no discrimination with Ward 8 Woods."

The team expects it could have a lot more trash removal ahead of them.

The initiative is now looking for more funding so that it can pay its employees more and potentially begin building trails in Ward 8's woods.