The DOEE and EPA both say pollution from other states is dramatically impacting the District’s ability to reach the EPA’s ozone standards. 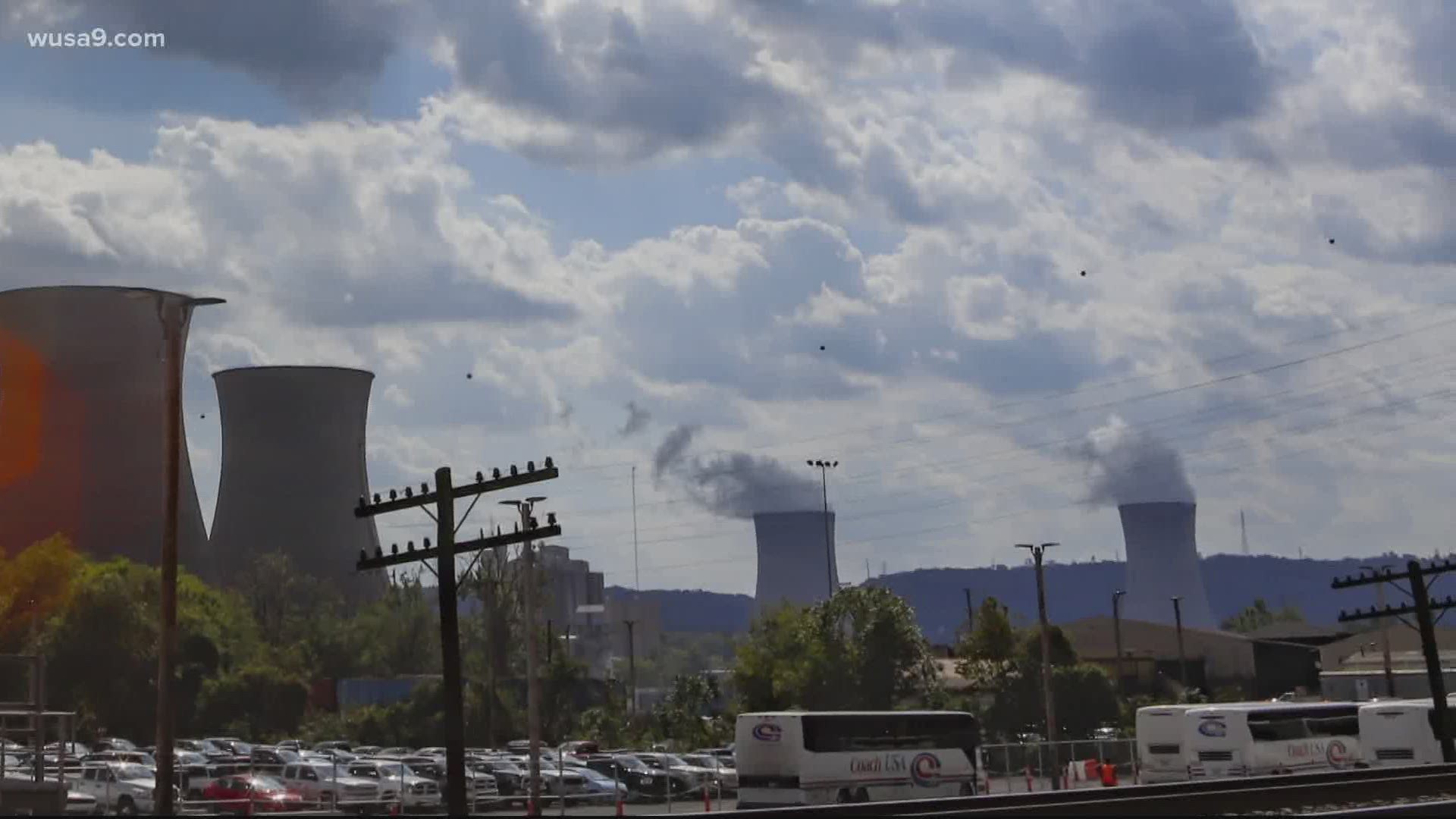 WASHINGTON — According to the DC Department of Energy and Environment (DOEE), air quality in the District is improving, but D.C. still isn't achieving all of the EPA’s national ambient air quality standards.

#TheQandA team spoke with the associate director of the DOEE as well as the EPA. Both said that pollution from other states is dramatically impacting the District’s ability to reach the EPA’s ozone standards.

When will we have a solution to the problem is the big question.

"90% of the pollution that we experienced here in the District of Columbia is transported here from upland states," Kelly Crawford, associate director of the DOEE, said.

Steam and exhaust rise from the power plant of STEAG on a cold winter day on January 6, 2017 in Oberhausen, Germany. (Photo by Lukas Schulze/Getty Images)

She said pollution from Pennsylvania is negatively impacting the District.

"A large quantity of NOx is produced by the burning of fossil fuels for production of energy," Crawford said. "In Pennsylvania, they're NOx RACT -- that's reasonably available control technologies."

According to the EPA, NOX or Nitrogen Oxides are "a family of poisonous, highly reactive gases. These gases form when fuel is burned at high temperatures. NOx pollution is emitted by automobiles, trucks and various non-road vehicles as well as industrial sources such as power plants, industrial boilers, cement kilns, and turbines. It plays a major role in producing smog on hot summer days."

RACT, or Reasonably Available Control Technology, is a requirement of the Clean Air Act. RACT standards require companies to use technology that is reasonably available in order to reduce the amount of pollutants like NOx that enter into the atmosphere as a result of their production.

Crawford said this regulation is not strong enough to compel some facilities to run their controls on the days when the ozone impacts are the highest. She wants the EPA to intervene and further regulate some Pennsylvania companies.

"We're sending a letter to EPA, which has now been received, requesting recommendations be made to the state of Pennsylvania regarding running their emissions controls at their energy-generating units more consistently," Crawford said.

#TheQandA team reached out to the EPA for comment, and they sent the following statement:

The EPA said they will have a hearing in September to listen to concerned parties and stakeholders on what action to take on the OTC petition. EPA must decide within nine months whether to approve, disapprove, or approve in part the OTC’s recommendations. If EPA approves, Pennsylvania would have to adopt the additional control measures within one year of EPA’s decision.