To take this professor’s criminal justice class, you have to go to jail 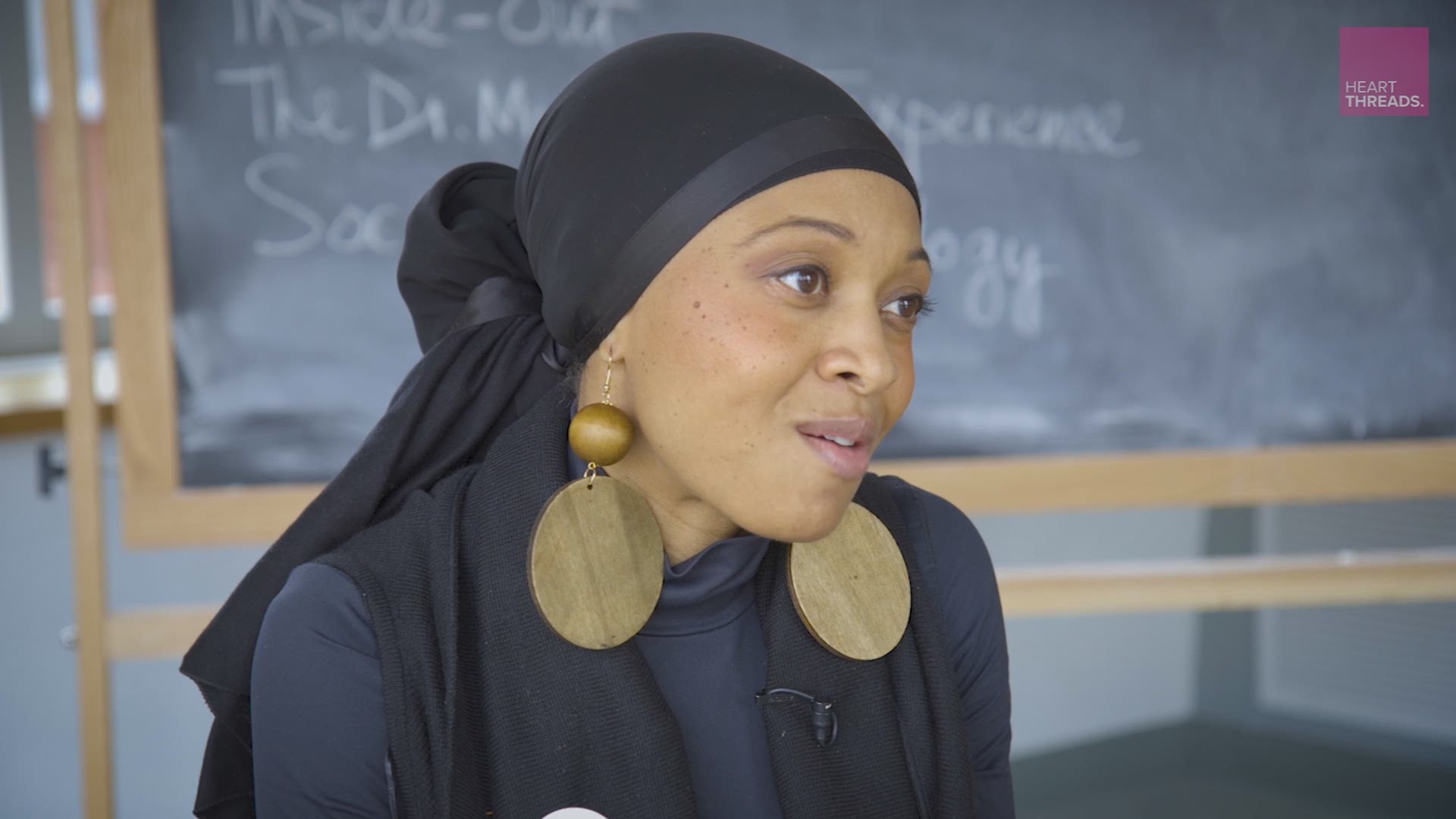 WASHINGTON, D.C., USA — A Washington, D.C. professor is breaking the stigma surrounding incarceration one semester at a time.

As an undergraduate student at Rutgers University, one of her professors took her and her classmates inside a prison.

“Literally that experience completely changed my life. I had never gone into a prison before and seeing all these black and brown bodies locked up behind bars was disheartening,” she said.

“It really sparked my interest as an undergrad and it just gave me an impetus to continue to learn about the criminal justice system, master it, and even go as far as getting a PHD in criminal justice.”

RELATED: 10 things that happened in 2019 that will warm your heart

Dr. Muhammad is currently a professor of Sociology and Criminology at Howard University, and designed one of the most popular courses on campus: “Inside Out: Crime & Justice.”

The Inside Out Prison Exchange Program was designed in 1997 by a professor at Temple University.  The program was created to bring traditional college students inside jails to take courses alongside those who were incarcerated.

But Dr. Muhammad said she was disappointed by the program’s lack of diversity and decided to change it.

“I noticed that there were Ivy League universities with thousands of students going in, but they weren't black or brown, but the majority of individuals in these carceral spaces were,” Dr. Muhammad said.

“So I felt that it was really important to balance the dialogue. Balance the experience.”

Dr. Muhammad says she chose Howard University, a historically black university, as the home of her take on the program because of the university’s motto “In Truth in Service,” which she felt embodied how she intended to teach the class.

Dr. Muhammad typically starts the semester by meeting with the students separately: the “outside” students on Howard’s campus and the “inside” students inside of the jail.

Unlike other facilitators of Inside Out, Dr. Muhammad teaches her class inside the actual cell block where her incarcerated students live, instead of a teaching area in the jail.

“I want students to see the middle and the heart of the prison. I want them to see where the incarcerated individuals are living where they have their day to day. So typically, my sessions happen in the middle of the unit. D block. C. block. E block,” she said.

Dr. Muhammad says that for some the first day is the hardest and the idea of being locked inside of the jail for the 3 hours is too much for some students.

“The first combined session typically starts with the students on the university side going through a clearance process,” Muhammad said, “They have to pass through the gates and before they get to the next gate the gate behind you must close. and that it one of the most difficult parts for students.”

Once inside, the students are seated in a way that helps them to quickly get accommodated with their new colleagues.

“You sit every other. Inside student. Outside student… so, you're not comfortable,” Muhammad said.

Student Ty West said, “It started off kind of weird and then by the end of the semester it felt completely normal like we were going to a regular class.”

Dr. Muhammad says that her passion is fueled by the love she has for her community and her knowledge of the power of education.

“The Dr. Muhammad Experience really kind of means and fits this philosophy where you think outside of the box. I want students to see things that they wouldn't necessarily have an opportunity to see,” she said.