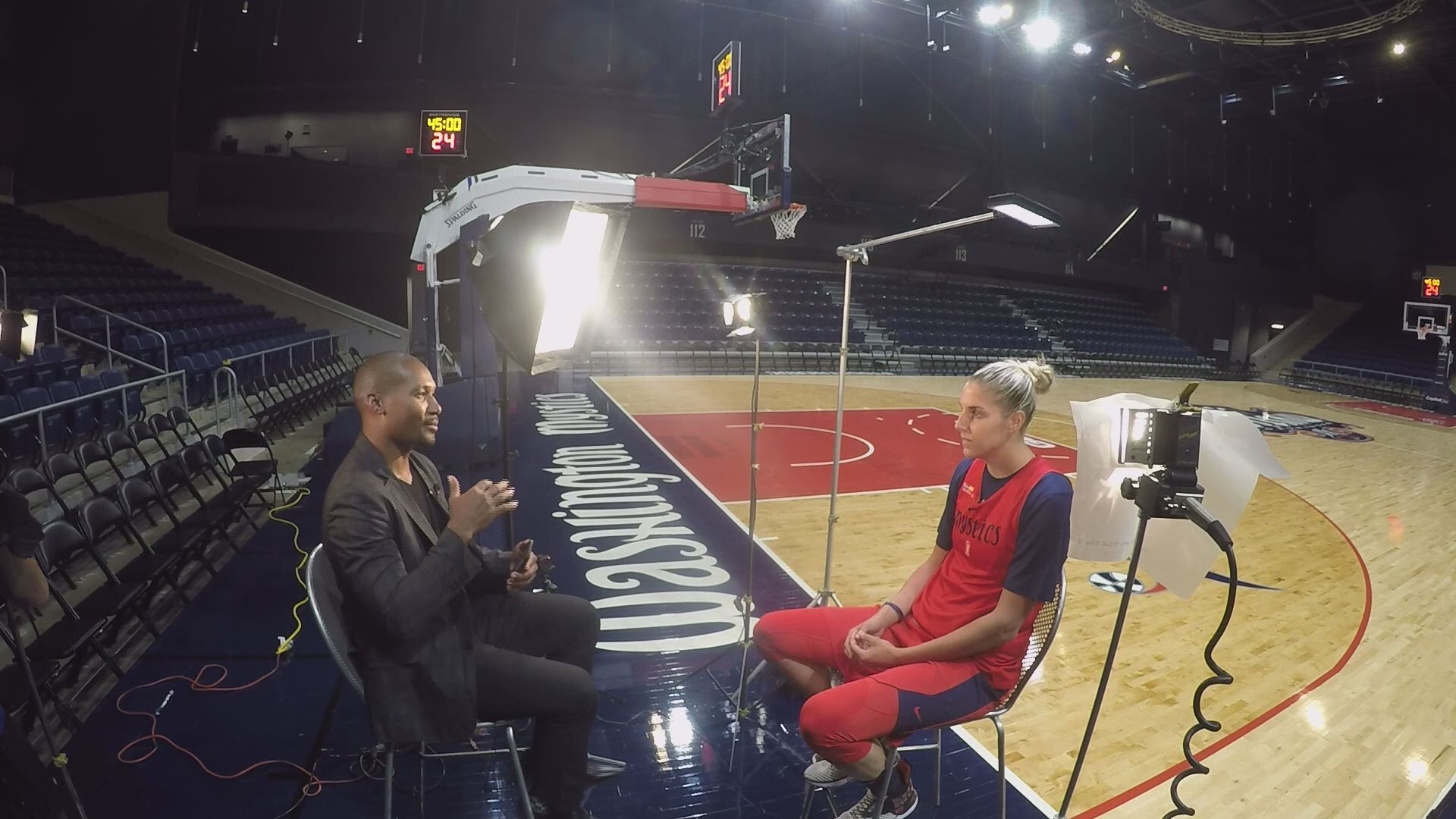 You could hear this chant by fans after Washington Mystics home games, and the voters agreed.

For Delle Donne, the award is validation of her historic season.

She became the first player in WNBA history to join the 50-40-90 club, and just the ninth player overall when you include the NBA.

Elena Delle Donne was second in the league in scoring, averaging 19.5 points per game.

The Mystics' star was also in the top five in the WNBA in rebounding, and three-point percentage.

Elena Delle Donne becomes the sixth player in WNBA history to win the MVP award multiple times, and the first to win the award with multiple teams.

She's the first Mystics player to win the award.

RELATED: Mystics are back, ready to make another WNBA Finals run

Even though the league MVP award is an individual achievement, Delle Donne says her biggest accomplishment is making the team better as a whole.

“I feel like now I’m a player that makes other people around me better,” says the two-time MVP in a recent interview with Darren Haynes. “I feel like earlier in my career I was just like such a scorer that I wasn’t finding ways to find others, and to free other people up. So, I think that’s been a huge change in my game.”

While the award is well deserved, and a tremendous accomplishment, Elena Delle Donne and her teammates have their eyes set on a much larger prize.

The Mystics were swept in the WNBA Finals last season, and this year it's championship or bust.

“That hunger is why this team is where we are today,” says Elena Delle Donne. “It’s why we are number one, we have home court advantage. It’s because we left last season with a horrible taste in our mouths, being swept by Seattle, feeling that they were just better than us. That’s not a good feeling. So, I think we all just kind of soaked that up and took it as motivation.”

So far the Mystics are off to a good start in the playoffs.

The team won game 1 of their semifinal series against the Las Vegas Aces, and will look to take a commanding 2-0 series lead Thursday night.