Wiz to face Celtics after beating Hornets for 8th in East

The Wizards finished eighth in the Eastern Conference standings and set up a play-in matchup against the No. 7 Boston Celtics. 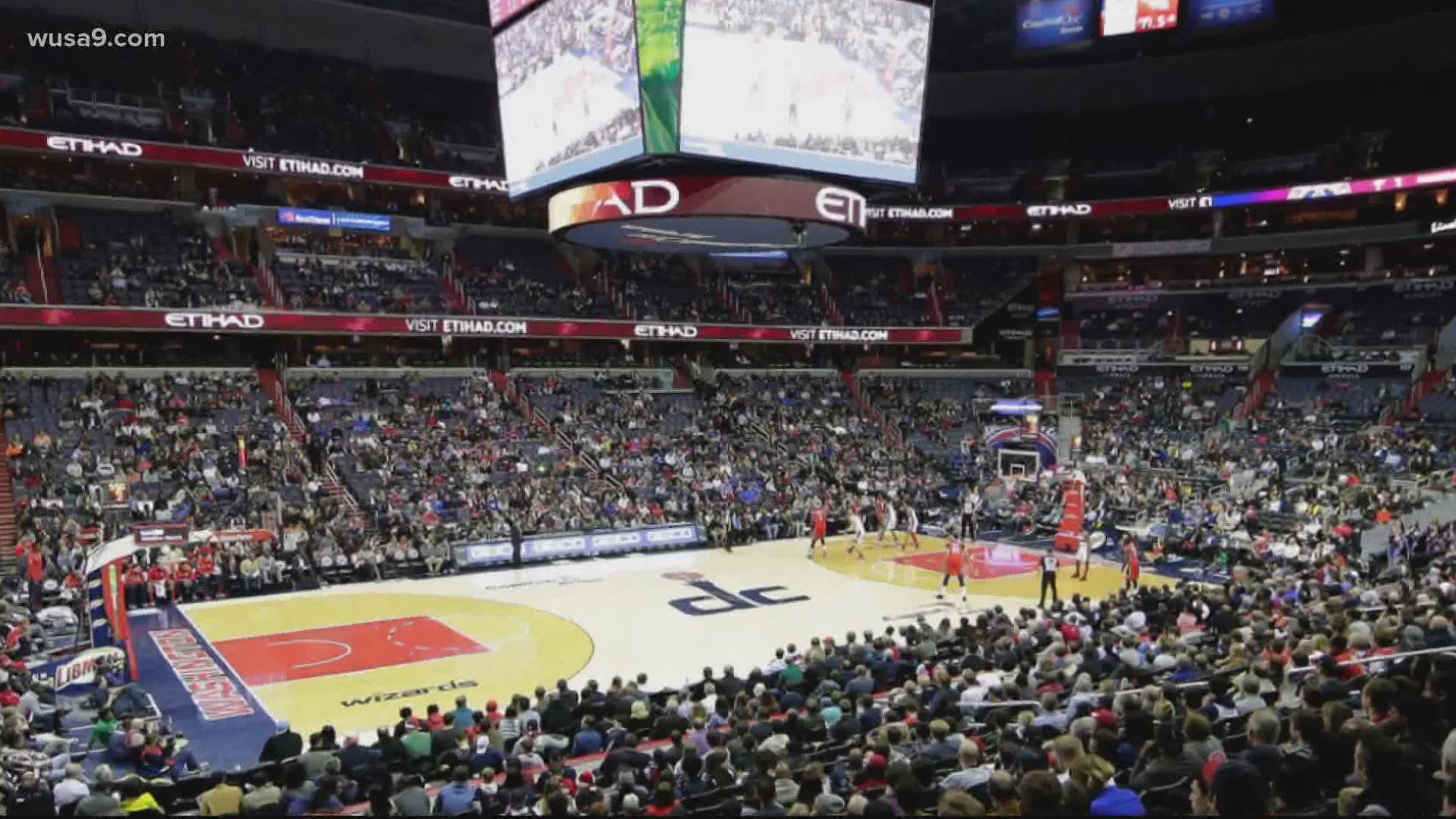 WASHINGTON — It wasn't until about 30 minutes before tipoff that Bradley Beal told coach Scott Brooks he could play for the Washington Wizards in their regular-season finale.

And it wasn't until the second half Sunday against the Charlotte Hornets that Beal really got going in his return from a three-game absence with a strained left hamstring.

The Wizards finished eighth in the Eastern Conference standings and set up a play-in matchup against the No. 7 Boston Celtics by coming back to beat Charlotte 115-110 as Beal poured in 20 of his 25 points after halftime.

“He chews nails for breakfast,” Brooks said about Beal, who entered Sunday averaging 31.4 points, second in the NBA to two-time MVP Stephen Curry's 31.8. “I cannot say enough about his toughness.”

The Hornets closed the regular season on a five-game losing streak to drop to the 10th spot in the East and will play at the Indiana Pacers in a win-or-go-home game in the play-in round. That game and Wizards-at-Celtics are both Tuesday.

“This one stings, but Tuesday night’s a new season. ... That’s the beauty of it,” Hornets coach James Borrego said. “We’ve got a young group that is experiencing this for the first time.”

Beal's backcourt partner Russell Westbrook heard “M-V-P!” chants from the fans while contributing 23 points, 15 rebounds and 10 assists for his 184th career triple-double — three more than Oscar Robertson’s previous NBA record — and 38th this season alone, the most in the league.

The game served as a microcosm of the way this season went for both teams, with Charlotte going ahead 32-16 in the first quarter, then fading to a loss, while Washington overcame its poor start.

The Wizards began 0-5, went through a COVID-19 outbreak that sidelined players and caused a two-week hiatus for the club and then were 17-32 before finishing with a 17-7 flourish.

The Hornets, meanwhile, went 8-15 down the stretch without injured forward Gordon Hayward.

“In this league, you’ve just got to move on. And thank God, we get another chance,” said Terry Rozier, who led Charlotte with 22 points.

Charlotte, Washington and Indiana all entered the final day of the regular season at 33-38, essentially tied for eighth in the East. All were assured of getting into the play-in portion of the postseason; Sunday’s results determined exact placing and opponents.

Hornets vs. Wizards amounted to a one-game playoff for eighth; both held tiebreakers over the Pacers, who beat the Toronto Raptors 125-113.

It wasn't known whether Beal would play Sunday, but he started, wearing a strip of athletic tape down the back of his upper left leg that he peeled off early in the first quarter.

He opened 0 for 6 against Charlotte, which was playing the second half of a back-to-back, then finally made a 19-foot jumper with 6 1/2 minutes left in the first half.

"Didn’t seem like his body was ready," Brooks said.

The All-Star shooting guard wasn't moving quickly or freely. He picked up three quick fouls. After dribbling the ball out of bounds in the second quarter, he covered his face with both hands. He was 2 for 11 for just five points at halftime, which came with Charlotte ahead 56-52.

But Westbrook provided eight points as Washington responded with a 17-4 spurt to go ahead 96-94 with more than 7 1/2 minutes left, its first lead since the first quarter.

“Everybody’s down right now,” Charlotte point guard LaMelo Ball said, “but we’ve got another one.”

Wizards: Finished on a four-game home winning streak to go 19-17 in D.C. this season. ... Backup PG Raul Neto sat out with a tight left hamstring.

Wizards: At Boston on Tuesday in the East's 7 vs. 8 play-in game.