Wizards with one more opportunity to punch playoff ticket

Wizards must beat the Pacers on Thursday to advance in the NBA Playoffs. 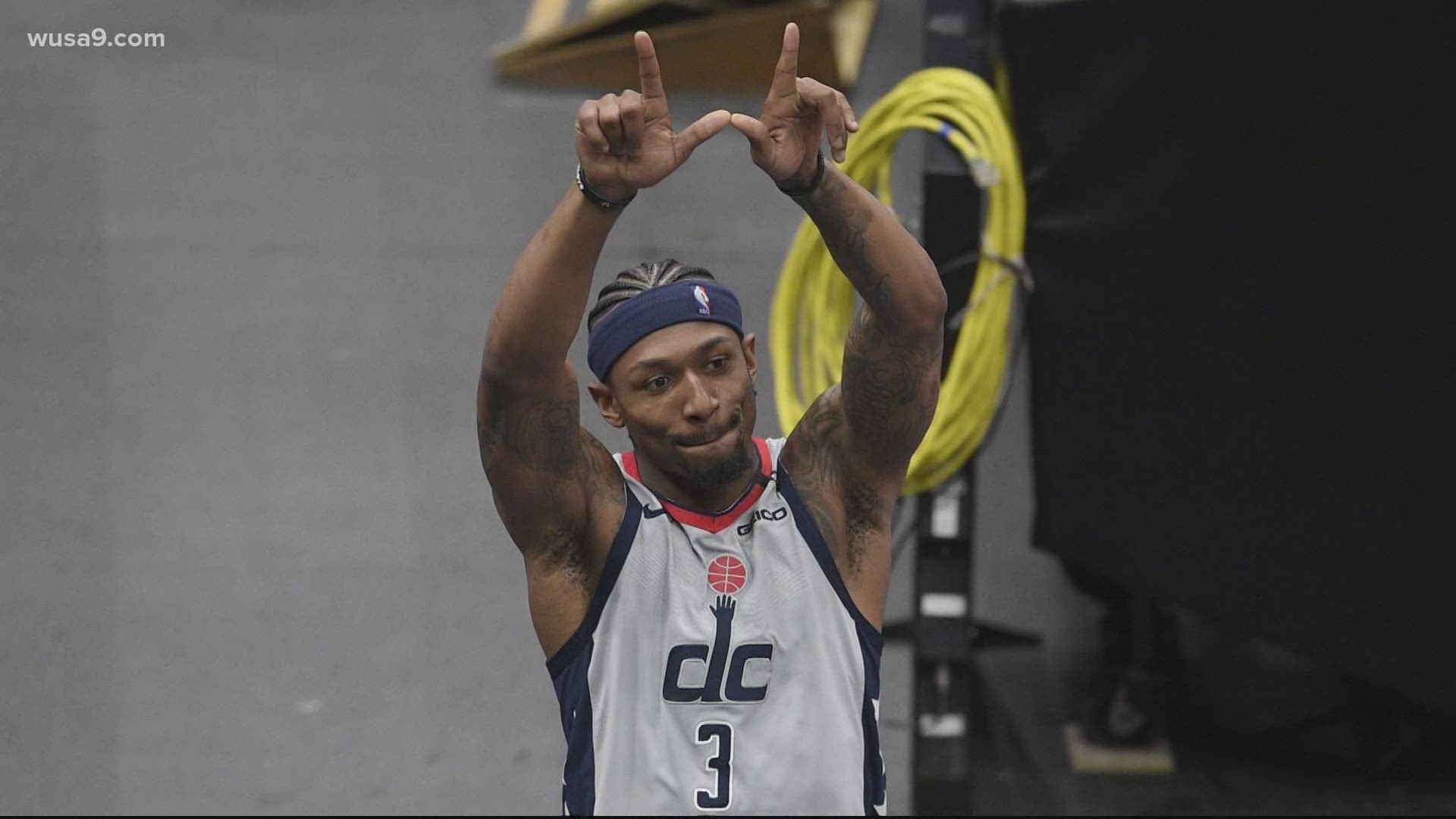 WASHINGTON — Don't count the Wizards out just yet!

Washington lost Tuesday night to Boston in the NBA's Play-In Tournament, 118-110. But, the Wizards have another chance to squeeze into the playoffs with a win over the Indiana Pacers Thursday night.

“We worked our butts off to be in this position. It’s a great opportunity for us to go back to our home court and reboot and play much better,” said Wizards head coach Scott Brooks.

The Wizards have a home-court advantage for Thursday's final play-in game. This will be the fourth time the Wizards and Pacers have played this year, with Washington winning the previous three meetings.

“We have to realize that this is the playoffs, and everybody has to up their level of play. We have to understand that every play is important, and every play has a sense of urgency,” said Wizards guard, Bradley Beal.

The Wizards' 18-point loss to the Celtics on Tuesday was their worst loss since April 10th. But history is on Washington's side seeing as this team hasn't lost back-to-back games since April 7th. Now, Washington is putting Boston in the rearview mirror.

“They outplayed us, let’s face it, we had a bad game. We haven’t had one of those in a long time. I think the last one was at Phoenix and that’s almost two months ago. We will regroup and we have a lot of confidence that our guys will bounce back,” said Brooks.

“We just have to be better. My head isn’t down, and I told the guys the same thing that this is where we want to be. We wanted to give ourselves the opportunity to get to the seventh seed, if that was the case, and now we still have an opportunity to get the eighth seed at home. Our heads are up, and we’re ready for Indiana on Thursday,” said Beal

But Bradley Beal is not playing at 100 percent. On Tuesday, he had four compression sleeves around his hamstring, as it continues to heal. He strained his left hamstring a few weeks ago, and is now just playing through it.

“I mean, call me the one-legged bandit or whatever,” joked Beal. I kind of have to adjust my way of playing now which is a challenge but I've been figuring it out. I just have to do what works for me, so I try to manipulate that, and I know teams are going to try to blitz me. I know I'm still a threat out here, no matter what percentage I’m at," said Beal.

Beal is not making excuses and says the bottom line is they have to win Thursday. A win gets them into the NBA playoffs as an 8-seed, they'd have an even taller task of facing top seed, Philadelphia.