The drug that killed Len Bias and ruined careers of dozens of athletes the past few decades isn't even on the National Hockey League's banned list. 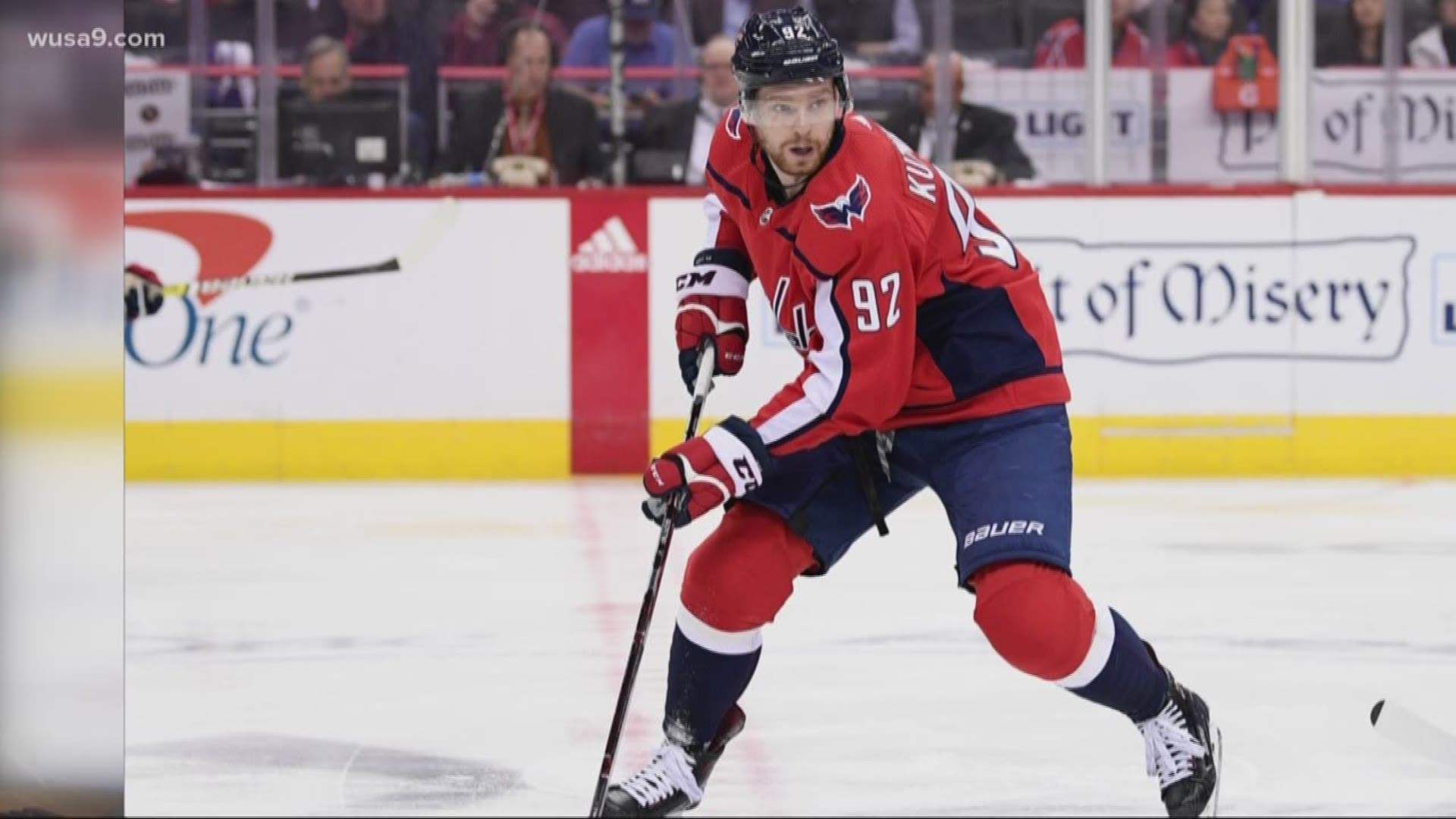 "The NHL only began formally testing all players for recreational drugs such as cocaine or marijuana in 2017. The NHL, unlike its major sports-league counterparts the NFL, MLB, and NBA, does not prohibit the use of cocaine or suspend players who test positive for the drug."

Friday morning it was announced that Evgeny Kuznetsov, the Capitals' flamboyant goal-scoring center hugely responsible for the franchise winning its first Stanley Cup in 2018, was suspended four years by the International Ice Hockey Federation after he tested positive for cocaine during the IIHF world championships on May 26.

But unfathomably, he may not miss a game in the NHL. Players caught by drug tests can enter a voluntary treatment program if the league deems the player has a problem with cocaine. But after a few days of embarrassing headlines, there is no other deterrent not to use the drug either during or after the NHL season.

And it's not as if Kuznetzov didn't have a history regarding the drug. A video surfaced this past summer from a Capitals' post-game party after they won the Stanley Cup, which features Kuznetsov in the foreground and two lines of what appears to be powdered-white cocaine on a mirror next to a rolled-up dollar bill (presumably what was used to snort the cocaine).

Kuznetsov deflected at the time, denied he used and placed all blame on the person who posted the video to their Instagram account. The NHL and Capitals completed their investigation of the video and decided no disciplinary action was needed.

Give Kuznetsov this: like any person that comes out of denial about substance abuse and recognizes that admitting you have a problem is the first step toward sobriety, he owned his responsibility after the announcement Friday.

"I feel absolutely terrible for letting you down," he said to his fans in a statement jointly released by the team. "I realize that the only way I can win you back is to take ownership of my situation and my actions from this point forward."

The NHL then announced that Kuznetsov has "voluntarily sought help through the education and counseling program provided for in the NHL and NHLPA collective bargaining agreement," which includes regular drug testing.

NHL commissioner Gary Bettman will also sit him down in his Manhattan office in the coming weeks to "review his conduct." Given the investigation of the video and the positive drug test being so close together, the gut here is Bettman will make an example of Kuznetsov by suspending and fining the 27-year-old.

And here's hoping the player affectionately known as "Kuzy," whose bird-flapping histrionics after big goals are part of this Capitals' era zeitgeist, gets the help he needs to realize he doesn't need cocaine for recreational or performance-enhancing reasons.

But the real hope is the National Hockey League will ban the drug like the World Anti-Doping Agency has in every Olympic sport. The real hope is that the NHL will not just look at the myriad athletes who snuffed out their own lives with cocaine the past four decades -- Len Bias being the most famous around these parts -- but also scrutinize the damage the drug has caused its own sport over the years.

Calgary's Theoren Fleury resort to cocaine to get the dopamine he was craving, as well as to shut out the dark days of his childhood. It almost cost him his career and life before he found sobriety.

Former Red Wings enforcer Bob Probert was once arrested for smuggling over a half ounce of cocaine across the U.S./Canadian border. He spent $42,000 on his habit per year and found himself in rehab five times before the age of 22. He died of cardiac arrest at 45.

It's an old problem that's come back to haunt the NHL. Four years ago, NHL deputy commissioner Bill Daly acknowledged the league again had a cocaine issue.

"The number of [cocaine] positives are more than they were in previous years and they're going up," he told TSN in an interview. "I wouldn't say it's a crisis in any sense. What I'd say is drugs like cocaine are cyclical and you've hit a cycle where it's an 'in' drug again.

Twelve, 20, 100? Does it really matter? What matters is one. What matters is Evgeny Kuznetsov realizes he has a problem with a drug that remains off the NHL's banned substances list.

"Russian Machine Never Breaks" was named for a hilarious Ovechkin quip several years ago. Playing along with every Ivan Drago stereotype about the indestructible, monosyllabic Soviet cyborg, everyone laughed when the Caps' star said it.

But here's the thing: cocaine just broke a Russian Machine. It made Kuzy realize he needs help to stop using it. Now when is the NHL going to realize cocaine can break it too?