The school said it was adding women's gymnastics, women's swimming, and women's volleyball back to its lineup to advance Title IX equity. 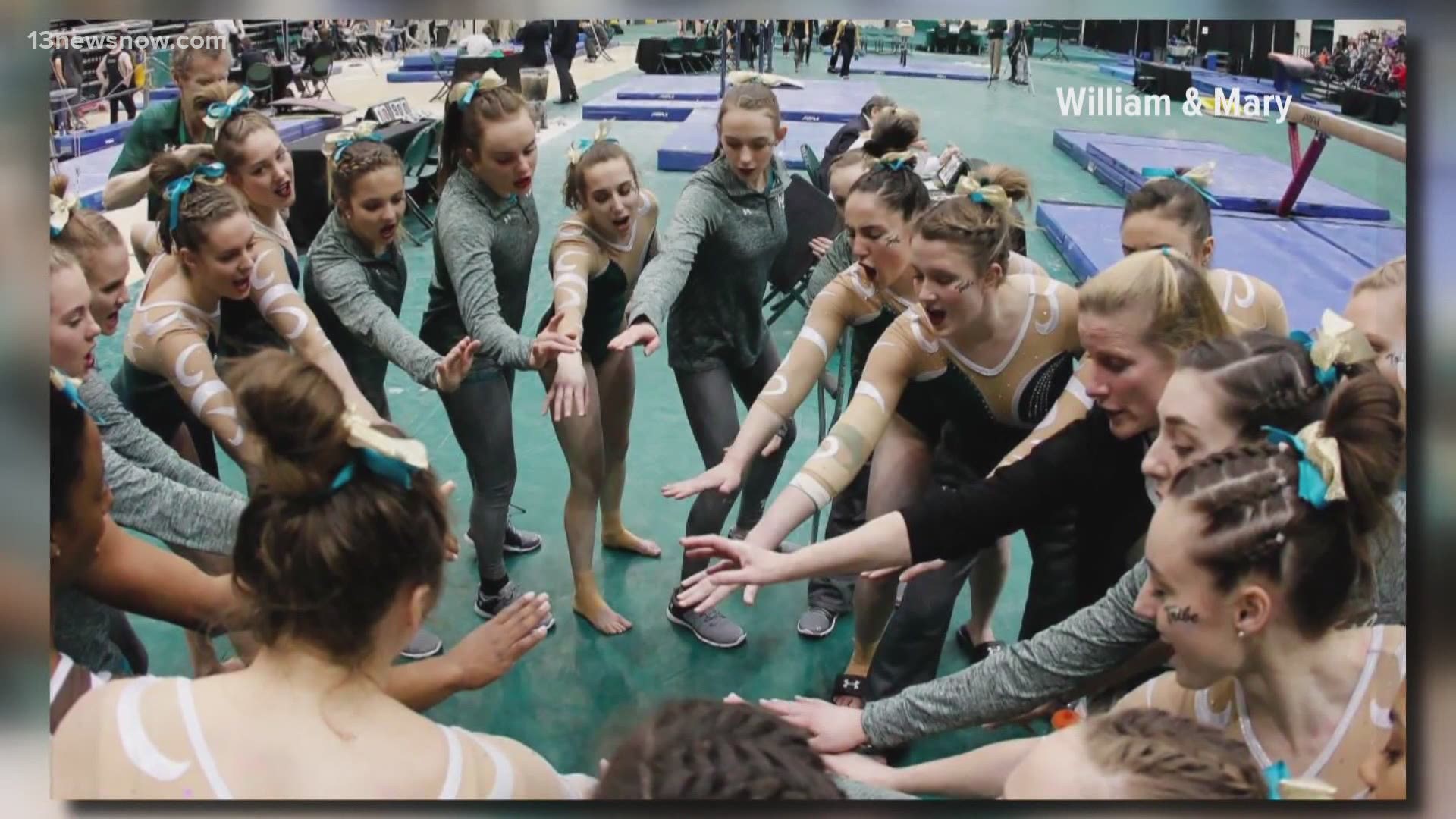 WILLIAMSBURG, Va. — William & Mary said it would reinstate three women's sports which initially were cut along with other athletic programs at the university.

On September 3, the school said it would discontinue seven of its 23 NCAA Division I varsity sports, effective at the end of the 2020-2021 academic year:

The goals were to address budget issues which the COVID-19 pandemic exacerbated as well as fix gender equity imbalances that were inconsistent with the requirements of Title IX.

In the time since the announcement, William & Mary received notice of intent to sue on the grounds that the plan, including the cuts and associated roster adjustments in other sports, would not meet Title IX standards fully. Interim Director of Athletics Jeremy Martin determined that attainment of the anticipated roster adjustments wasn't certain and that the plan wouldn't achieve equity in participation by next fall. To bring progress more quickly, the three women's sports would need to be restored.

As a result, Women's Gymnastics, Women's Swimming, and Women's Volleyball, which will continue as Division I varsity sports.

Monday, the university said W&M Athletics would pursue a "robust process" for completing a longer-term gender equity review this academic year and create opportunities for input from all members of the community who wish to be part of the conversation. The review is supposed to lead to a gender equity strategic plan that will ensure Title IX compliance during the 2022-23 academic year and beyond.

A news release stated: "The Department of Athletics and University Advancement will work with the Tribe Club and the W&M Foundation to identify the financial needs of every varsity sport going forward, set targets, and renew efforts to raise funds to sustain those programs."

Martin said there isn't a clear and easy pathway to reinstate the four suspended men's programs immediately, while making significant progress toward gender proportionality; however, he said the school remains committed to swiftly continuing conversations with those affected programs in order to look at every viable alternative before making a decision for the near term.

(2/4) After further review conducted in response to an impending lawsuit, Interim AD Martin concluded that the announced Sept. 3 plan, including the cuts and the associated roster adjustments, wouldn’t achieve equity by fall 2021, and as a result restored the 3 women’s teams.

(4/4) For the full release and to visit the FAQs, visit https://t.co/wUwLCEuvHw.