Wayne Gretzky isn't shy about his love for St. Louis

'You'll find out this is one of the greatest cities in the world. It's a great time to be a part of St. Louis.' - Wayne Gretzky 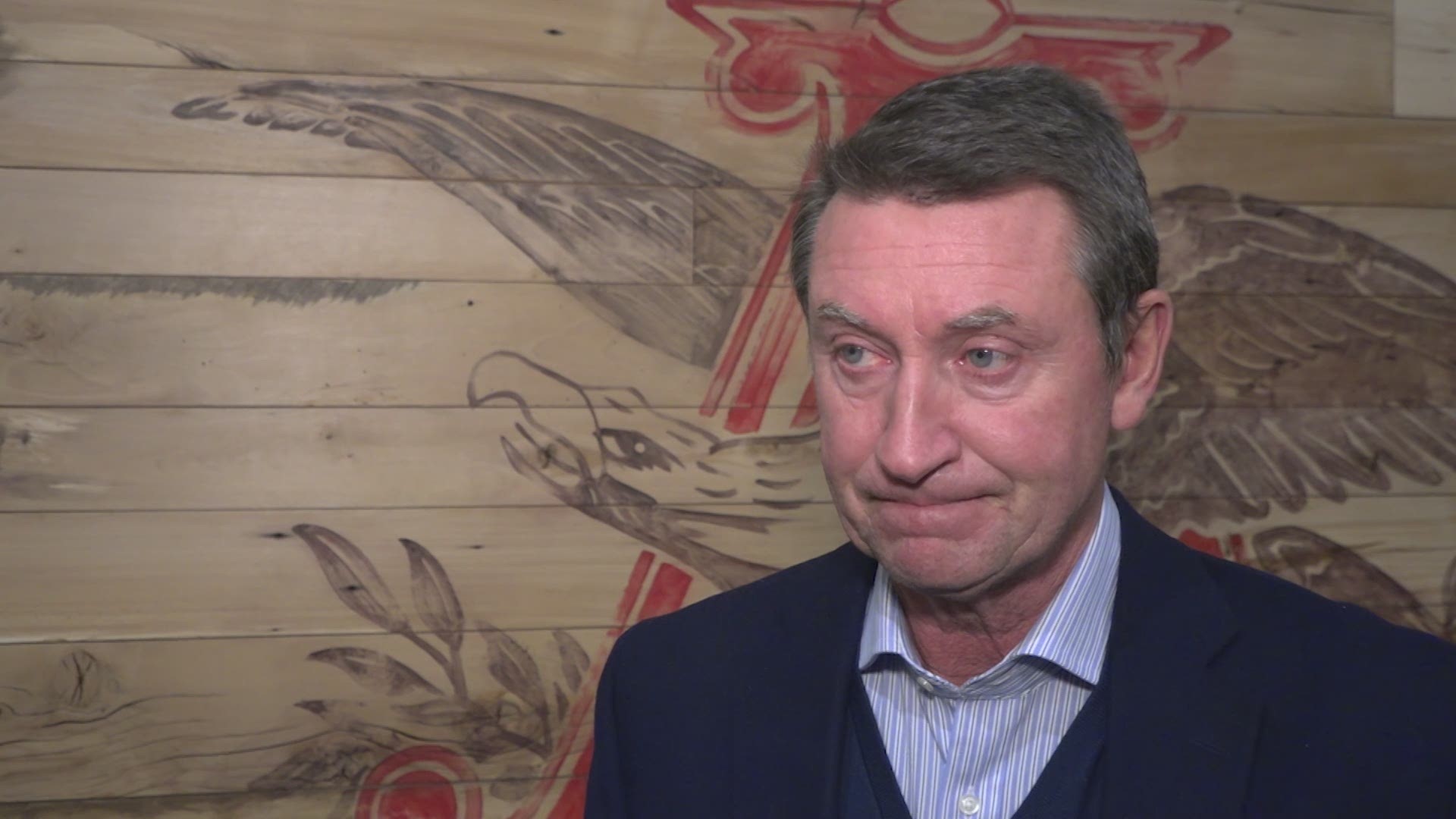 ST. LOUIS — Think about the most popular sweaters you see when going to a Blues game.

You'll see Tarasenko and Pietrangelo jerseys galore, with a mix of O'Reilly, Binnington, Hull and even a few of Oshie in there for good measure. But every time you're at Enterprise Center, you are guaranteed to see a few number 99 Wayne Gretzky sweaters floating around.

When the greatest player that ever lived played for your franchise, no matter how briefly, you embrace it. And Gretzky has embraced St. Louis as well.

'The Great One' played just 31 games as a member of the Blues, but the city's impact on him goes beyond hockey.

Watch: Wayne Gretzky talks about his connection to St. Louis, thoughts on the Blues winning the Stanley Cup

"It's a big part of our life. My wife and her family are from St. Louis and it's a tremendous city as everyone knows who lives here," Gretzky said while in town for the 2020 All-Star Game. "It's just a really great place to raise a family and be a part of. I've really enjoyed my time here. I have nothing but positive thoughts when I'm in town here. Even when the weather is cold and rainy like today, it's still a wonderful place to live."

'The Great One' knows the history, too, and just how good of a hockey town St. Louis can be.

Watch: Garry Unger talks about his time as a Blue, and that legendary hair

"I think that, as everyone knows, in 1994, Brett Hull basically saved the NHL in St. Louis. And from that, the beautiful facility was built, along the way youth hockey became a big part of the success of this area with a lot of kids now playing in the NHL," Gretzky said. "So hockey became a big part of this community. All they needed was the cherry on top to win the Stanley Cup."

Watch: Red Berenson talks about his relationship with St. Louis

And when the Blues finally got that cherry on top last season, Gretzky was cheering right along with the rest of St. Louis.

"From ownership to president to general manager Doug Armstong and Craig Berube the coach, and of course the players, it was a really fun run," Gretzky said. "I hope one day we get to see that again in Edmonton because my heart is in Edmonton also. But while I was here it was just one of the great thrills for any sports fan, and of course, for the die-hard Blues hockey fans that have been here since 1967, it was worth the wait and just really special."

Gretzkty gave the fans another line to cheer for at the Friday night skills challenge at Enterprise Center. He came out to kick off the festivities and called St. Louis "One of the greatest cities in the world". The arena erupted. 'The Great One still knows how to excite a crowd.

RELATED: Everything you need to know about the 2020 NHL All-Star Game in St. Louis

RELATED: 'This is where they grew up watching the Blues | Tkachuk family ready for All-Star Weekend

RELATED: T.J. Oshie is back in St. Louis where it all began, as a first-time All-Star