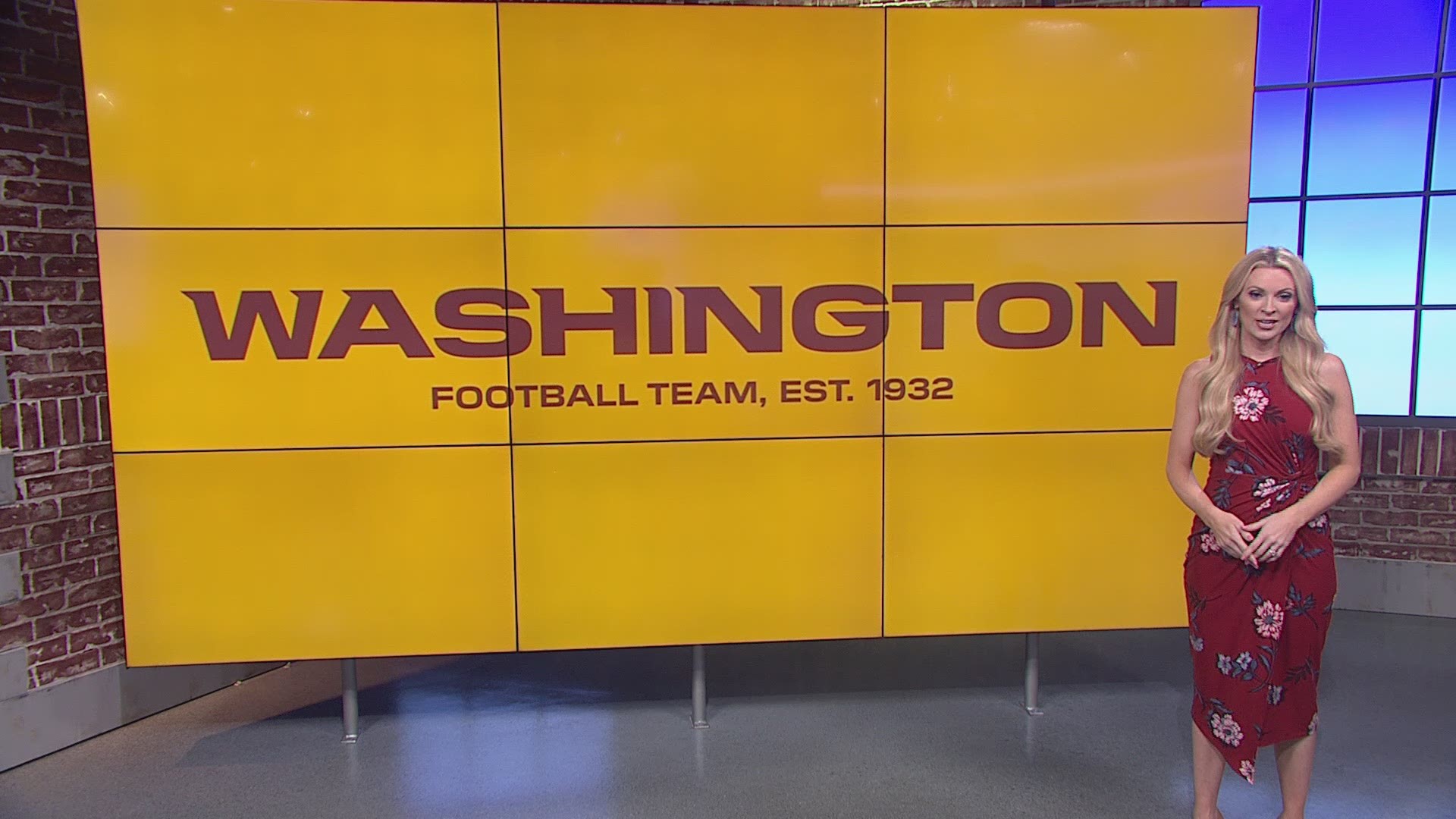 There was some surprise with the team’s first pick in the linebacker out of Kentucky, Jamin Davis. His statistics not as flashy as some, but his skill speaks volumes and Washington Football Team head coach, Ron Rivera, likes what he sees.

"He has position flex, he can play all of our linebacking positions, as he's got that kind of athletic ability. He's what you look for in a football player," said Rivera.

"I'm just trying to do as best I can to represent myself and my family and just learn as much information as I can and pretty much be a human sponge," said Washington's first-round selection, Jamin Davis.

For Washington's second round pick, the Football Team decided to fill a need on the offensive side of the ball, going after the 300 pounds, 6'6 offensive tackle from Texas, Sam Cosmi.

Cosmi was hosting a big draft party, and he got the call from Rivera while surrounded by friends and family. It's a moment that's gone viral on social media.

"It's really cool, it really way. I think Sam was probably my favorite. Our social media team captured that moment on video really well, and it got to some people," said Rivera in talking about making that phone call to Cosmi on draft day.

Washington had two picks in Round 3, beginning with cornerback Benjamin St- Juste. He's Canadian and due to COVID-19 restrictions, couldn’t be with his family for the NFL Draft. He told me on the phone, he had his family on Zoom for the big moment, but that moment came with a slight delay.

"Things were a little bit delayed and they actually got the pick before me. I was still waiting on the phone call. It was crazy, I was on cloud 9 getting that call after all that hard work. That was great," said St-Juste on getting drafted.

What a blessing! Let’s get right to work!🙌🏽 @WashingtonNFL #BSJ pic.twitter.com/4QU94Mp6iW

Washington snagged wide receiver, Dyami Brown, later in the third round, and followed up with tight end, John Bates, out of Boise State in the fourth round.

"Their speed is part of their athletic ability and we are trying to make more of an effort in playing fast," said Rivera in regards to his early-round draft picks.

Washington had five picks in Rounds five through seven, and selected three defensive guys in that bunch including, Darrick Forrest, the defensive back out of Cincinnati, William Bradley King, a defensive end out of Baylor, and Shaka Toney, a defensive end from Penn State.

A surprise move by Washington this weekend was when they traded up to get a sixth round pick and selected the long snapper Camaron Cheeseman on Michigan.

When asked about that pick after the draft, Rivera smiled and simply said, "I like the long snapper."

With its final selection in the NFL Draft, Washington selected wide receiver, Dax Milne of BYU.

Dreams do come true!! So grateful for the Washington Football Team believing in me! Thank you to all my family, friends, and fans who have supported me in my journey. I’m ready to go to work and make y’all proud! @WashingtonNFL pic.twitter.com/SdVLgt96iM

Then minutes after the draft wrapped up- Washington signed Buffalo running back, Jaret Patterson, as an undrafted free agent.

Patterson is a Glenn Dale, Maryland native who now has the chance to play at FedEx Field, just seven miles from his hometown.

It was already written!! Thank you god!! pic.twitter.com/DmGLrnYmxh