Defensive Coordinator, Jack Del Rio will fill in for Ron Rivera in the event the head coach misses time due to treatments. 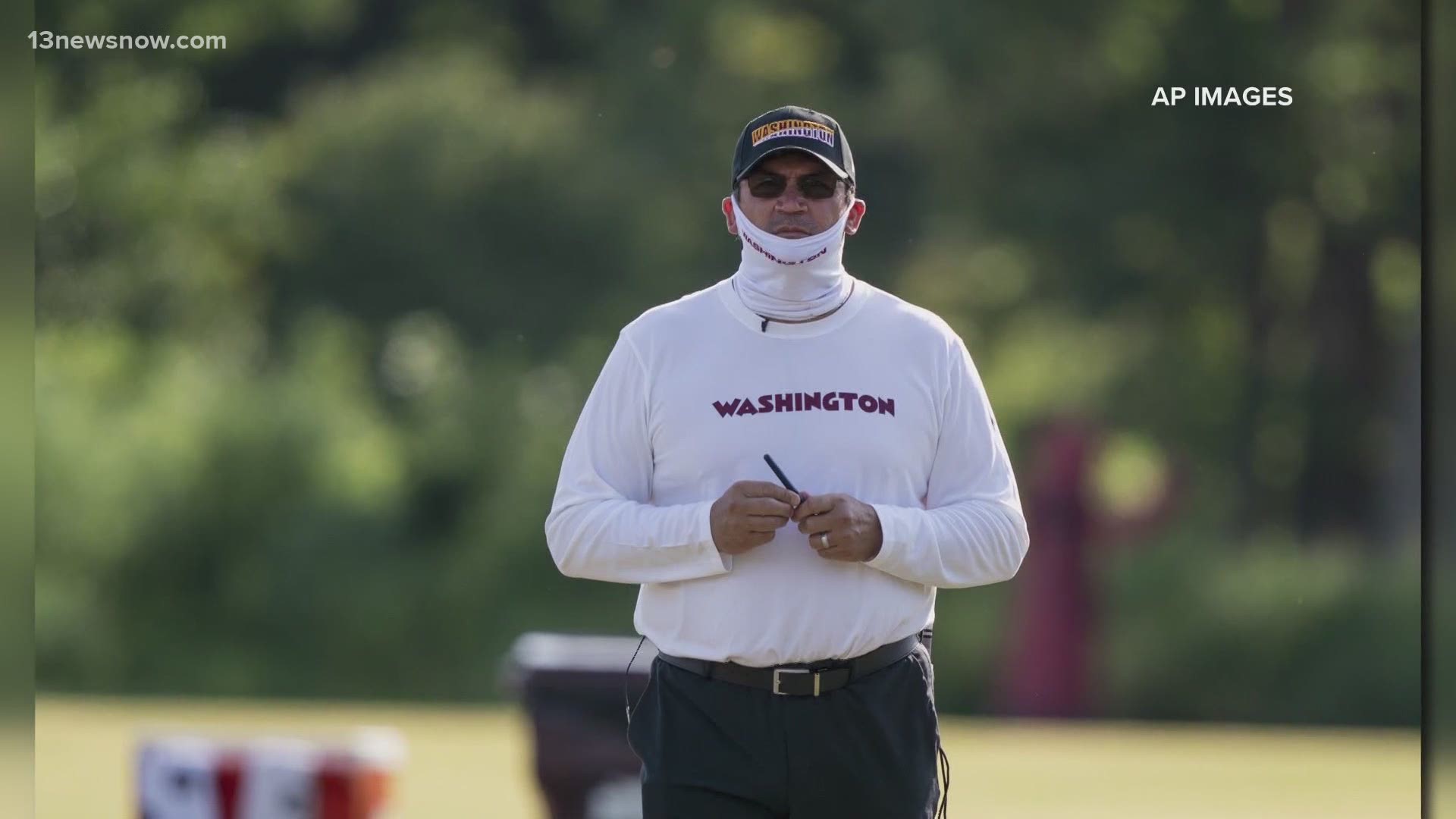 ASHBURN, Va. — As if Ron Rivera's plate wasn't already full as the new head coach in Washington. He made his first statement since the team announced a few days ago, he was diagnosed with a form of skin cancer.

The 58-year-old has what's known as squamous cell carcinoma and it's located in a lymph node from his neck. The team doctor says it was detected in the early stages and is considered very treatable and curable. Rivera has everything in place and plans on still coaching when possible. "I'm fine I'm going to I'm going to work through this as I said we have you have a plan B", he said.

His Plan B is for defensive coordinator, Jack Del Rio to fill in when Rivera isn't there. Del Rio filled an interim role with the Denver Broncos in 2013 when coach John Fox was recovering from heart surgery and is confident things will run smoothly if that’s needed this time. Rivera said, "I've got a guy that's been a head coach. Been in this situation before and that's what the plan is."