Haskins to start for Washington vs. Seattle with Smith out

Coach Ron Rivera ruled out Smith and standout rookie running back Antonio Gibson on Friday and named Haskins the starter. 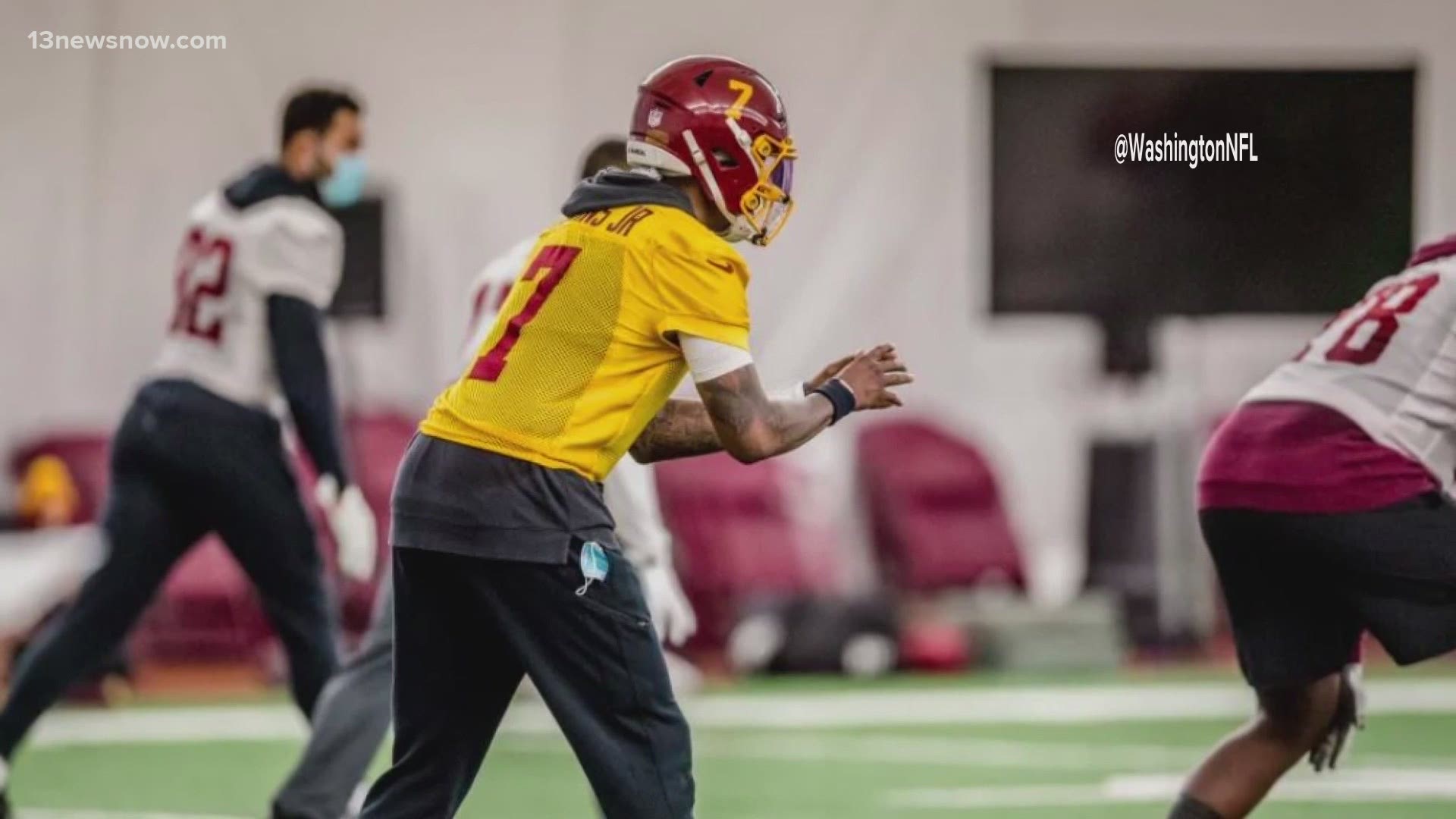 ASHBURN, Va. — Dwayne Haskins is set to start at quarterback for Washington on Sunday against Seattle because starter Alex Smith is out with a right calf injury.

Coach Ron Rivera ruled out Smith and standout rookie running back Antonio Gibson on Friday and named Haskins the starter. Smith had hoped to play despite not taking part in full practices this week.

Dwayne Haskins will start Sunday. Alex Smith has been ruled out. pic.twitter.com/mYcMytSTBv

“Getting to watch him do some of his movements and some of the things he was going to have to do in the game, he still felt a little tight,” Rivera said.

Haskins will be making his first start since a Week 4 loss to Baltimore. The 2019 first-round pick relieved Smith in Washington’s most recent game against San Francisco.

Rivera benched Haskins after four starts and initially turned to Kyle Allen. After Allen got injured, Smith started an NFL game for the first time since 2018. Washington is 4-1 since Smith took over.

“I’m excited for the opportunity,” Haskins said. “The biggest thing I wanted to do facing this whole thing was come out the other side stronger. That’s what I did. And I’m looking forward to doing that with any opportunity that I get going forward.”

Gibson will miss a second consecutive game with a toe injury. Linebacker Cole Holcomb is out with a concussion.