With 20 games remaining, a lot needs to happen for the Wizards to make a playoff run. 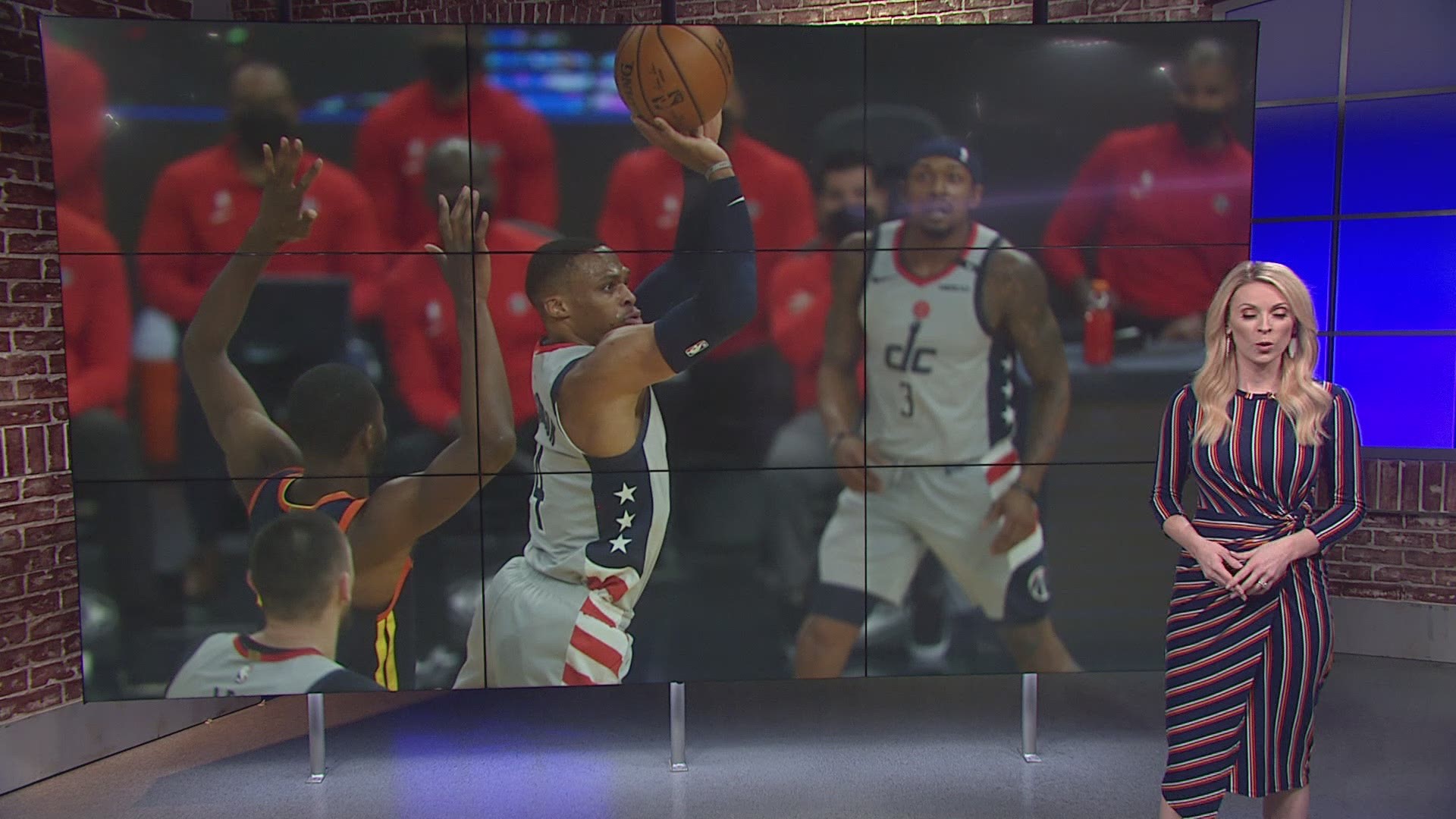 WASHINGTON, D.C., USA — With a little more than one month left in the NBA regular season, and 20 games remaining, it's no secret, a lot needs to happen for the Washington Wizards to make the playoffs.

As it stands now, their record is 19-33. Only four teams in the NBA have a worse record.

"It's a tough business, this is a tough league. You have to be mentally, emotionally, physically ready to give everything you have for your teammates. Everybody feels an off-day, but you can't give in to off-days you need to fight through it," said Washington Wizards head coach Scott Brooks.

Wizards' all-star guard, Bradley Beal, has missed six of their last eight games due to injuries. The team's big man in the paint, Thomas Bryant, has been out most of the season to an ACL injury.

But, there is an upside on the injury report regarding point guard Russell Westbrook. He says he's just about at 100% and playing some of his best basketball as of late.

"I'm about there. I'm just trying to find ways to keep our team going based on who's playing, who's out, who's in, it's a little different and I'm trying to figure out how to manage the game," said Westbrook.

With the injuries, the Wizards have had to rely more on some of their young talents, like the 20-year-old rookie, Deni Avdija.

Coach Brooks even changed up the locker assignments, to put young guys near veterans. He's hoping they can learn something about game day preparation.

"It's important for Deni to see our leadership, and how they prepare," said Brooks.

Westbrook likes the idea of having these younger guys look up to him.

"It's a part of wanting to be a professional, and it's a part of leadership, and I'm not saying they have to do exactly what I do, I'm just saying this is what you can do to get your mind prepared to go out and be as consistent as possible," said Westbrook.

It’s an uphill battle for the Wizards from here on out.

If they want to finish the season with a winning record, they will need to win 18 of their last 20 games.

The Wizards' next game is Monday against the Utah Jazz.