Dennis Rodman's daughter, Trinity, is among one of the young Spirit players making a name for themselves. 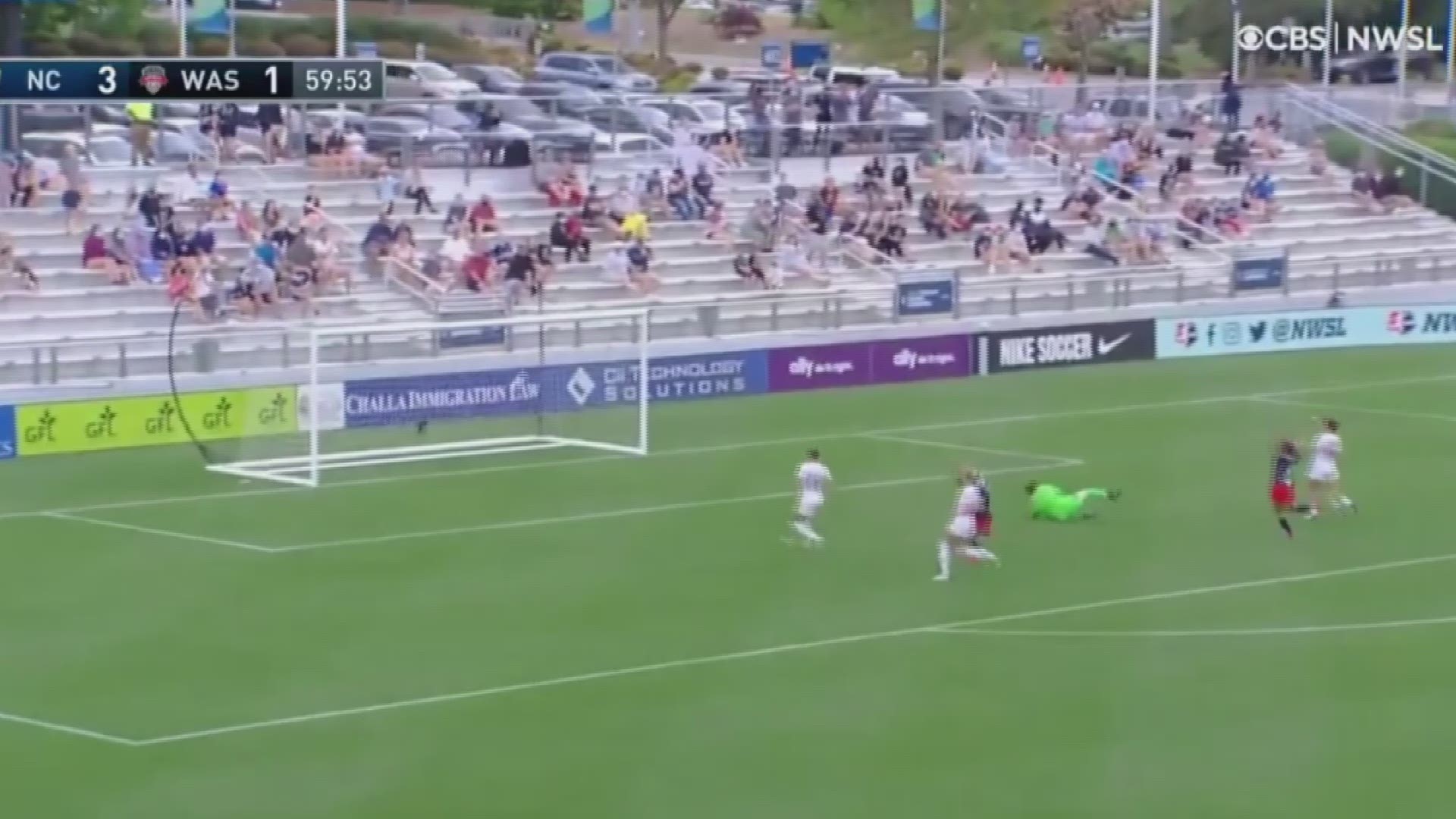 And on April 10, she made history again.

In her professional debut and the Spirit's first match of the season, Trinity became the youngest American to score a goal in league history, when she fired a dart into the back of the net against North Carolina.

She made a big first impression on the league and her team.

"As soon as I stepped out there, we were down and I was just ready to make an impact on the game. I was ready to bring the energy and bring everybody up once I stepped on the field. It was awesome," Trinity said about playing in her first match and scoring a goal.

When asked if she feels like she's the youngest on the team, Trinity was quick to answer with, "only in social settings sometimes, but when I'm on the field, it feels like home and I feel like everybody else. It's easy to fit in with the team because they're so good with me and always helping me to become a better player."

Trinity joined WUSA9 on Zoom with teammate Ashley Sanchez. Both she and Sanchez combine for two of the Spirit’s three goals this season. Sanchez, who is just 22, scored in the 93rd minute against Louisville -- giving Washington its first win of the season.

"It was awesome. We were coming off a loss, so I was just trying to get a win for our next game, and Trinity played an awesome ball," Sanchez said referring to Trinity's pass to her out front -- allowing Sanchez to score the goal.

A well deserved @budweiserusa Player of the Match 😌 goes to Ashley Sanchez pic.twitter.com/xJzL4WkZpu

Both already budding stars, but both would prefer to stay away from the spotlight.

"I just don't like it very much, I don't know," said Sanchez referring to the spotlight. Rodman said, "I'm definitely one to keep more to myself and I definitely don't like when I'm being talked about a lot."

But for Trinty, the spotlight has found her most of her life.

Her father, Dennis, won five NBA championships with the Detroit Pistons and Chicago Bulls in the late 80s and 90s. Trinity made the decision early in life to follow in her dad’s footsteps of becoming a professional athlete, always sharing his competitive spirit and drive.

"He knew I was ready for it. He's known for a while, both my parents have. I've been pretty independent and driven mentally so I think he knew it was going to be easy to transition into this profession and I think it has been because of my mentality," Trinity said.

Trinity and Sanchez take the pitch again Tuesday, April 27, and for the first time in more than 400 days, they'll be playing in front of their home fans.

Tickets are still on sale now.

Something was missing tonight... 🧐

400+ days without @WashSpirit fans in the 🏟 will soon come to an end (tears of joy)!