How much credit does Dan Snyder deserve for changing the name of his team? Not much | Reese's Final Thought

It took Dan Snyder years to change the name of his team, let's not give him credit now. 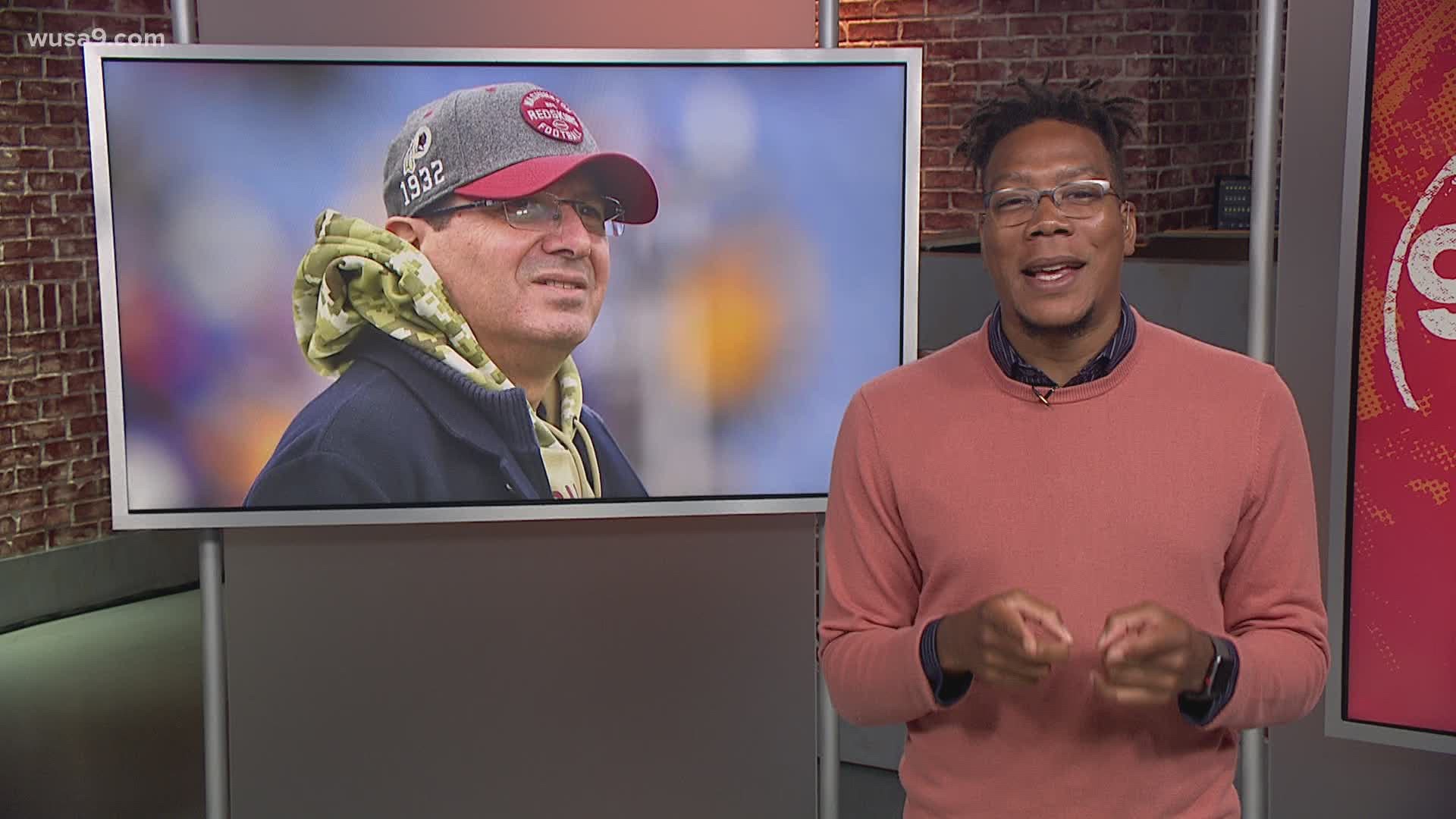 WASHINGTON — As you’re all aware by now, the Washington Redskins have announced that they are retiring their name and logo after being pressured to do so by sponsors, the public and even minority ownership within the franchise. I, like many fans, wanted to think that this could open a new chapter in the team’s history. Think of all the time spent pondering what ifs while losing by three touchdowns. Unfortunately, despite the name change, all signs point to business as usual.

Dan Snyder has handled this the same way that he’s handled everything else since he bought the team. There was no transparency in the process of the name review and there will be none with the name change.

The Wizards made a terrible choice, but at least they ran a poll so we could vote out Sea Dogs.

RELATED: A Look Back: When the Washington Bullets became the Wizards

Snyder doesn’t care what the fans want if they continue to spend money on tickets. He has an opportunity to connect with fans and let the come up with idea, logos and artwork.

More importantly, he had an opportunity to step to a podium and announce why the name would be changing and make a powerful statement for change and equality.  Instead he sends out a press release like a petulant child. A press release that mentions the sponsors before the fans -- which lets you know what the real driving force behind this decision was.

Snyder missed an opportunity to be on the right side of history and to show strong leadership. Instead, he decided to punt and play defense-- his usual modus operandi.

Snyder and Ron Rivera will get together and decide on a new name, even though Ron Rivera has been with the team all of 15 minutes.

It's so bad in Snyderville that minority ownership wants to sell. And this is despite the name change. Do you know how bad you must be to work with for people to forgo a license to print money?

While a name change is long overdue, it’s clear it happened in spite of, not because of, Snyder's wishes. And the way he's handled it tells me not only does he not deserve credit, he hasn't learned a thing. The way this organization, and I use that term loosely, operates, I have little faith in their ability to handle this name change well, and when they do get back on the field, I’m afraid it'll be the same bit, different name.

RELATED: Here's what Washington's football squad faces ahead of the 2020 season, training camp

RELATED: VERIFY: Did a poll show that 9/10 Native Americans were not offended by Washington's NFL team name?