Reuben Foster was on the ground after he was injured and was carted off the field. He appeared to be in a lot of pain. 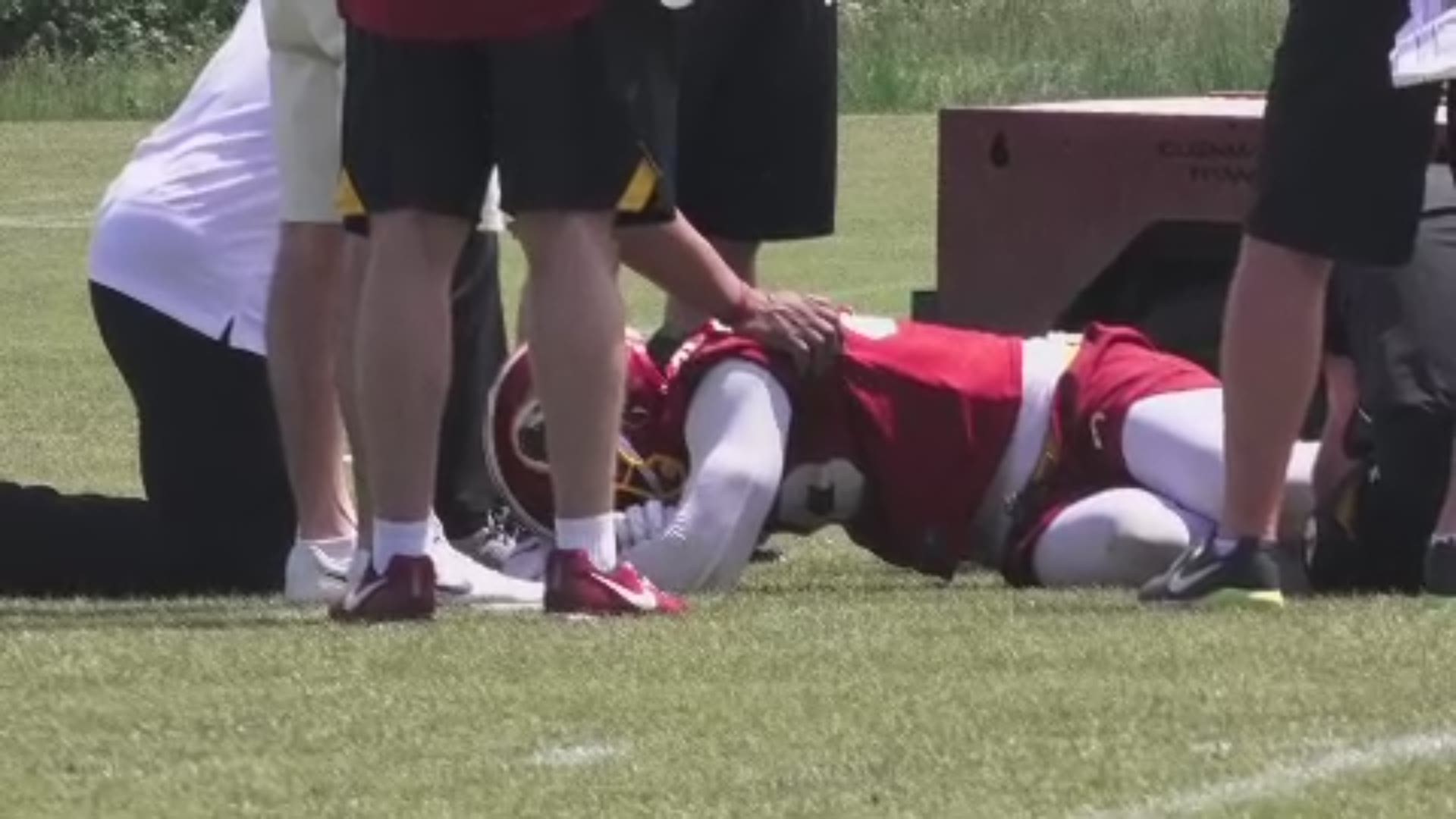 ASHBURN, Va. — Third play of the Burgundy and Gold practice and Reuben Foster screamed in pain, grabbed his left knee and fell to the ground.

The linebacker was carted off the field, crying. Foster reportedly tore his ACL, according to a tweet from Ian Rapoport.

Foster underwent an MRI shortly after the injury.

Reactions of teammates ran the gamut from shocked to thinking Foster will be ok.

Fellow first rounder Dwyane Haskins was nearby the incident, "I was right there when it happened. It was definitely awkward, but I hope he’s alright." 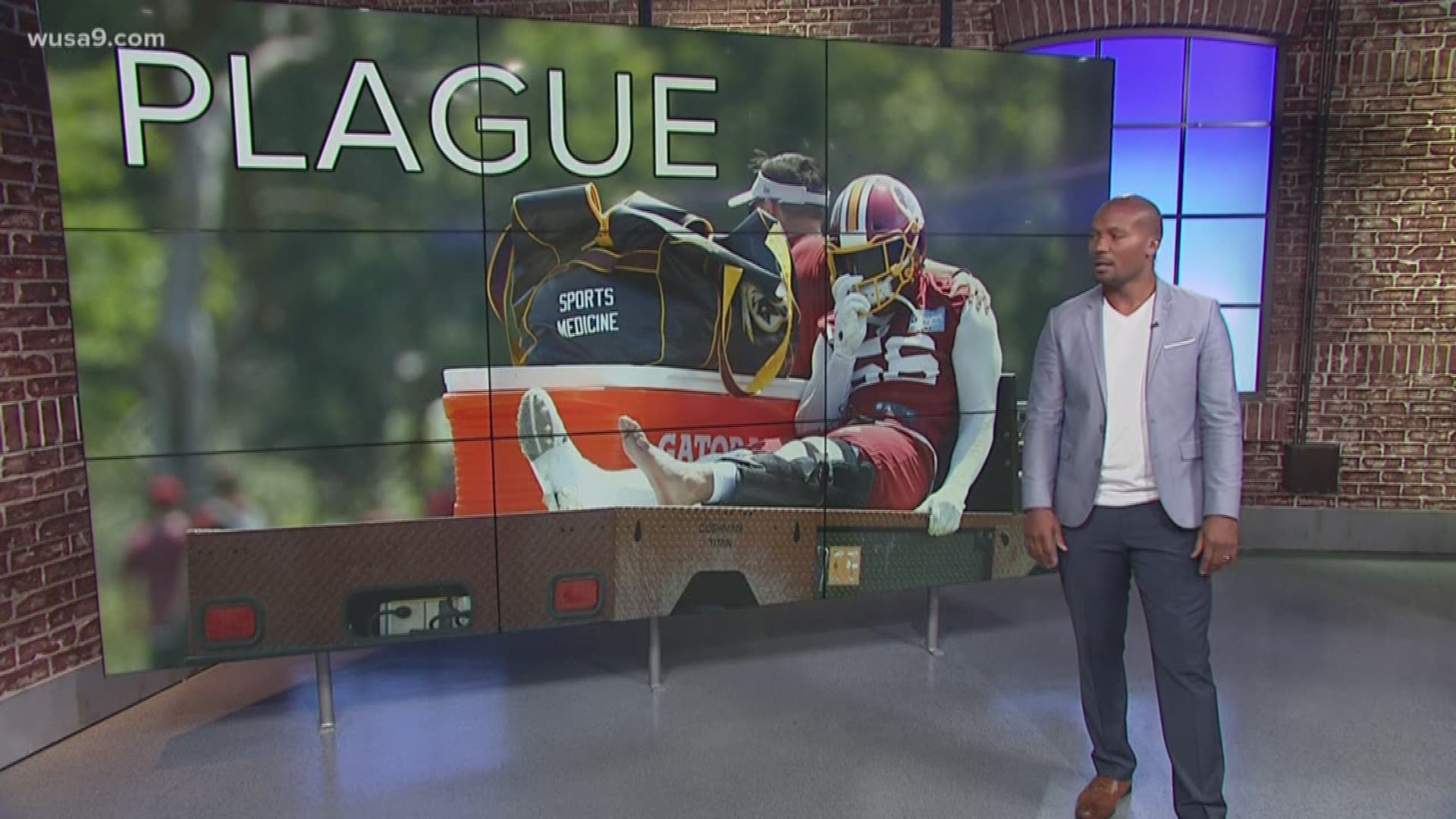 Veteran quarterback Case Keenum said, "It's never good when anybody gets hurt, especially in the spring when you’re going against yourself. We had a great talk today about protecting each other and being a team."

Head Coach Jay Gruden said it happened when Foster stepped on another player's foot running a play and then landed funny on his own leg. He stayed on the ground for several minutes. "He wouldn’t be laying down unless something was wrong. We’ll hope for the best right now until we get the results. But, very concerning for sure. I’ll just have to wait and see before I get too emotional about it."

Foster is the player the team picked up last November after the San Francisco 49ers let him go following domestic violence charges. The charges were later dropped.

The NFL gave him the go-ahead last month to play football with only a two game fine and no suspension.