The Giants helped Washington's playoff chances with a loss to the Arizona Cardinals. 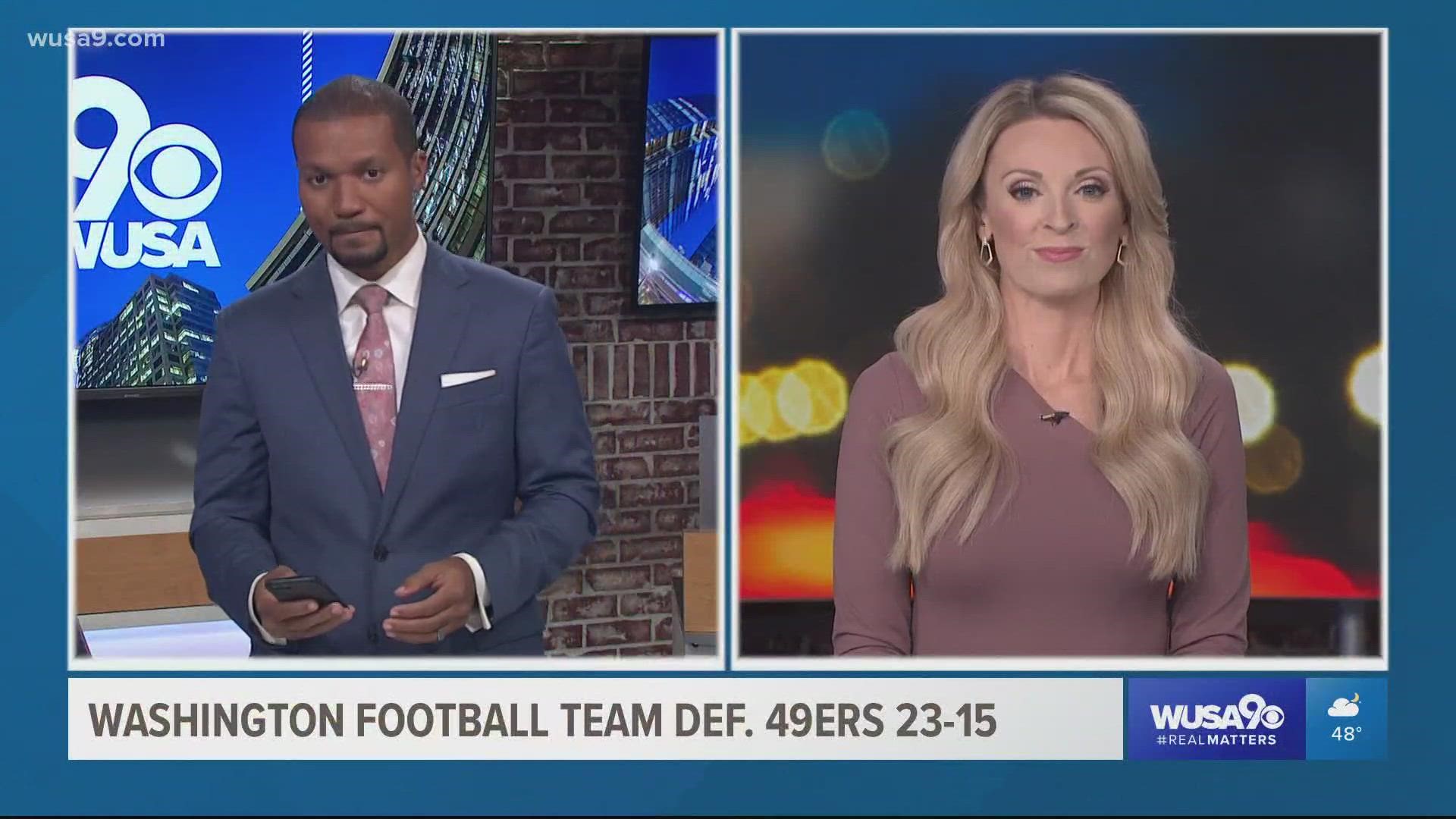 WASHINGTON — The Washington Football Team has extended its lead in the NFC East and furthers its hopes of making the NFL playoffs after a win over the San Fransico 49ers 23-15 on Sunday.

This is Washington's first four-game winning streak since 2016.

“We’re trying to talk about where we’re headed, not where we’ve been,” Washington coach Ron Rivera said. “That’s one of the big things in the message I’m hoping to get across. As we go forward as a football team, we’re going to be a different team.”

Washington (6-7 overall) started out with offensive struggles as the 49ers controlled the line of scrimmage. But after being down 7-0, Washington scored 13 unanswered points in the 2nd quarter to lead by six at halftime.

Washington's defense was the real MVP of the game, scoring touchdowns on both a fumble recovery and an interception.

This is the first time since 1997, Washington recorded scores on an interception and a fumble in a single game.

Washington defensive end Chase Young scored one of those touchdowns off a fumble recovery. He became the first player in Washington franchise history to record a fumble return touchdown, a forced fumble and a sack in a single game.

"I’m at a loss for words," Young said. “I was out there playing ball and good things happened for me today.”

Alex Smith was replaced in the second-half by Washington quarterback Dywane Haskins because Smith had soreness in his surgically repaired right leg.

Due to COVID-19 restrictions in Santa Clara, California, the game was played in Glendale, Arizona.

The New York Giants (5-8 overall) helped Washington's playoff chances with a loss to the Arizona Cardinals.

Washington lost to the Giants in both its games this season against the divisional opponent.

Washington's next game is against the Seattle Seahawks on December 20 at 1 p.m.