Locked On Nats: Recapping series with Mets, looking ahead to stint against Blue Jays

Washington wins only once in three-game series against the Mets. The team now heads to Florida to play Toronto starting Tuesday. 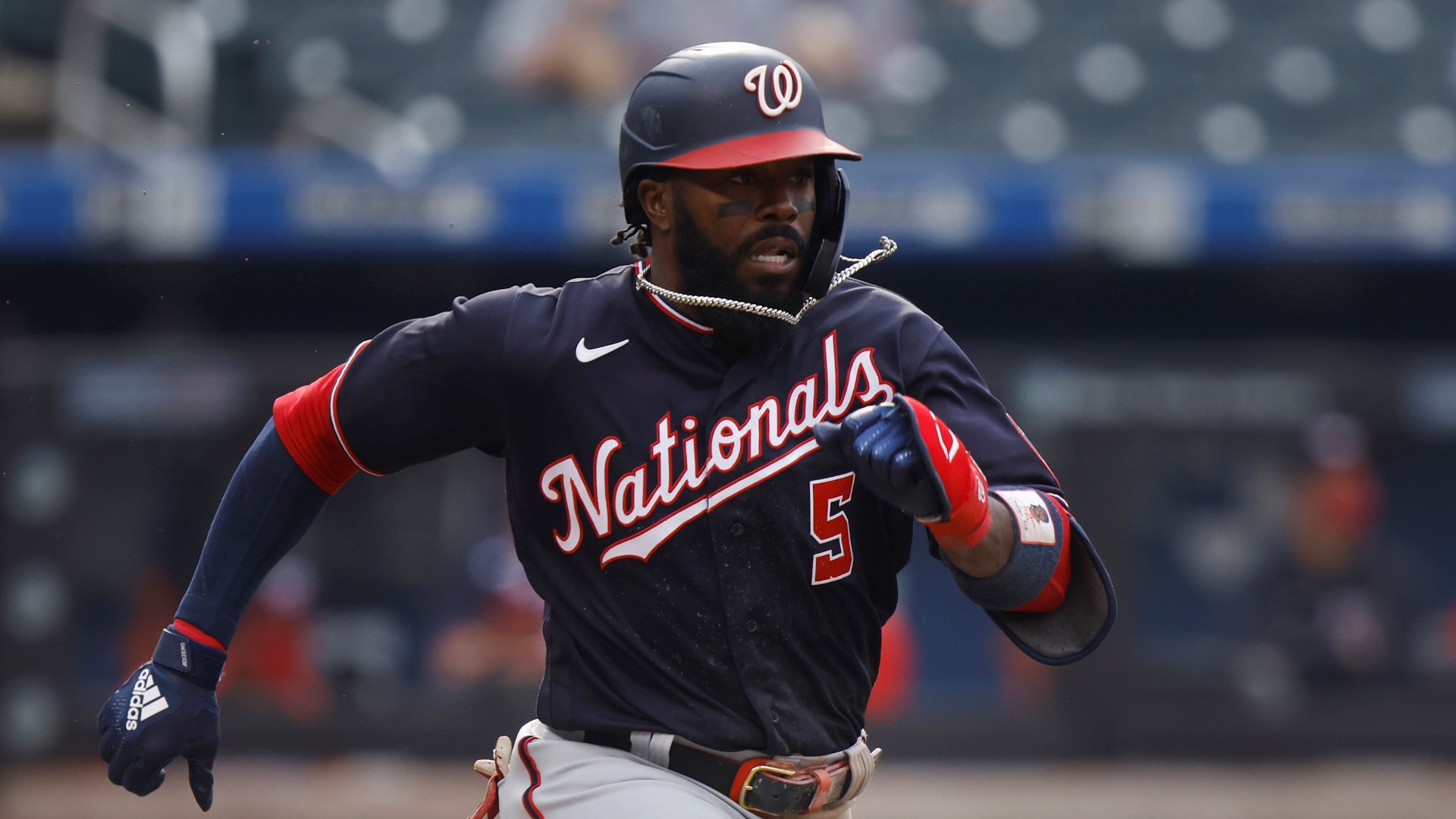 WASHINGTON — The New York Mets beat the Washington Nationals 4-0 Sunday to take two of three in the matchup of NL East rivals. The Nats' only win of the series was a 7-1 victory on Saturday with a strong showing on the mound by Joe Ross.

On Sunday, Taijuan Walker pitched three-hit balls over seven innings in his first win for the Mets, J.D. Davis hit a two-run homer in the first off a faltering Patrick Corbin

Walker (1-1), who signed a $23 million, three-year contract as a free agent, made his fourth start.

“Give it up to the defense, man, They really helped me out today,” Walker said. “I didn’t have my best stuff. They came through for me. The offense putting up runs early was helpful, too. Let me attack and just go after hitters.”

Walker allowed a pair of leadoff runners but picked off Josh Harrison in the first and got help in the third when Victor Robles was throwing out trying to stretch a leadoff double to right, with Michael Conforto throwing to second baseman Jonathan Villar, who made the toss to Davis at third for the tag.

“It was a tough read on Victor,” Nationals manager Dave Martinez said. “The ball’s in front of him. For him, it’s just these young mistakes. Right there, you can’t make the first out at third base.”

Nationals manager Dave Martinez said more players have received the COVID-19 vaccine and he expects the team to reach the 85% threshold required to loosen protocols. Washington had 11 players either test positive for the virus or exposed to a teammate who had the virus prior to opening day. “We’re getting closer, we’re getting closer — hopefully it’ll happen real soon,” said Martinez, who received his second dose nine days ago.

Nationals: SS Trea Turner was hit on the left forearm by a Walker pitch in the sixth and lifted for pinch-hitter Ryan Zimmerman in the eighth. Martinez said X-rays were negative but Turner because was getting stiff. … Martinez said LF Juan Soto (left shoulder) felt good after hitting off a tee Saturday. … RHP Wander Suero (left oblique) emulated his mechanics without throwing a baseball Saturday. … RHP Stephen Strasburg (right shoulder) threw from 120 feet Saturday and plans to do so again Monday. … LHP Jon Lester (COVID-19) was scheduled to throw 90 pitches in a simulated game Sunday.