The Nationals will take on the Phillies this week after losing its last two series against the Yankees and Braves last week and weekend. 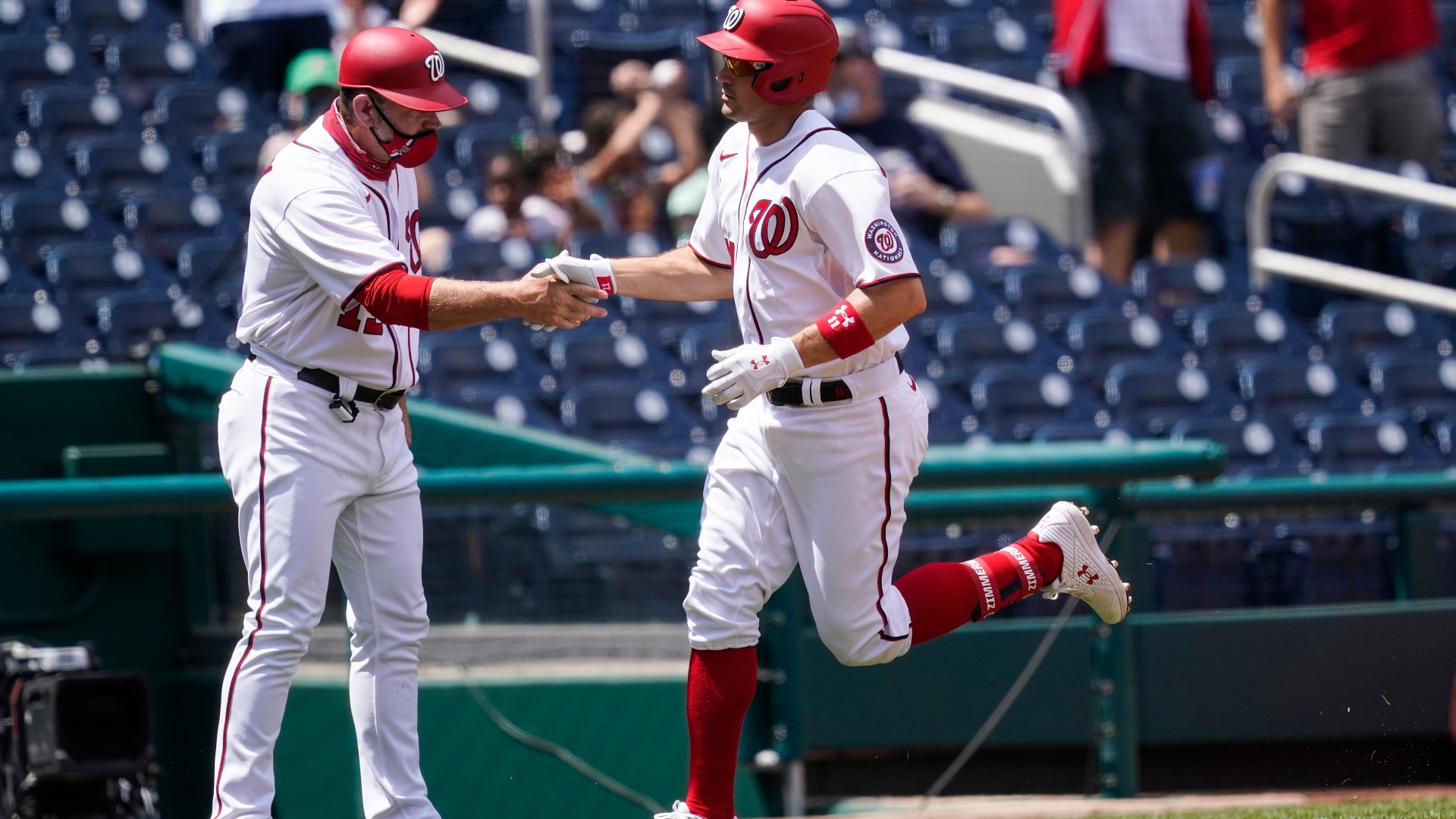 The Nationals need to get some wins versus the Phillies this week to help its position in the National League East. Currently, Washington sits in last place within the division with a record of 13-17 overall on the season.

D.C. will allow more Washington Nationals fans to attend games at Nats Park, according to the team in a statement on Monday.

The team said D.C.'s Mayor Muriel Bowser and her staff sent down the news to the organization to start the week.

On May 14, the Washington Nationals will be allowed to have 36% capacity at its stadium. By June 11, Nats Park can be at full capacity, which aligns with D.C.'s new mandates.

“The Washington Nationals are delighted by Mayor Bowser’s announcement today, which will permit the ballpark to operate at full capacity beginning June 11. The team was also granted a waiver to expand seating to 36% effective May 14," said the Nationals in a statement on Monday. "We want to thank Mayor Bowser and her administration for their partnership and collaboration over the past several months as we worked together on a safe and comprehensive plan to get fans back into the ballpark. Our organization will continue to work diligently to ensure the safety of our players, staff, and fans as we welcome everyone back to Nationals Park.”

RELATED: Nats Park will have increased capacity limits this week; full capacity expected to be a reality come June 11

RELATED: Washington sweeps Marlins ahead of big series against Braves | Locked On Nats