In the 2019 World Series, Scherzer won Game One and also started Game Seven, which the Nationals won to clinch the title. 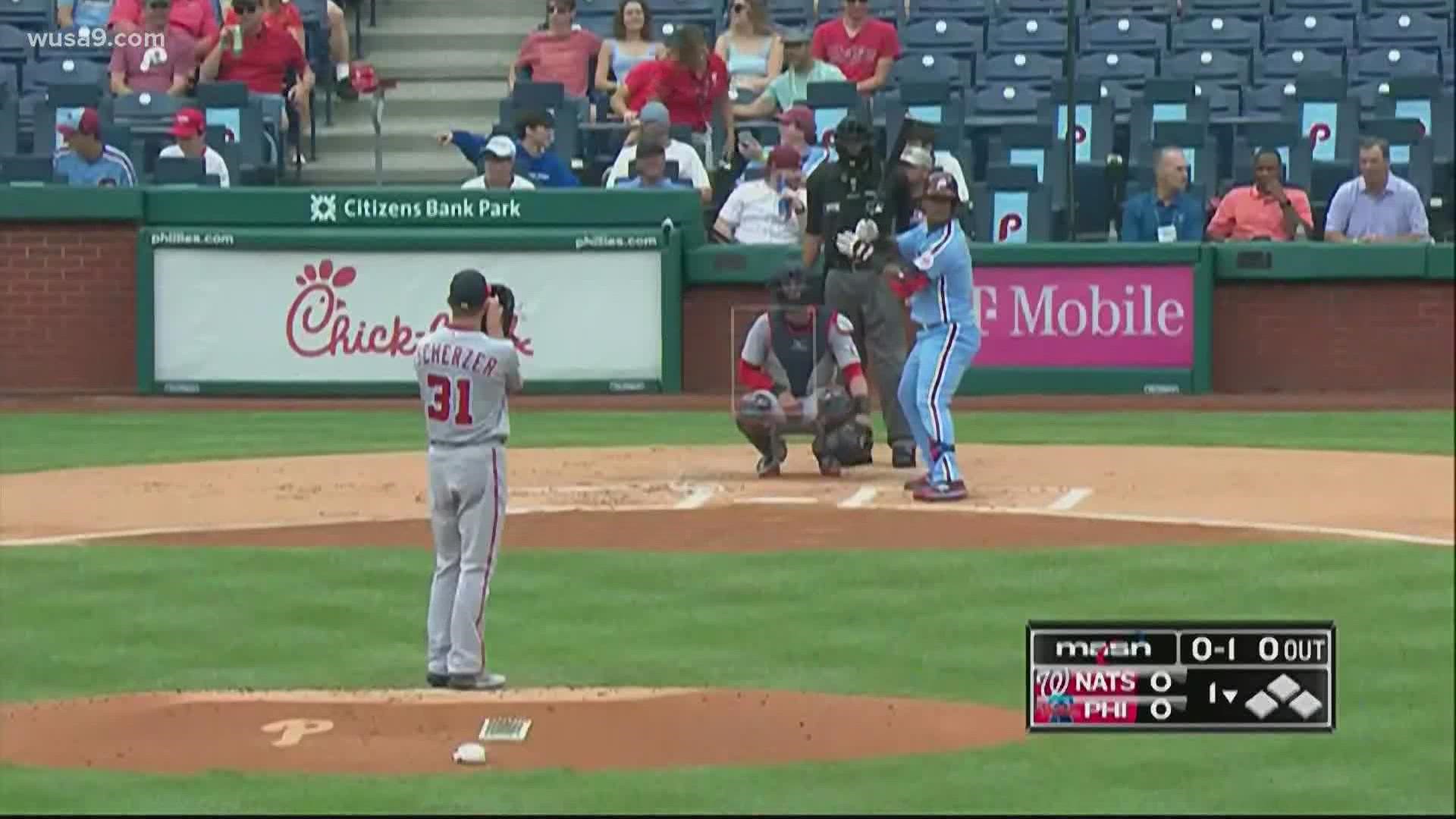 WASHINGTON — Nationals players Max Scherzer and Trea Turner have been traded to the Los Angeles Dodgers amid the fast approaching Major League Baseball trade deadline, according to the Washington Post.

Scherzer, who has been with Washington since 2015, won the NL Cy Young Award in 2016 and 2017 with the Nats and has made the National League All-Star Team five times with the team.

In the 2019 World Series, Scherzer won Game One and also started Game Seven, which the Nationals won to clinch the title.

It's been reported for weeks now that 37-year-old Scherzer may be the casualty of a Nationals trade -- partially because of his age, and because Washington has been faltering down the stretch in its fading attempt to make the MLB playoffs.

ALL the feels for that Curly W. #Natitude ❤️ pic.twitter.com/mYrbnPa0Yv

Max Scherzer delivered a signature performance in what might be his last start for the Nationals, allowing three hits in six innings as Washington beat the Philadelphia Phillies 3-1 in the opener of a doubleheader on Thursday.

“Today was a wacky start because of everything going on, but you put the blinders on and go and compete,” Scherzer said. “Even when you are at your worst, you want to go out and do your best.”

Scherzer received handshakes in the Washington dugout after leaving the game in the top of the seventh inning.

Max Scherzer has made 189 career regular season starts as a Washington National.

He's gone at least 6 IP and surrendered 1 ER or fewer in 41% of those starts.#Scherzday // #NATITUDE pic.twitter.com/XUPNeULkDO

Shortstop Trea Turner has been with the Nationals since 2015 and was also part of the team’s magical run in 2019 to win the World Series. He was the National League’s stolen base leader in 2018, and he made his first All-Star Game appearance in 2021.

RELATED: ‘What am I going to do with these resources?’ | DC police chief expresses frustration over gun violence, shrinking MPD force

RELATED: Nats beat Phillies 6-4 after Turner leaves because of COVID