The news of the positive test on the Nationals comes as the United States and world health officials are worried about the spread of the COVID-19 delta-variant. 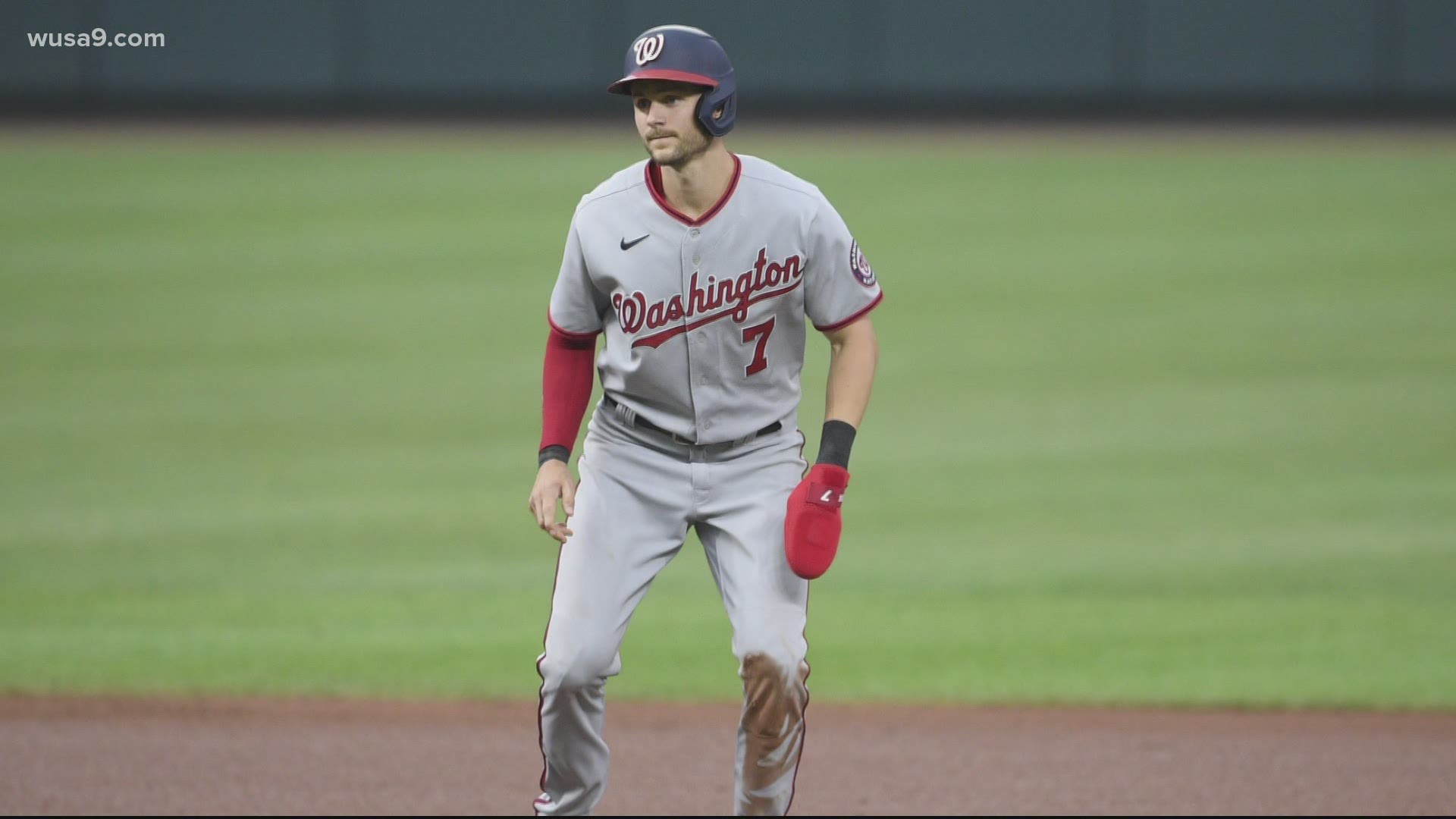 WASHINGTON — Wednesday's Nationals game in Philadelphia was postponed due to a COVID-19 outbreak that comes a day after Washington shortstop Trea Turner tested positive for the virus Tuesday, according to Major League Baseball. The team has a total of 13 positive tests, with four attributed to players and nine staff members testing positive.

One of the 13 people that tested positive did so on Thursday, a day after the initial 12 positive tests that postponed Wednesday's game, according to a source that spoke with WUSA9's Darren Haynes.

A double-header is being played Thursday to make up Wednesday's game.

Turner left Washington's 6-4 win over Philadelphia on Monday after the results of a test he took pre-game show he contracted COVID-19, according to the Associated Press.

Washington is not the first team to deal with a COVID-19 outbreak this season. The New York Yankees had multiple vaccinated players, test positive for the virus earlier in the summer.

The news of the positive test on the Nationals comes as the United States and world health officials are worried about the spread of the COVID-19 delta-variant. The CDC issued updated guidance recommending that vaccinated people in counties with increasing COVID spread to resume wearing masks indoors.

The Nationals snapped a five-game losing streak but still have won only two of their last 15 games.

The Nats said before the game that right-hander Stephen Strasburg will have season-ending neck surgery. Bryce Harper hit an inside-the-park homer, doubled and drove in a pair of runs for the Phillies.

RELATED: Nats beat Phillies 6-4 after Turner leaves because of COVID