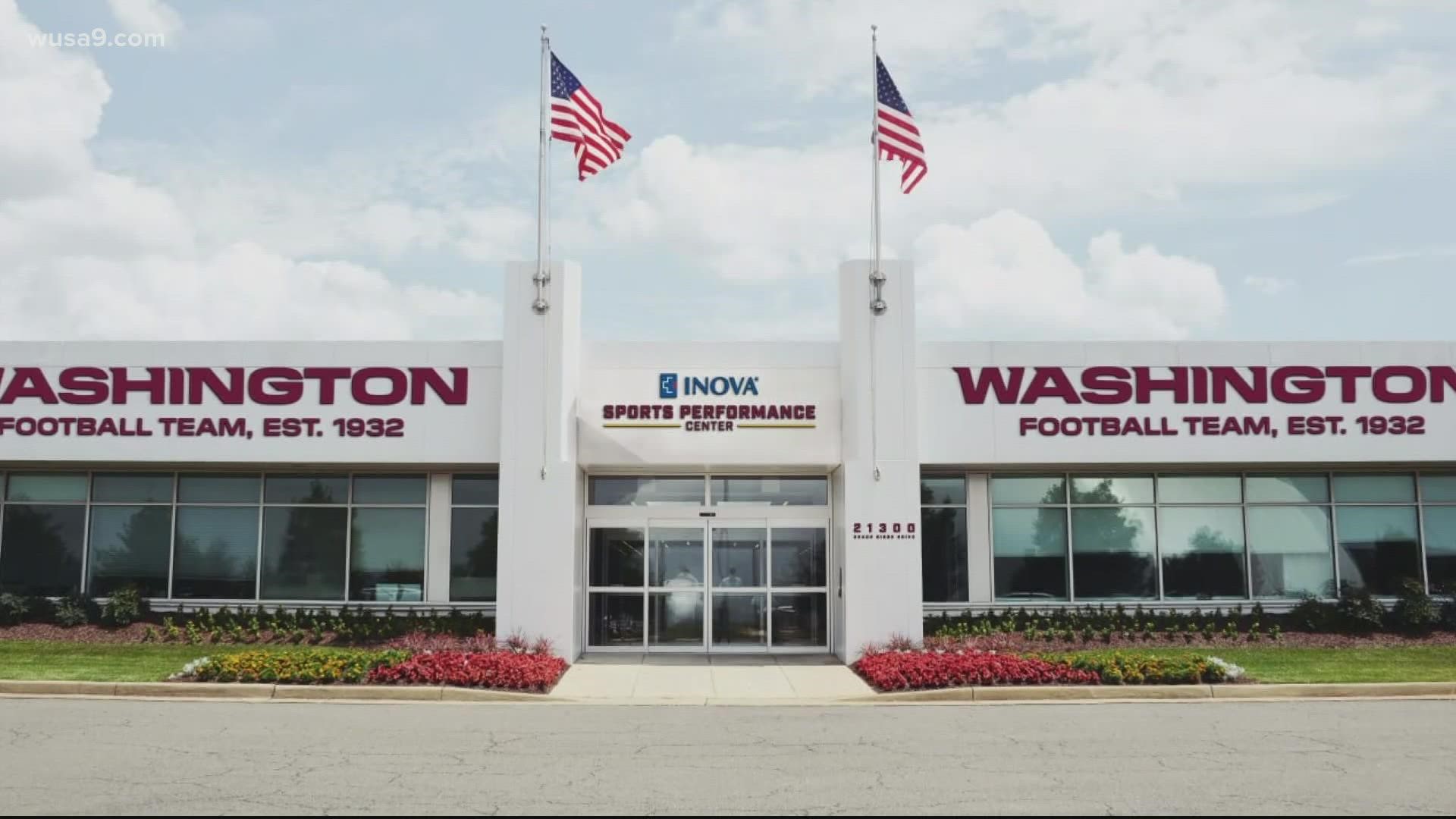 ASHBURN, Va. — Chris Russell and David Harrison host your Locked On Washington Football Team Podcast bringing you news, analysis and everything between as it pertains to the NFL and the WFT.

The NFL Players Association said Wednesday it sent a formal request to the league for information about Washington’s practice facility being searched by federal authorities last week.

The NFLPA said the situation “directly impacts player health and safety. The NFLPA insisted on language in our collective bargaining agreement that obligates clubs to adhere to all state and federal laws and regulations. We look forward to learning more so we can protect our players."

Two people familiar with the matter say federal law enforcement officials including agents from the Drug Enforcement Administration served a search warrant at Washington’s practice facility.  One of the people says another search warrant was served at a local home.

Also, the guys turn their attention back to the field and identify lessons to take from the WFT's Week 4 win over the Atlanta Falcons. Dustin Hopkins, Jamin Davis, Curtis Samuel, and the potential of recent injury developments with players like Jon Bostic, Dyami Brown, and Brandon Scherff.

Plus, we hear from some of Washington's most loyal fans.

Listen to the podcast here:

Quarterback Taylor Heinicke and the offense are getting the job done. Down 30-22 in the fourth quarter, Heinicke led scoring drives of 70 and 76 yards to pull off the comeback, capping them with touchdown passes to Terry McLaurin and J.D. McKissic.

Everything seems to be clicking thanks to Heinicke, who was out of football a year ago and is now the toast of Washington Football for his ability to make something out of nothing.

“That’s an advantage for us how mobile he is,” McLaurin said. “He's smart with the ball. Even when he's scrambling around, his eyes stay downfield. He knows when to tuck it and run it. He knows that he can give us opportunities to make plays down the field, as well.”

Washington's third-down defense ranks last in the NFL and is on pace to be the worst since at least 2000. Opponents are converting 59.7% of the time.

“We got to get off the field on third down — that’s been haunting us all year," McCain said. “It's just little things. It’s 11 guys on the field, man. If one guy’s not doing their job, then that’s a first down.”

Curtis Samuel made four catches for 19 yards in his season debut after missing the first three games to get right from a nagging hamstring injury. It's no coincidence that with Samuel on the field, McLaurin was freed up for six catches and 123 yards.

Kicker Dustin Hopkins is 7 of 8 on field-goal attempts this season and hit the Week 2 game winner against the New York Giants. But two missed extra points at Atlanta put Hopkins back in the spotlight for the wrong reasons.

“He’s our kicker, and we’ll leave it at that," coach Ron Rivera said.

Linebacker Jon Bostic (pectoral muscle) and cornerback Torry McTyer (knee) are expected to be out for the rest of the season, according to Rivera. Guard Brandon Scherff, a 2020 All-Pro selection, is expected to miss time with a right knee injury and tight end Logan Thomas with a hamstring injury.

101 — Yards on DeAndre Carter's kickoff return TD to open the second half against Atlanta. Washington has a true return specialist for the first time in years, and Carter's big-play potential helps mitigate some of the defensive struggles.

The same old stuff: Figuring out what's wrong on defense and attempting to fix it before hosting the Saints on Sunday. At first, the mistakes appeared to be missed assignments by players, but now it's time for Rivera and defensive coordinator Jack Del Rio to adjust schemes to put the unit back on the rails. 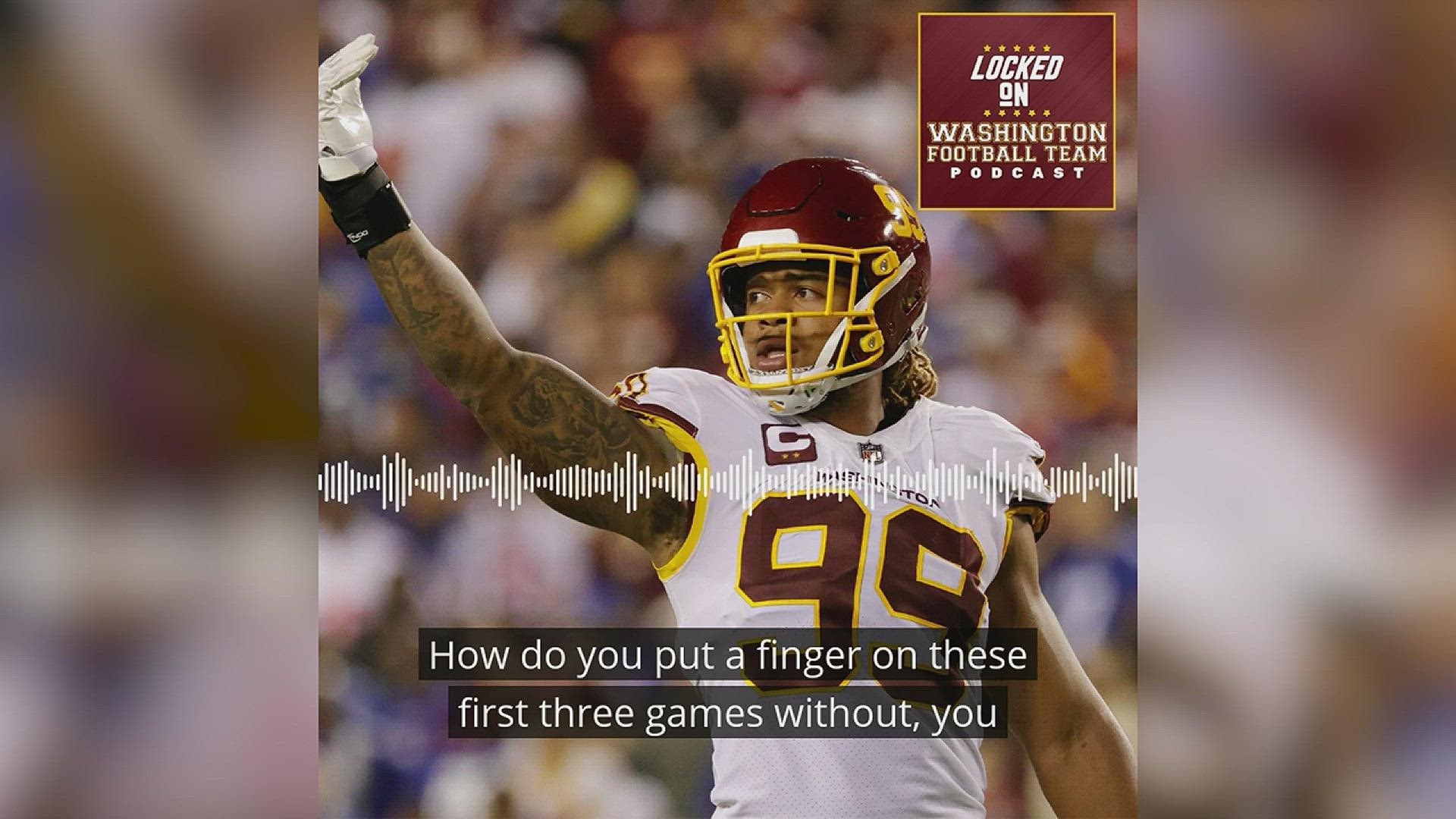 RELATED: 1-on-1 with Washington's Chase Young heading into Week 4 of NFL season | Locked On WFT