Coach Rivera was "pleased" with his team so far, not concerned about Chase Young's absence or Taylor Heinicke's injury. 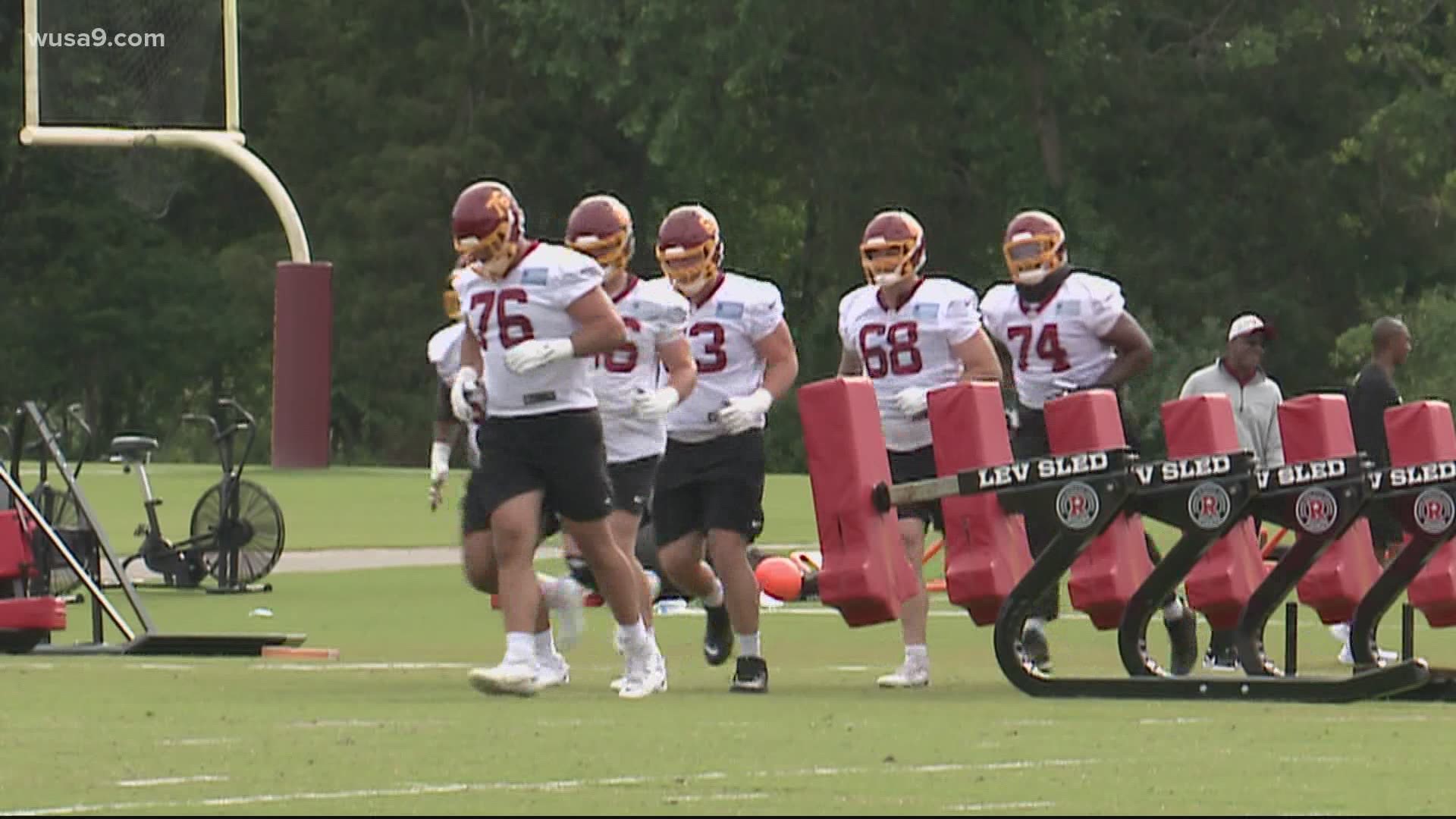 These OTAs are optional practices, but most of this Washington team showed up bright and early. Most noticeably absent from OTAs was last season's Defensive Rookie of the Year, Chase Young. But, defensive coordinator, Jack Del Rio, isn’t concerned.

“I spoke with him last night; he’ll be joining us shortly. He’s been working out and taking care of business,” said Del Rio regarding Young.

But Del Rio likes what he sees from the guys participating in these optional workouts. This defense has multiple guys who can play multiple positions, and that allows for flexibility.

“You have to be able to adjust and adapt. Guys who can play multiple spots and do multiple things skill set wise, let us take advantage of those skills. It allows us to do more things creatively and schematically,” said Del Rio.

On the offensive side of things, quarterback Taylor Heinicke was noticeably not taking part in 11-on-11’s and never put on a helmet. He threw a few passes but wasn’t as active as quarterback Ryan Fitzpatrick. Heinicke signed a 2-year deal in the offseason, and gained 15 pounds of what he calls "good weight," and says he was hitting the gym a lot. But during this workout, he had good reason for the light workload.

“So last week, we had an install period and it was hot outside, Coach Rivera said to take our helmets off. We’re going half-speed through this play and I do a play-action and one of the running back’s elbows cut me pretty good, a nice little gash. I got seven stitches and a little chipped tooth, so football season started pretty early for me,” said Heinicke with a smile.

Jared Patterson getting some work with Taylor Heinicke. pic.twitter.com/dkjlkELCz0

Coach Ron Rivera followed up on Heinicke saying, “Unfortunately, he had a gash and had to get stitches, so he looks like a boxer right now. Until we can put a helmet on him safely, we won't have him out there. He's out there wearing a ball cap, he's involved in everything. It’s unfortunate, he just caught a little elbow.”

But Rivera has been very pleased with what he’s seeing with Fitzpatrick, saying:

"Watching Fitzpatrick, here’s a guy who comes in and is learning another new offense. He’s already got it, he’s a veteran guy who is a very bright football player and you see him helping the young wide receivers. Today, Dyami Brown was running a route and he had gone up to Dyami and explained to him ‘Think about this, do you see this? Tempo it down right there and I’ll throw it when you’re open,’ That’s great, it’s exciting when you see that happening with the veteran players and the young players.”

Overall, he likes what he sees from this team.

“I’m very pleased. I actually had to try to tone them down a little bit. They were getting a little excited but it’s good to see them being competitive,” said Rivera.

“I had to tone them down a little bit. They were getting a little excited, but it's good to see them competitive."

Notes and quotes from Week 2 of OTAs