No quarterback, but Washington quietly fills holes at draft | Locked On WFT 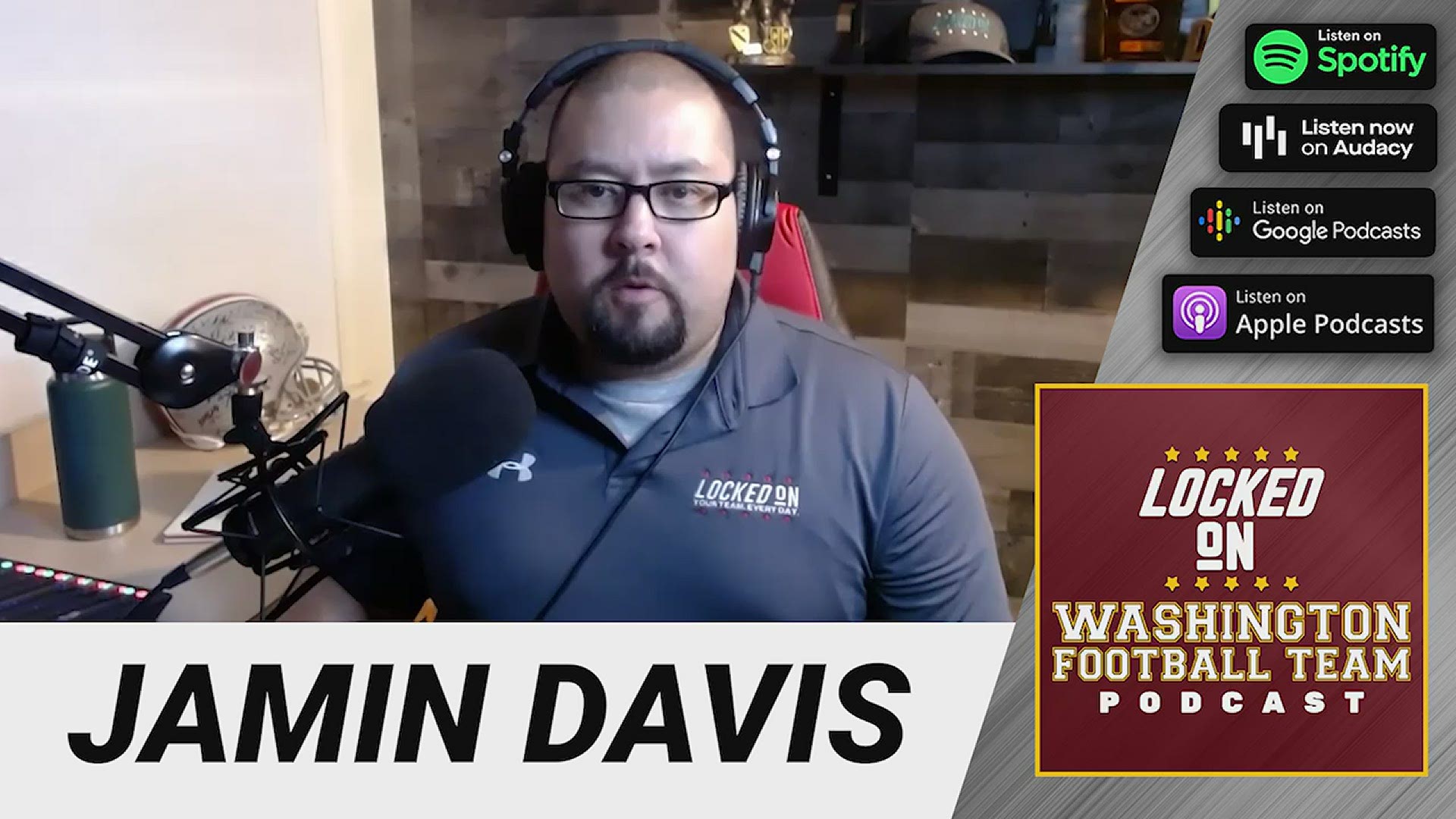 Only a few days after the draft and you may be wondering who are 10 men that the Washington Football Team selected in the 2021 NFL Draft.

David shares that audio with you and discusses some early draft class grades coming from outlets across the country.

Washington didn't find its quarterback of the future or make any big splashes in the 2021 draft. But it did fill a handful of important needs with players coach Ron Rivera got to know very well.

Speed was also a priority all over the roster.

With Martin Mayhew running his first draft as general manager, Washington got a linebacker who should start as a rookie in first-round pick Jamin Davis.

Second-rounder Sam Cosmi could turn out to be the long-term answer at left tackle. And on Day 3, Washington got a tight end in John Bates and a safety in Darrick Forrest.

RELATED: Locked On WFT: Franchise responds to Chauvin trial verdict; More on upcoming draft and what Washington should do