Do you think WFT was right to play conservatively on offense at the end of the first half on Sunday? 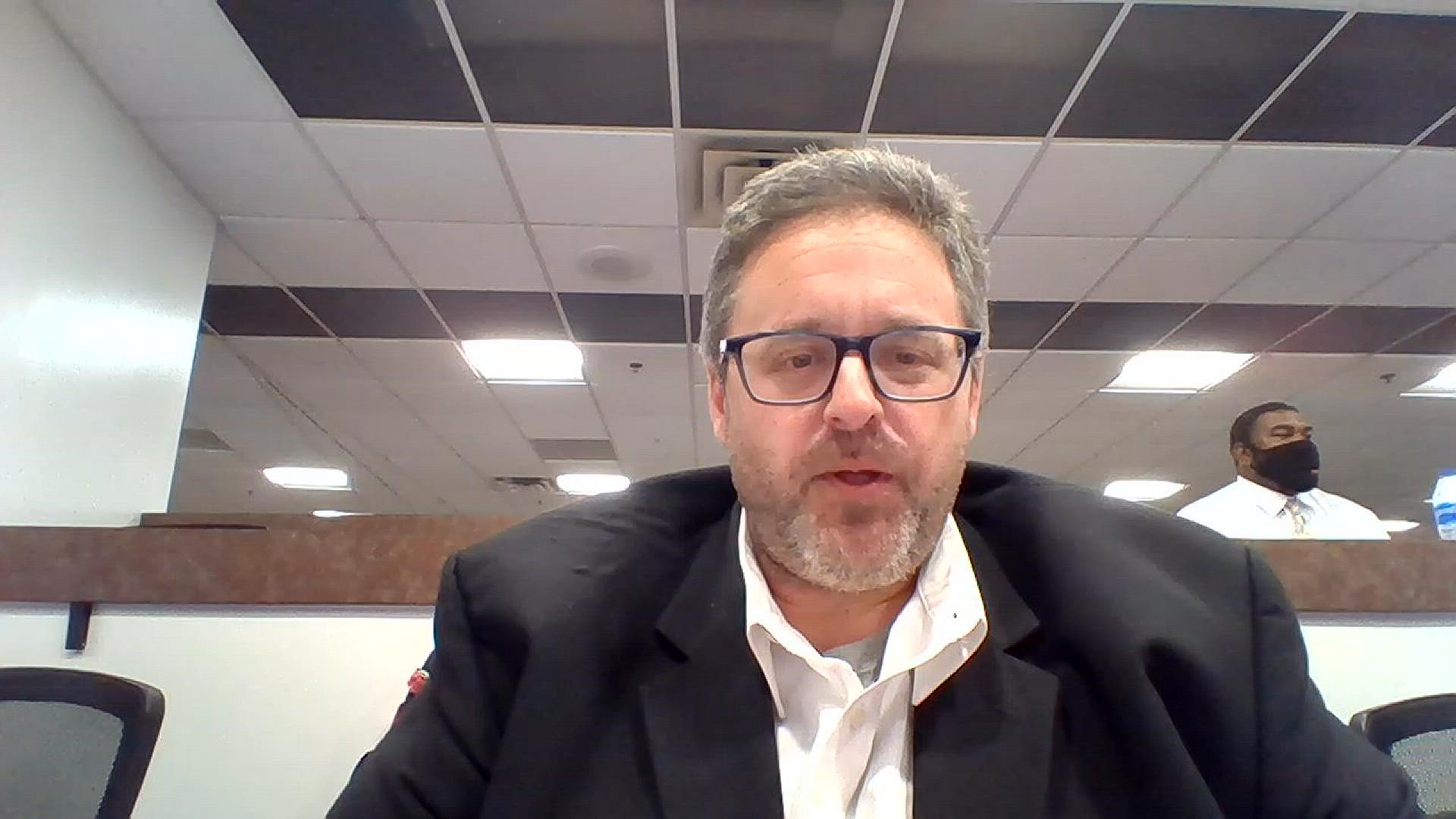 WASHINGTON — It wasn't pretty Sunday for Washington, and Chris Russell and David Harrison of the Locked On Washington Football Team podcast recap what the franchise is saying going into Week 6 on the National Football League season.

On Monday, Washington Football Team head coach Ron Rivera said he wouldn't be making any sweeping changes following yet another poor defensive showing from the team's defense in their 33-22 loss to the New Orleans Saints. We respond to his comments and dive into take-aways from Week 5.

Included in the conversation is whether or not the WFT was right to play conservatively on offense at the end of the first half on Sunday.

Backed up against their own goal line, Washington offensive coordinator Scott Turner opted to keep the ball on the ground and bleed the clock instead of asking quarterback Taylor Heinicke to make a big play for their team ahead of the half. In the end, the clock was wound down significantly, but the Washington defense gave up a Hail Mary pass from Saints quarterback Jameis Winston to wide receiver Marquez Callaway, and now some are questioning the approach.

On defense, while Rivera doesn't want to make sweeping changes, is it time for a change at safety?

Landon Collins played 100 percent of the team's defensive snaps on Sunday, and in Week 4. Have we seen enough? Is it time for another player to fill Collins' roll in Jack Del Rio's defense?

On the defensive side of things, Jamin Davis played just 13 snaps for the defense in Week 5. Is it poor play, or is it simply a matter of matching up against the Saints? And when could we see the 2021 first-round NFL draft pick get on the field more?

Finally, coaching decisions take center stage as we examine whether or not the team should have gone for it on 4th and 10 from the 35-yard line.

Finally, the kicking game. Dustin Hopkins made three field goals Sunday, and everyone got to see why Rivera has stayed with him: Cody Parkey missed two extra points in his first game with the Saints. This is Hopkins' job for the foreseeable future.

The defense is the glaring area of need, but there will be continued conversations between quarterback Taylor Heinicke and offensive coordinator Scott Turner about cleaning up some mistakes. Heinicke threw two interceptions against the Saints, while also completing 20 of 41 passes for 248 yards.

“You’re not going to be perfect, but you must keep going,” Heinicke said. “There is always room to improve.”

Ricky Seals-Jones made the most of his promotion to No. 1 tight end in the absence of injured starter Logan Thomas. Seals-Jones made five catches for 41 yards against the Saints, including an impressive grab along the sideline to keep a drive going.

William Jackson III signed a $40.5 million, three-year contract to become one of Washington's top cornerbacks. He has not been the only problem, but he and the rest of the secondary have been on the bad end of some easy completions by opponents because of missed assignments.

“I feel like we played better," Jackson said after the Saints game. "I’m not going to say we played worse, but obviously there’s things we got to work through and that we got to get fixed.”

Wide receiver Curtis Samuel's nagging groin injury crept up again Sunday and knocked him out of the game, so figure on him being questionable often, if not every week.

“He’s going to be on a week-to-week basis," Rivera said. “We’re just going to continue to be smart with it, and hopefully it’ll settle in and he’ll be ready to go.”

7 — Third-down stops Washington on the Saints' 11 opportunities, which is the defense's best performance in that situation this season and provides a glimmer of hope.

Hope Samuel and others can play Sunday in what could be a back-and-forth shootout against the Chiefs, who are also struggling defensively. The secondary also needs to shore some things up, or Mahomes will tear Washington's defense apart.