Jennifer King and Callie Brownson made history with having two women coaches on each sideline coaching in an NFL game. 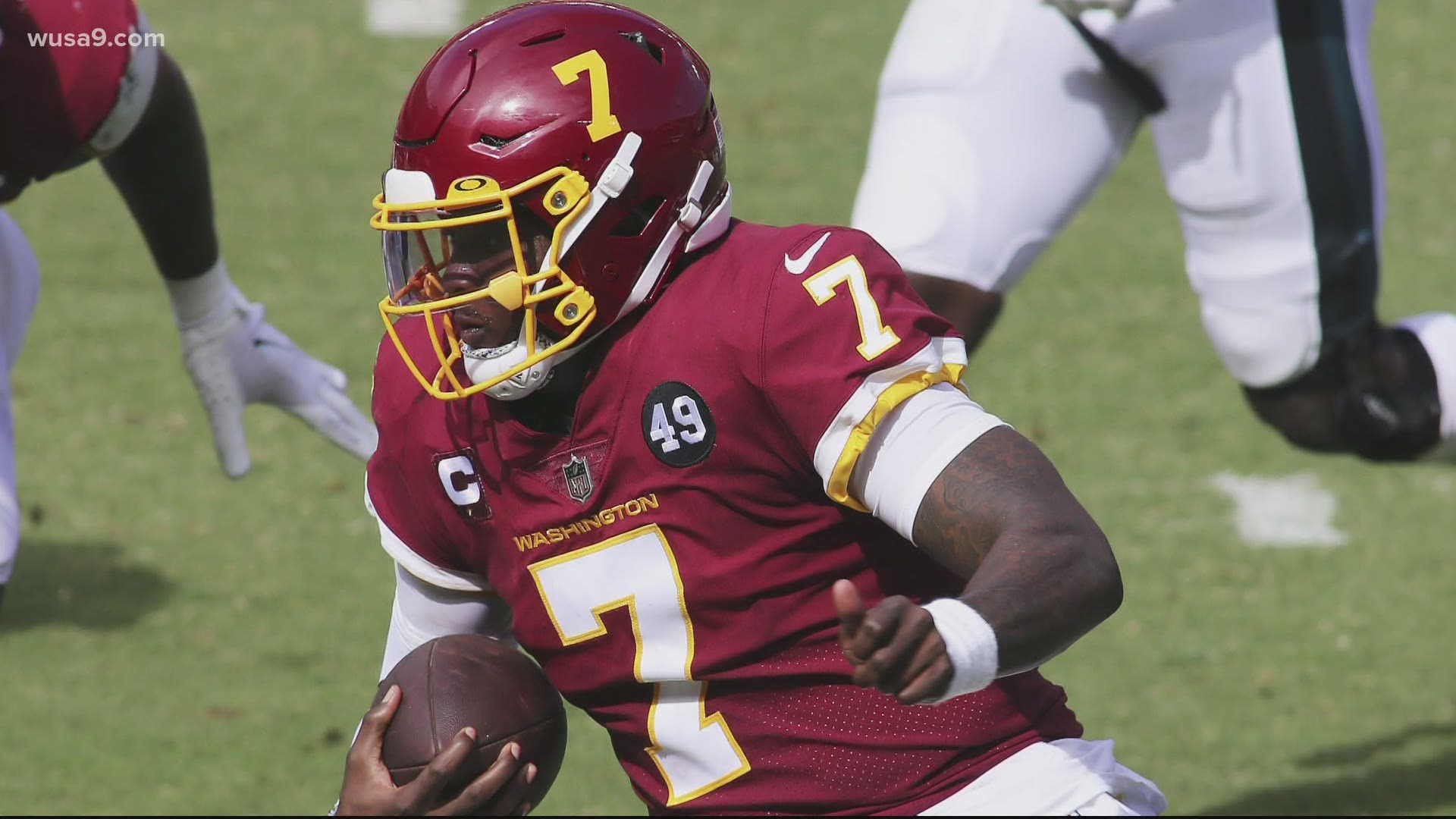 WASHINGTON — Chase Young's injury was unfortunate in the loss to the Cleveland Browns on Sunday, but the history-making game and development of the team was something to be proud of for Washington Football Team fans. The turnovers — not so much.

Washington fought hard under the Ron Rivera led team, but the Browns played well under its double-head running back attack with Nick Chubb and Kareem Hunt. And five turnovers by the offense wasn't something Washington fans should be happy about.

The 34 to 20 game came down to the wire late in the fourth quarter, with Cleveland climbing to a 24 to 20 lead. A late interception by Dwayne Haskins was one of three on the day, and would combine with a rushing touchdown from the Browns that put Cleveland up by 11. A late field goal would put the game even more out of reach.

The young Haskins looked great at times, with nice throws, competency and maturity to lead the offense. But defensive coverage reading was his downfall in the game after leading Washington to a 7-0 early start over the Browns.

Making History For Women In Football:

With female coaches on both sidelines and a female referee, the Cleveland Browns and Washington Football Team made history on Sunday.

Thomas became the first female full-time official in NFL history in 2015, while Brownson and King were each hired by their respective teams earlier this year.

Team officials said early on in the game that Young, the No. 2 overall pick in this year’s draft, wouldn't return.

The former Ohio State All-American came into the game tied for the NFL lead with 2 ½ sacks.

It’s not clear when Young got injured. The Browns spent the week preparing to face him and a Washington defense leading the league with 11 sacks.

Four Washington players, including quarterback Dwayne Haskins and No. 2 overall pick Chase Young, raised their fists on the sideline while standing for the national anthem in Cleveland, as part of social justice protests over police brutality and systemic racism.

Credit: AP
Washington Football Team defensive end Chase Young limps back to the locker room during the first half of an NFL football game against the Cleveland Browns, Sunday, Sept. 27, 2020, in Cleveland. (AP Photo/Ron Schwane)