'Captain' a 10-week-old yellow Lab joins the team as a future service dog in training for America's VetDogs. 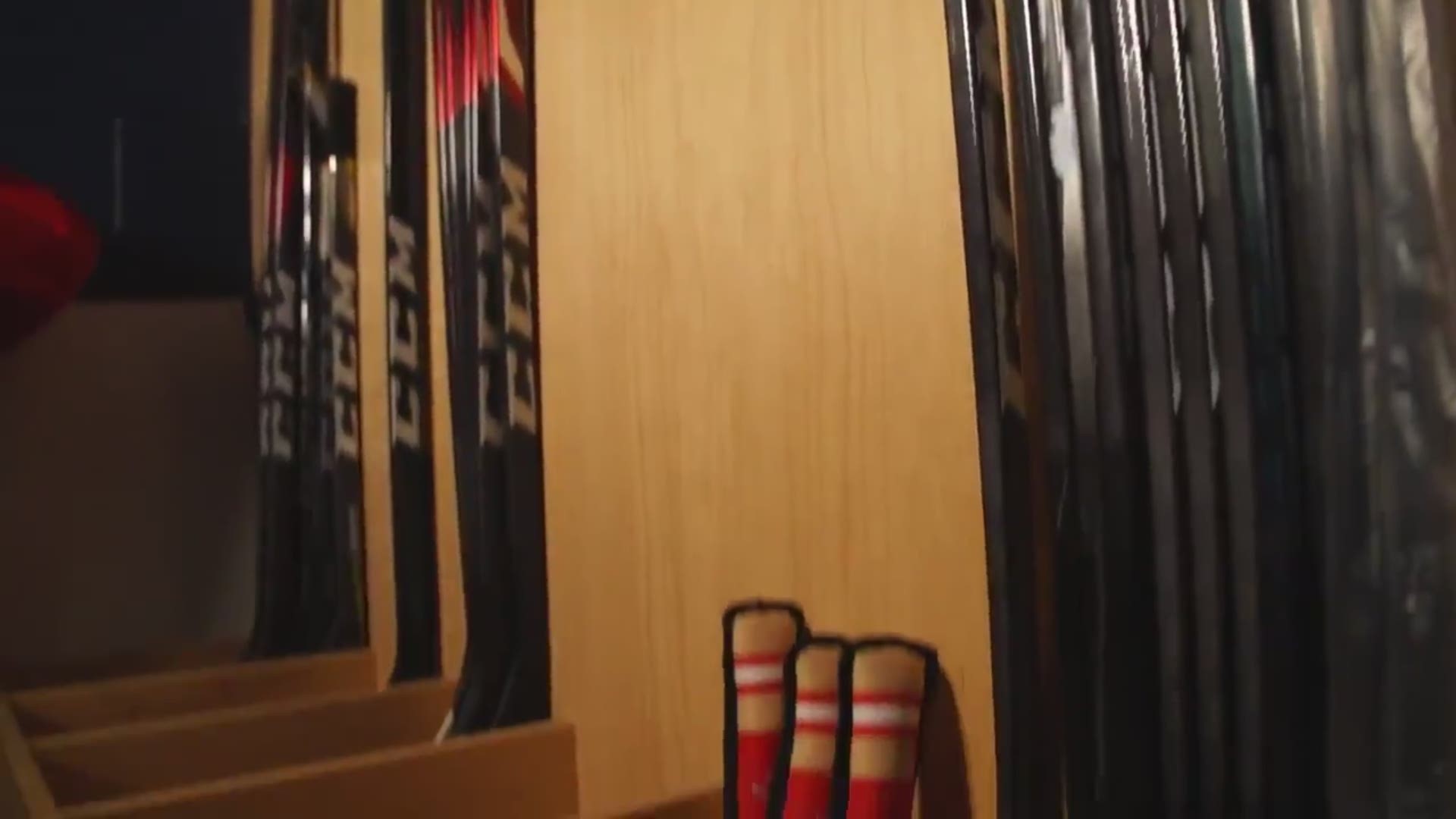 WASHINGTON — The Washington Capitals have a new team member who is sure to 'ruff' things up on the ice this season.

'Captain', a 10-week-old male yellow Labrador Retriever made his red carpet debut with the rest of his team Saturday ahead of the Cap's home opener against the Carolina Hurricanes.

The Capitals announced in a release today that the organization has partnered with America's VetDogs, a non-profit that provides service dogs to veterans and first responders with disabilities.

Captain joins the Capitals as a service dog in training where he will socialize with the Capitals staff, players and public for the next 14-16 months, officials said in the release.

Captain's teammate, Alexander Ovechkin, helped Captain navigate through the red carpet, introducing him to all his new fans.

WUSA 9's Darren Haynes was lucky enough to get a one-on-one with the team's furriest player.

Credit: WUSA 9
Darren Haynes talks with Captain's handler and manager, Alex Ovechkin, about Captain's role on the ice this season.

After Captain undergoes basic training, he will return to the America's VetDogs campus in Smithtown, Ny. to begin his formal service dog training. Once he graduates, he will be matched at no cost with a veteran or first responder to provide enhanced mobility, renewed independence and companionship.

RELATED: This hockey player is 76 years old, and he's still getting body checked