From rainbow hockey tape to Pride flags, a 6 to 1 victory over the Ottowa Senators by the Capitals made its Pride Night a special evening for D.C.'s LGBTQ community. 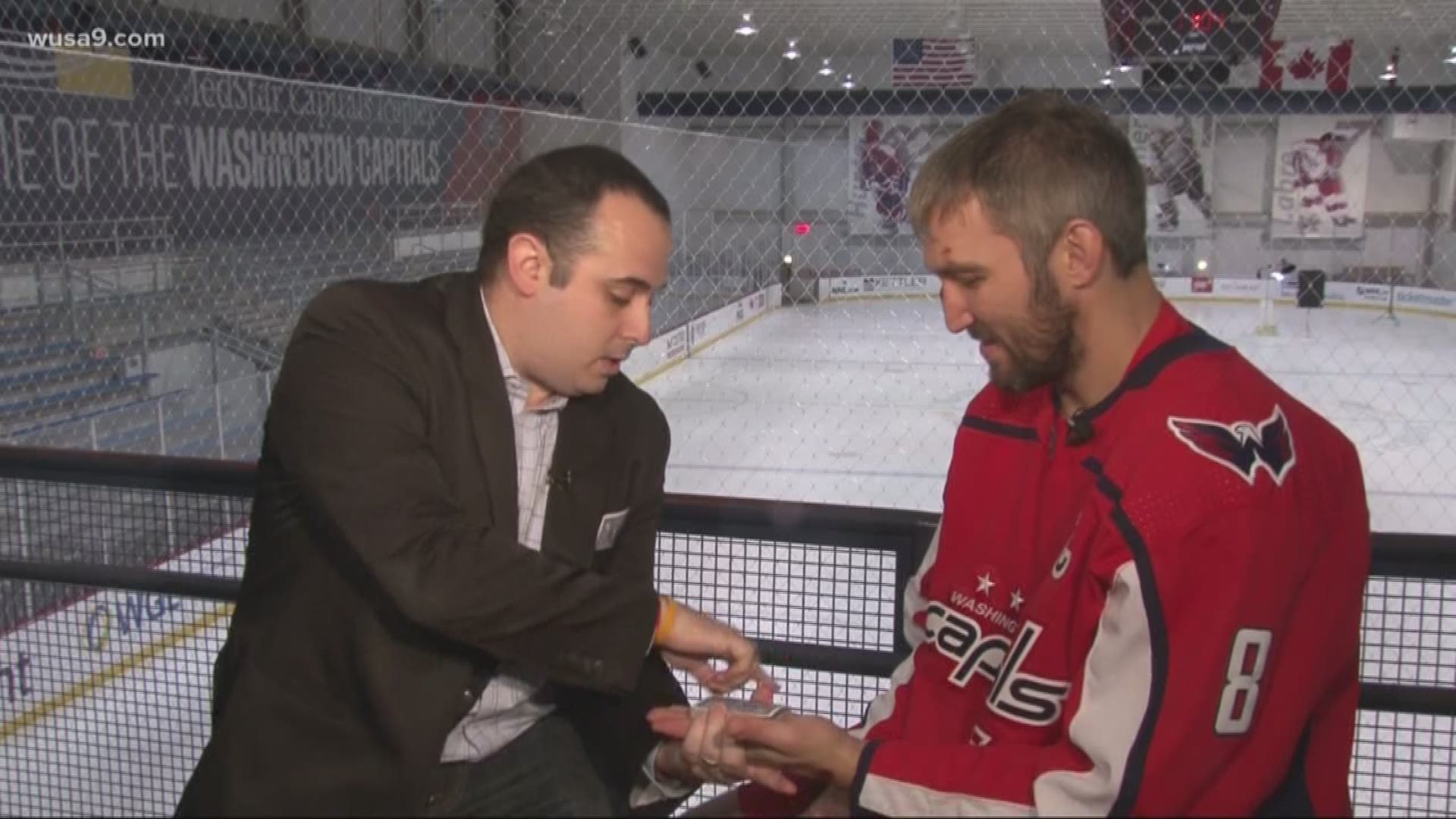 WASHINGTON — The Washington Capitals went all out for their Pride Night game, which paid respect to the LGBTQ community in D.C.

With rainbow hockey tape on sticks before the game during warmups to graphic boards outside Capital One Arena displaying the Pride Flag, to the multiple social media post put out by the team, the 6 to 1 victory by the Ottowa Senators was only a small part of what made Tuesday's game special.

The game against the Senators started with the Capitals mascot Slapshot skating around the Capitol Once Arena with a Pride flag and the team honoring an LGBTQ military family, according to Kyle Olbert on Twitter.

To go a step further, the Capitals even had special Pride Night t-shirts in the team shop for fans, many of whom brought signs that highlight the special night and the team they love.

The respect given by the Capitals towards Washington's LGBTQ community has grown stronger since the team started hosting Pride Night games a few years back.

Caps' goaltender Braden Holtby has participated multiple times in D.C. Pride parades, bringing an even closer bond to fans of all backgrounds that support this team.

The Caps' will also play in a Pride Night game when it travels to Philadephia on Wednesday to take on the Flyers at 7:30 p.m.

Currently, Washington sits at 30-9-5 on the season and are atop the Metropolitan Division in the National Hockey League.

RELATED: From 'Snowvechkin' to Hibachi: Ovi and the Caps are winning social media in 2020