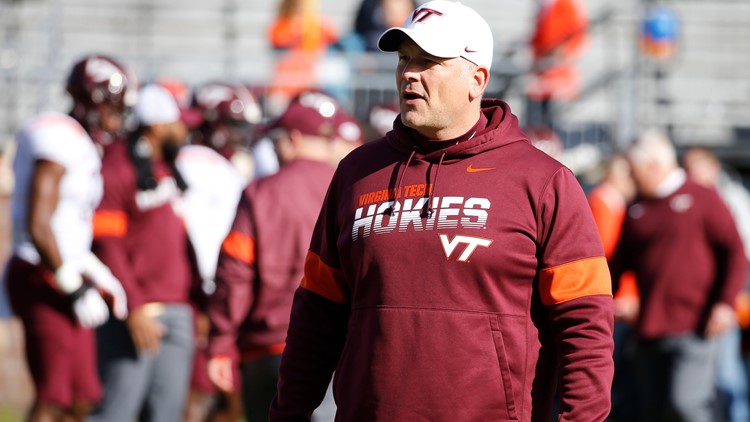 BLACKSBURG, Va. — One day after reportedly meeting with Baylor officials about their head football position, Justin Fuente decided to stay at his current job with Virginia Tech. He's 33-20 in his four seasons in Blacksburg, but 14-12 the last two that includes three straight bowl losses. Fuente tweeted "2020-let's go" with his staff at 8:05 Thursday morning.

Tech endured an up and down season that saw the Hokies get off to a 2-2 start that included a 45-10 loss at home to Duke. They would rebound to an 8-5 record only to drop their season finale to archrival Virginia for the first time since 2003.