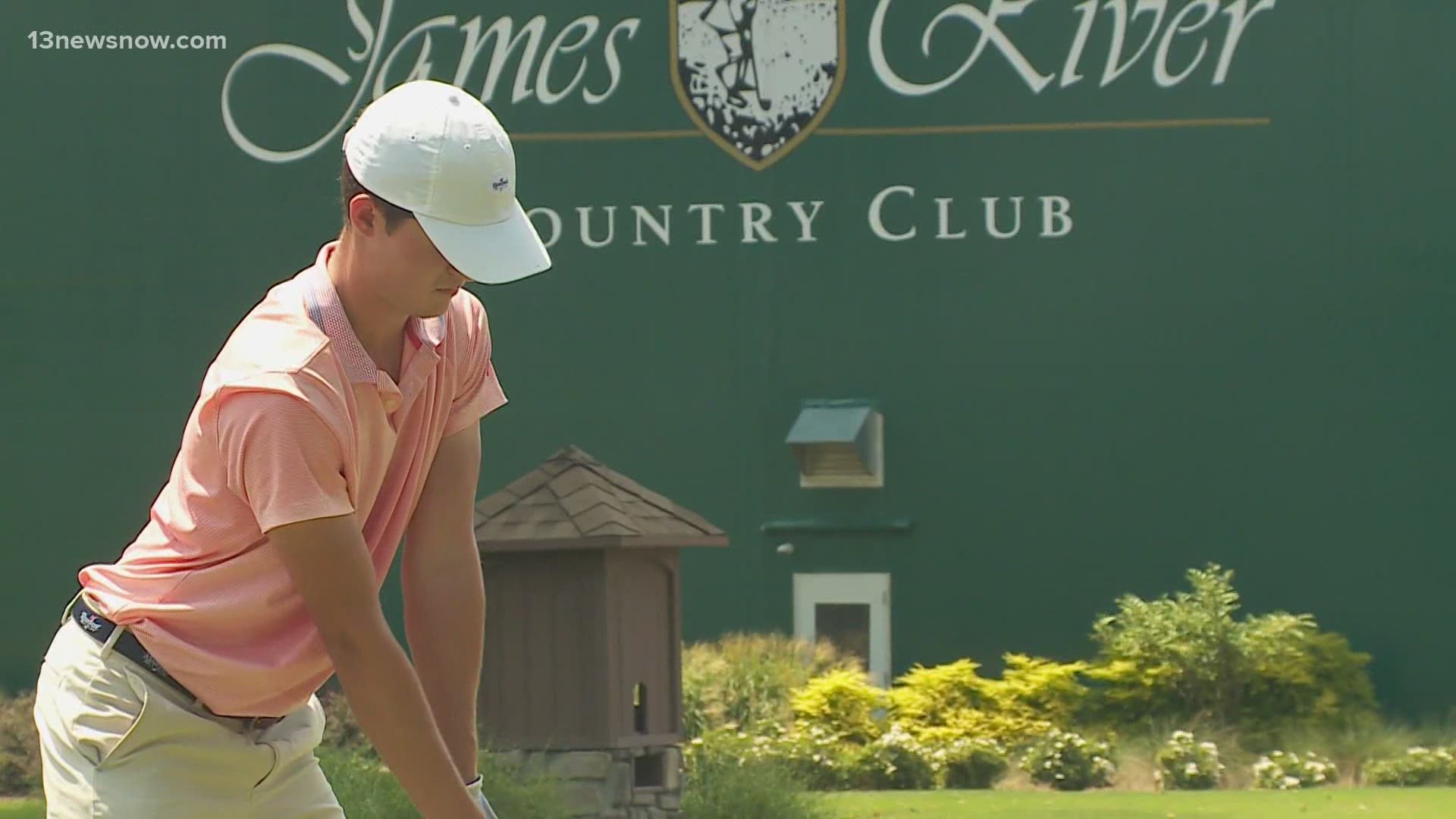 NEWPORT NEWS, Va. — The best junior golfers in the state spent the last three days at James River Country Club in Newport News. Indeed we had a golf competition. This time it was the 68th edition of the Virginia State Golf Association Junior Stroke Play Championship.

Kelly Chinn of Great Falls, VA was the runaway winner. His final round 65 gave him a sizable cushion and helped him to a total of 16 under par. He shattered the tournament scoring record. Chinn is a junior at Langley High School and will spend his college years at Duke.