After the Virginia High School League announced delayed seasons, a Virginia coach and player both agreed that a shorter season is better than nothing. 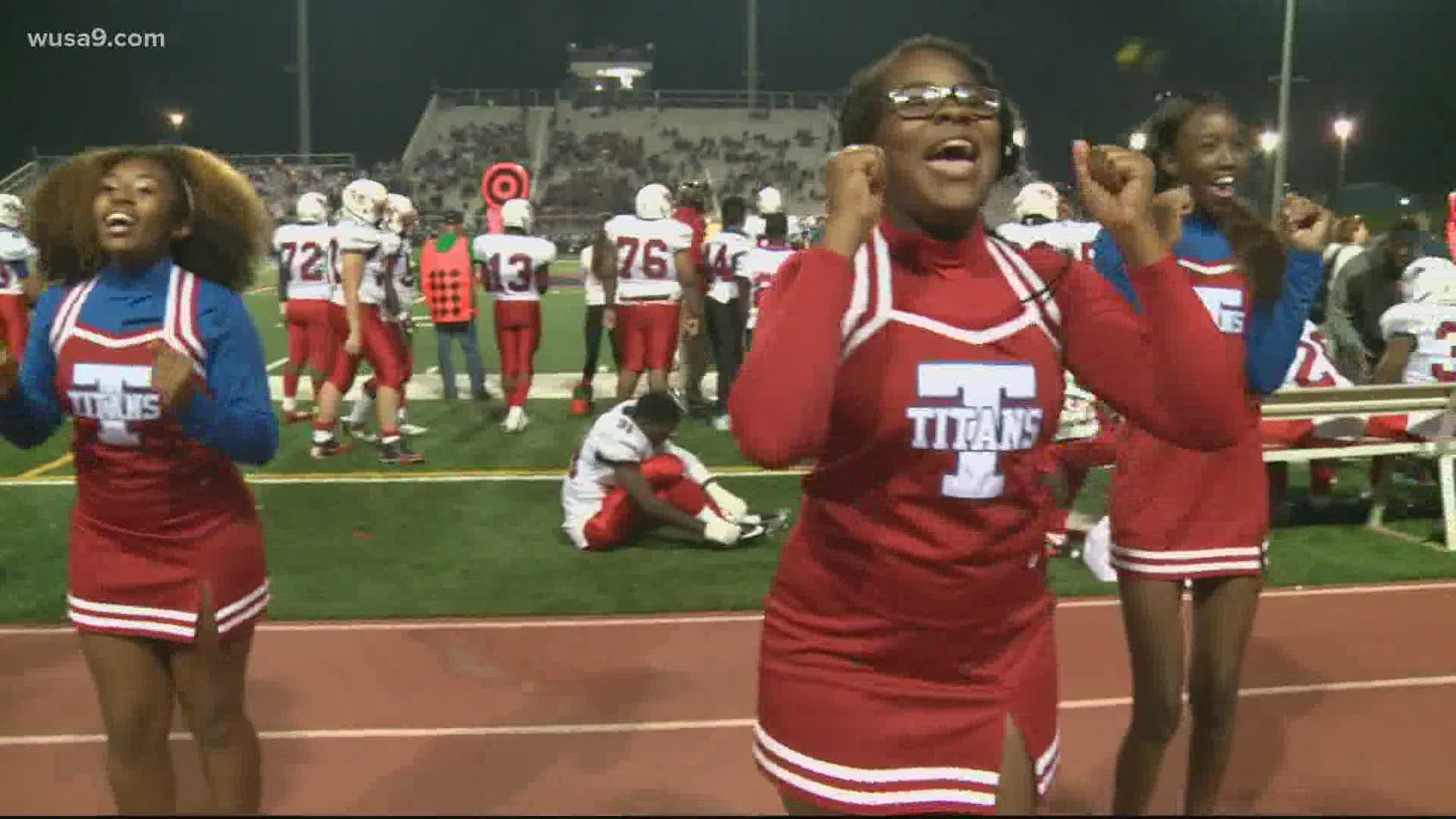 VIRGINIA, USA — The Virginia High School League announced Monday that all high school sports will be delayed this year in an effort to allow all students to play.

The league said sports will be played as follows:

Many players and coaches alike are satisfied with the decision, and excited to have some guidance to plan for their upcoming seasons.

This fall would have been the first time the new head football coach for T.C.Williams' team, Rodney Hughey, would have led his players onto the field. Now, he's having to plan for a spring season.

“I'm glad it’s clear," Coach Hughey said. "No more being in limbo and not knowing. The guys, coaches and players alike have something concrete. Now you know where you’re dealing from, so I’m glad something came out."

Right now, the new head football coach said his priority is the mental health of his players.

“Just trying to stay in contact with the guys as best I can, because mental health is a big deal," he said. "So I want to make sure that we’re addressing that. We haven’t talked much about x’s and o’s, because it really isn’t that important right now. But the well-being of a student-athlete is extremely important, so it’s a simple 'how you doing?' We’ll get to football…but you got to check on your young men first…because if they’re not in a good mental state, they won’t be good football players."

Now that the @VHSL_ has delayed all high school sports, coaches and players are preparing for their new seasons.

Sophomore girls lacrosse player at Freedom High School, Hida Baba, said she's been handling the separation from her team reasonably well, but said practicing at home does not compare to playing on the field with her team.

"I’d say it’s kind of difficult, because you honestly don’t have much motivation anymore, because it’s more fun playing with your teammates," she said. "It’s not fun passing the ball around to yourself. It's been super hard to train yourself... but I’m actually not doing pretty bad…I want to stay in shape so I can keep preparing, regardless of the pandemic and sticking through.”

Lacrosse didn't get to play in the spring, because of the pandemic, so Baba is excited that -- although shorter -- she at least gets to play with her team for a season in April.

"It’s not something that we’ve done before, but I feel like it could work," she said. "It’s better than nothing, honestly. Having known the conditions and the pandemic, this is the best thing that could probably happen I guess."

Credit: Hiba Baba
Sophomore lacrosse player Hiba Baba said delaying the start of her season is better than losing two in a row.

She said she has been conditioning on her own -- going to the gym nearly every day and playing in her backyard.

That's what Coach Hughey has encouraged his more than 70 players to do.

"I think that this whole pandemic in regards to athletics has been a great teachable moment for young people," he said. "You can only control what you can control. As a coach, I love teaching and coaching out of adversity. This is a great opportunity, because it’s going to teach you more about yourself."

With their season starting after the 2021 National Signing Day as currently scheduled -- and having just left a position coaching at the college level -- the coach said he is already working to connect his players with college scouts.

“We’re going to be ahead of the curve, so we’ve been doing that weekly just bringing up schools to talk about their program and giving the young men a variety of options," Coach Hughey said. "Educating them on the recruiting process…to make sure they’re placed in a good position where if they want to continue to play football, they can…It’s going to be different, but you have a lot of college programs going to the spring as well, so now they’re flipping. They’re doing more recruiting now, so I’m trying to get ahead of the curve and get our guys out there."

He said their mantra is A's, B's, and Championships, so that's how he is approaching their now spring football season.

Girls lacrosse coach and Hall of Famer Richard DeSomma said his biggest concern now is practice. Will they have field space, and will they be able to get all the paperwork completed in time?

He said those details are still up in the air.

With today's decision, the VHSL sent out a release that read in part:

"We all understand the physical and mental health benefits of getting our students back to a level of participation. The Condensed Interscholastic Plan Leaves open the opportunity to play all sports in all three seasons if Virginia moves beyond Phase III and/or Phase III guidelines are revised and High-Risk Activities are allowed. This plan also allows schools the opportunity to open the year and get school started and deal with issues such as schedules, academic plans, transportation, dealing with possible outbreaks of COVID in the school. The VHSL will continue to work closely with the best available information and directives provided by the Governor, the Virginia Department of Health (VDH), and the Virginia Department of Education (VDOE).”