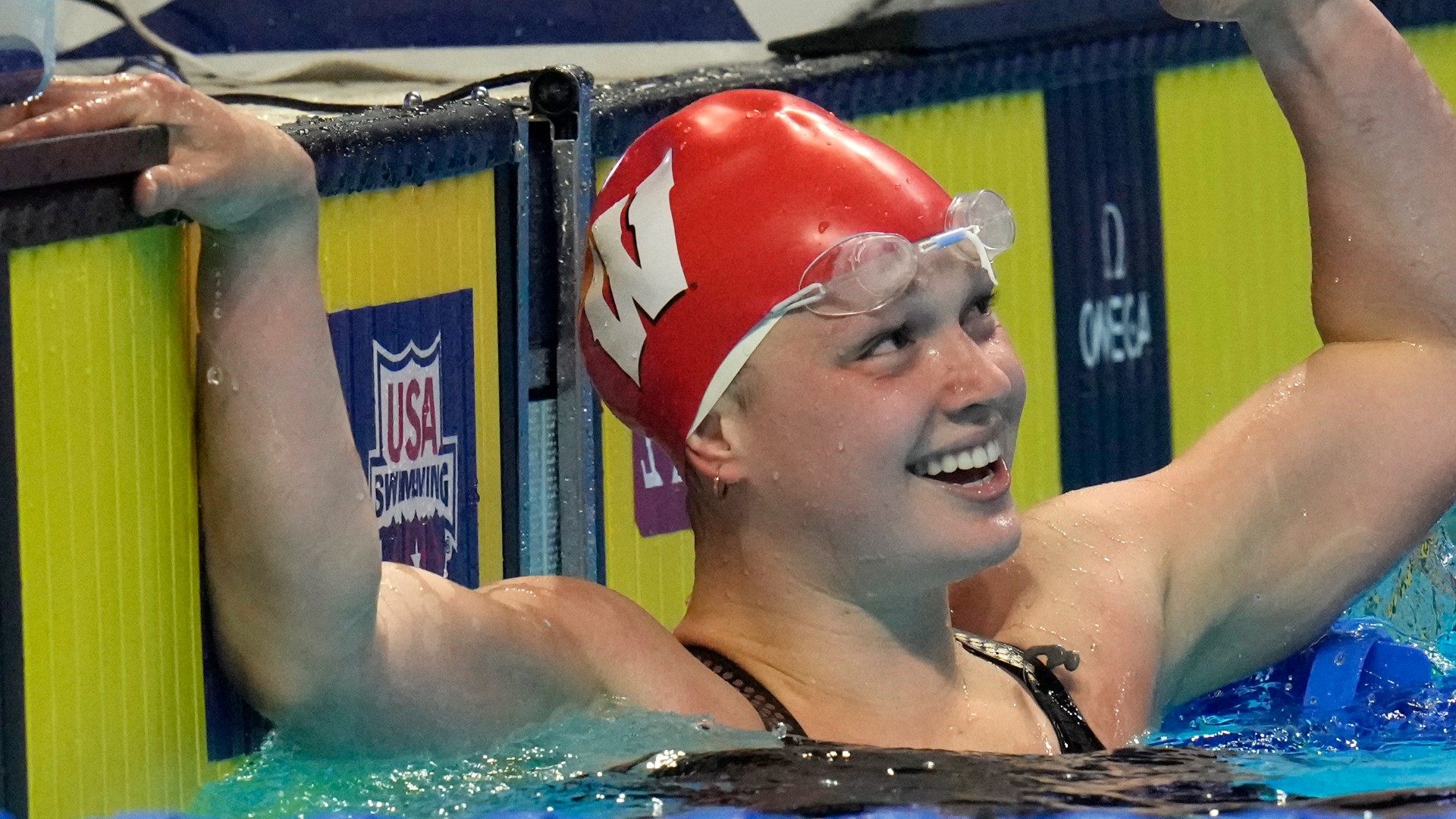 CHEVY CHASE, Md. — Chevy Chase, Maryland native Phoebe Bacon punched her ticket to the Tokyo Olympics when she finished second in the 200 backstroke at the U.S. Olympic Trials on June 19.

“It was just such an exciting and special moment when I touched and saw the rings right next to my name," said Bacon.

Bacon spent 2020 and part of 2021 swimming for the University of Wisconsin, and now, she’s fulfilling her dream of swimming for Team USA.

"I’m trying to do something incredible for our country, and to have that honor hanging above my head of wanting to medal for my country, I think it will push me a little more. I don’t think ill be as nervous as the Olympic Trials, but I'll definitely be a little nervous," said Bacon.

"Over the past year, it's definitely been really tough just staying in the sport. With everything that went on, it was tough. I was going to practice alone for multiple weeks and if you're a swimmer, you know how difficult it is to train alone," said Bacon.

But Bacon persevered, and as if being an Olympian wasn’t a big enough accomplishment, Bacon will now be teammates with her lifelong mentor, and fellow Maryland native, Katie Ledecky.

Bacon and Ledecky grew up just a few miles from one another and are both alumni of Stone Ridge School of the Sacred Heart. Now, both look to bring medals back to the DMV.

“I watched her make the 2012 Olympic team, and then I watched her again when she made the 2016 Olympic team. Now to be on the Olympic team with her, with one of my biggest mentors in life, is such an incredible opportunity," said Bacon.

Thank you Omaha and @USASwimming for a great #SwimTrials21! Thanks to my family, teammates, coaches, and many more for the support and cheers. I’m excited to be heading to my third Olympic Games with @TeamUSA! pic.twitter.com/WoomyUlDPU

Bacon adds that the most special thing about being an Olympian is that she will forever be one.

“I think being able to say that for forever [is the coolest part]. It can’t get taken away from me and I just get to keep that title for the rest of my life," said Bacon.

After being delayed for an entire year, the Olympics opening ceremony is set for July 23rd in Tokyo, Japan. Bacon's family will not be able to attend due to COVID-19 restrictions, but Bacon says she wouldn't be surprised if her mother throws a big watch party for their family here in the Maryland home. She has a big family and knows they'll all be watching her on T.V., and cheering for her here in America.

Rhyan White and 18-year-old Phoebe Bacon are going to the Olympics in the women's 200m back.@USASwimming | #SwimTrials21 x #TokyoOlympics