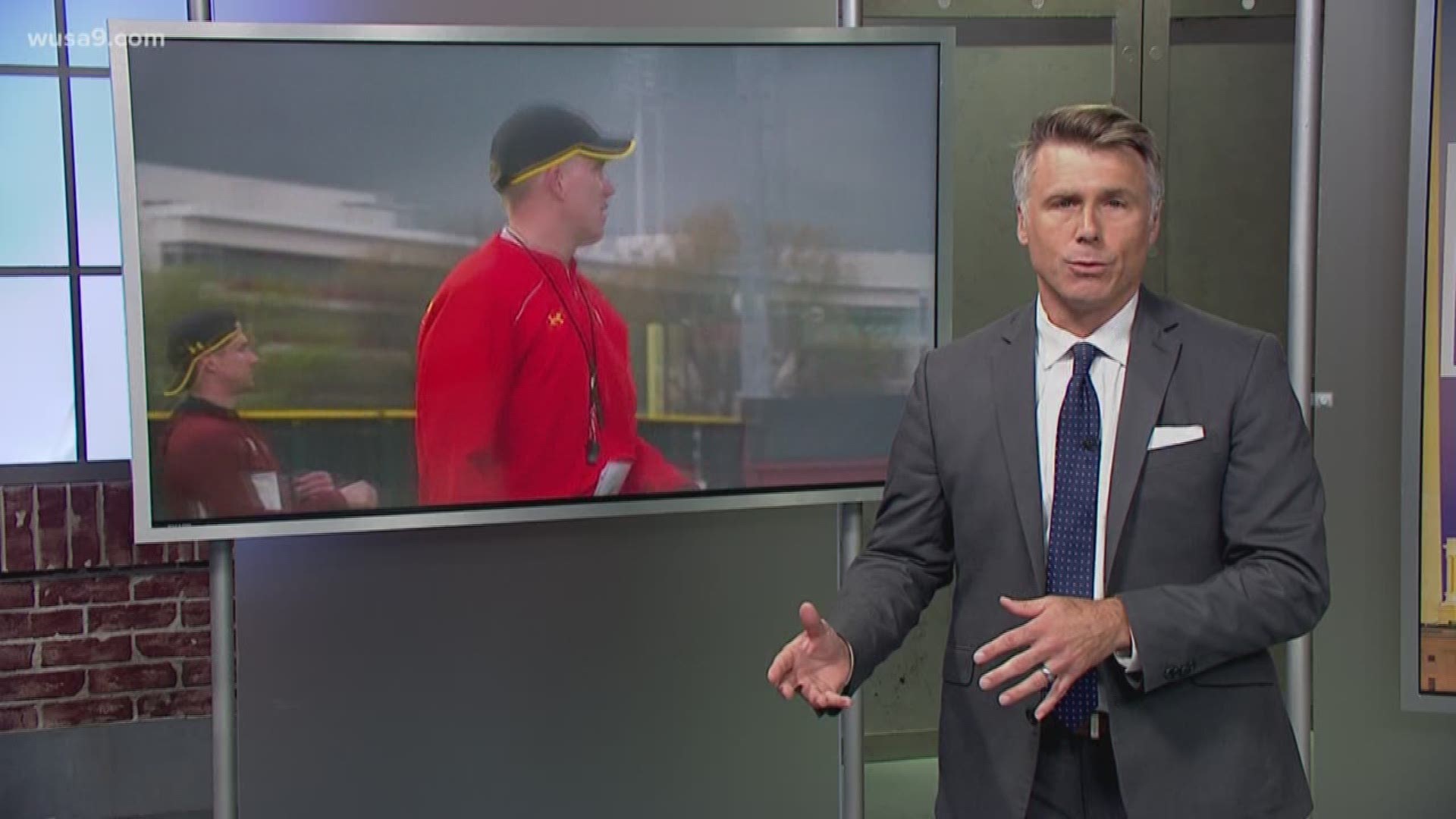 COLLEGE PARK, MD -- Members of the University of Maryland athletic staff and the football coach have been placed on leave, pending the final outcome of a review of the death of football player Jordan McNair in June.

UMD Athletics Director Damon Evans announced Coach DJ Durkin was placed on leave on Saturday. Matt Canada will serve as interim head coach, according to a letter sent out by Evans.

The following is the full lett sent out by Evans:

I am extremely concerned by the allegations of unacceptable behaviors by members of our football staff detailed in recent media reports. We are committed to fully investigating the program.

At this time, the best decision for our football program is to place Maryland Head Football Coach DJ Durkin on leave so we can properly review the culture of the program. This is effective immediately. Matt Canada will serve as interim head coach.

The external review into the tragic death of Jordan McNair continues, and we have committed to releasing publicly the report being prepared by an independent and national expert.

The safety and well-being of our student-athletes is our highest priority. These alleged behaviors are not consistent with the values I expect all of our staff to adhere to and we must do better.

You will be hearing from me as our work continues to rebuild the culture of respect in our football program.

Earlier Saturday, a person who had been briefed on the situation told The Associated Press on condition of anonymity that Court had been placed on leave by the school.

The school already is investigating the death of 19-year-old offensive lineman Jordan McNair, who was hospitalized after a team workout on May 29 and died on June 13.

"Following the death of Maryland football player Jordan McNair in June, the University of Maryland commissioned an external review of the procedures and protocols surrounding athletes’ health and safety. Pending the final outcome of this review, the university has placed members of the Athletics staff on administrative leave. We will be able to speak in greater detail when the review is complete and shared with the public. Our thoughts remain with Jordan McNair’s family, friends and teammates."