Virginia is the second ACC team in as many days forced to withdraw from the ACC tournament due to COVID-19 issues and contact tracing joining Duke. 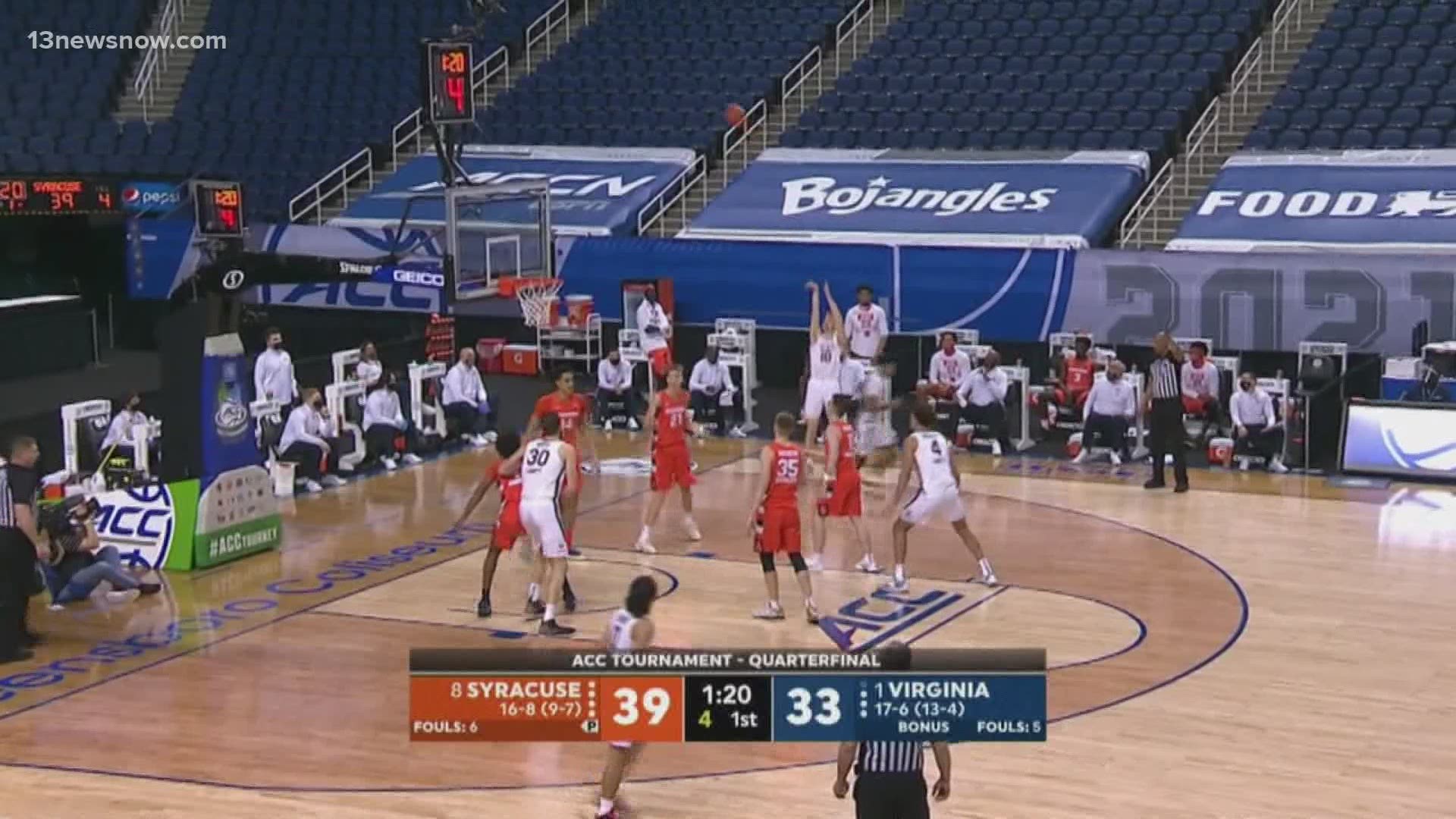 GREENSBORO, N.C. — The Virginia Cavaliers are out of the ACC tournament following a positive COVID-19 test within the program, the ACC announced Friday morning. They become the second program in as many days to withdraw joining the Duke Blue Devils.

UVA was scheduled to play Georgia Tech in the semifinals, but now the Yellow Jackets will move on automatically to the tournament finals. With the Cavaliers out of the conference tournamment, it doesn't mean their season is over for the upcoming NCAA Tournament. In order to play, a team needs to show seven consecutive negative daily tests before arriving in Indianapolis, and then undergo daily testing while inside the controlled environment at the tournanment site.

According to reports, Dan Gavitt, the NCAA senior vice president of men's basketball, has also said that a team just needs five healthy players to play in their NCAA tournament game. If UVA doesn't have a widespread COVID-19 outbreak and the rest of the team continues to test negative, the Cavaliers should be eligible to play in the NCAA tournament.

The Hoos are the ACC regular season champions and are a projected 4-seed.