The South River Seahawks scored a 14-13 win after traveling to another school's stadium Friday due to the tornado. 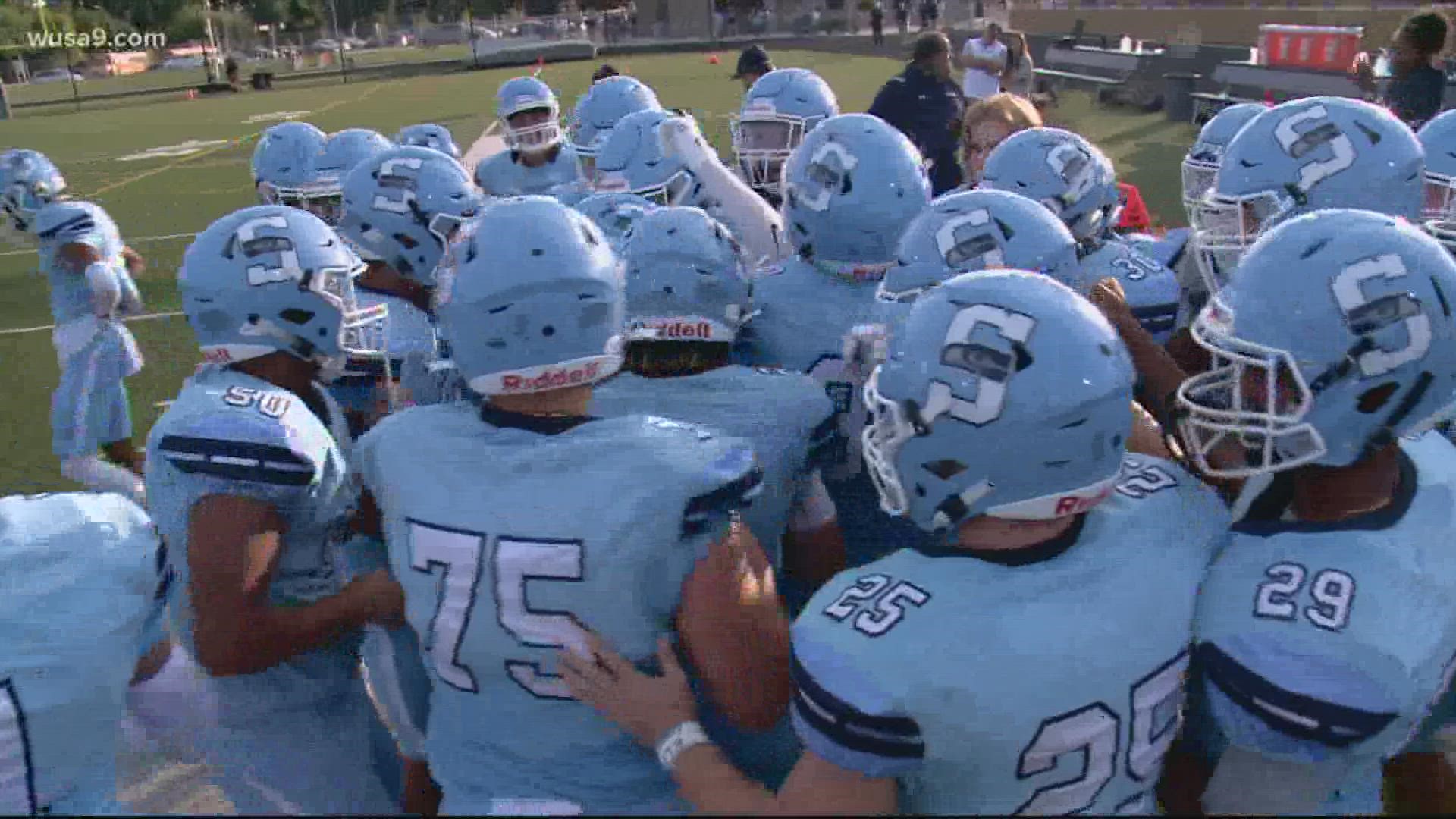 SEVERNA PARK, Md. — Week 1 of the Maryland high school football season was a bit different for South River High School. But a win on the road, which was a home game for the team, gave the them a better end to the otherwise chaotic week.

After the Annapolis tornado hit and pummeled South River High School’s football field, South River had to move its first home game of the season to Severna Park.

The South River Seahawks scored the team's first touchdown of their season against Westminster shortly after the game started Friday, and carried that momentum to a 14-13 win.

South River High School is about 20 miles from Severna Park but that didn’t stop parents and fans from coming out and supporting the Seahawks. Students and families lined the stands as the team started to play against Westminster. 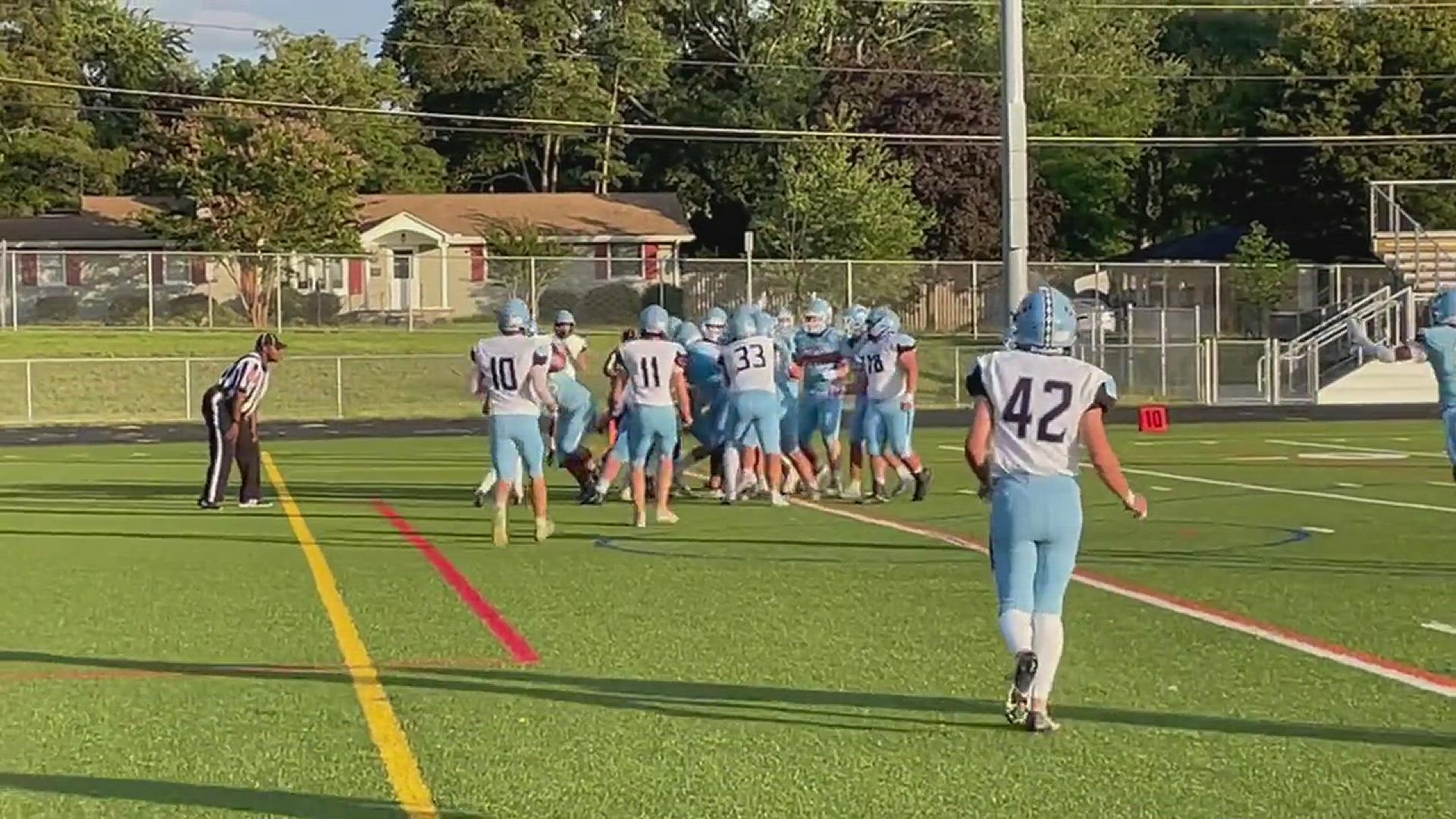 The tornado that passed over South River High School was one of two tornadoes that hit southern Maryland on Wednesday as the remnants of Hurricane Ida passed through the region.

South River High School is a part of the Anne Arundel County Public Schools system and is located not far from Annapolis in Edgewater, Maryland.

The first day of school for South River High School is not until next week, so not many students were in the building when the tornado passed overhead. But those in the school, including those a part of a county school board meeting, did have to shelter in place and hunker down when the tornado passed overhead, according to school district officials. 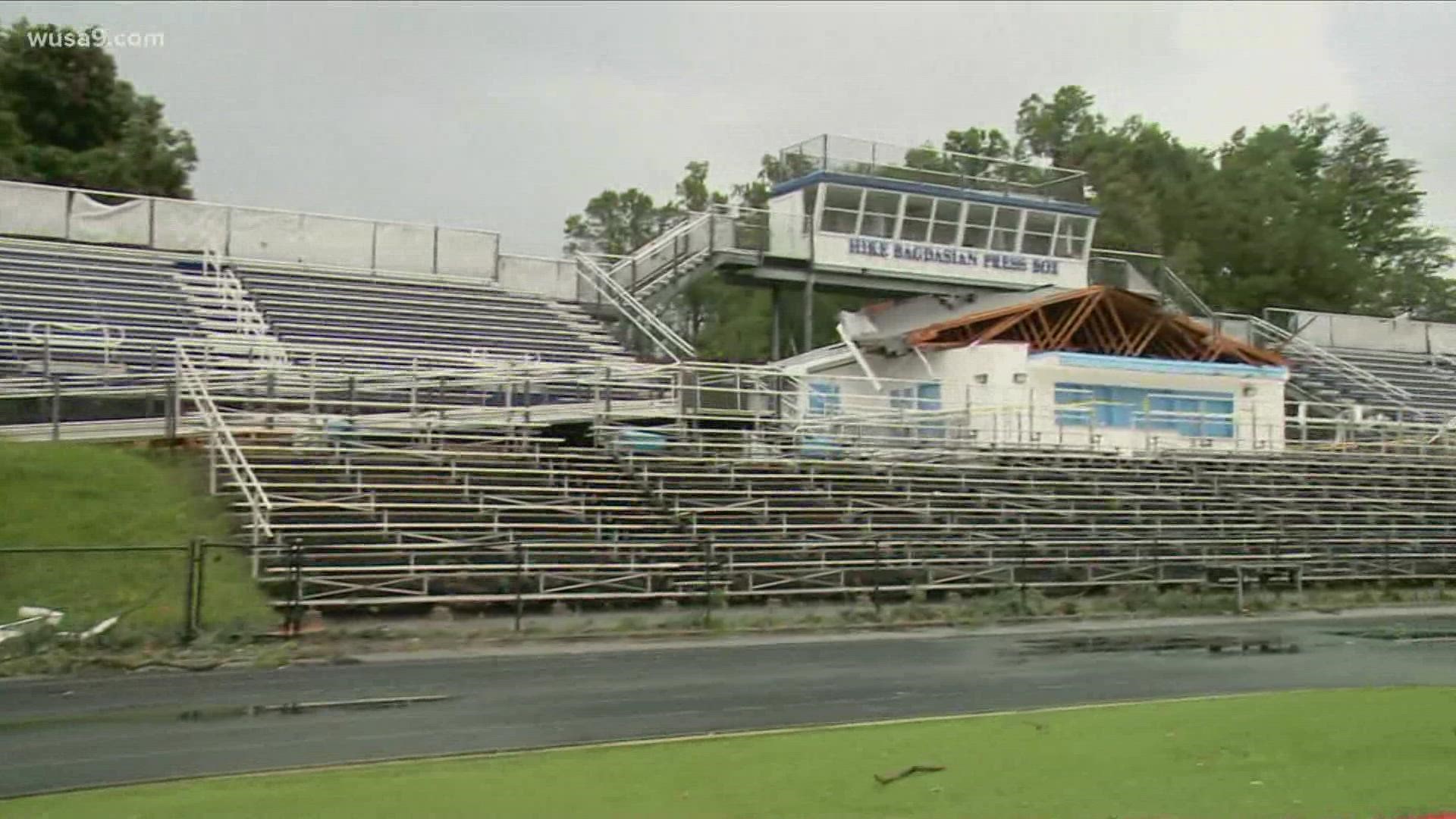