Wayne Rooney, D.C. United provide once in a lifetime opportunity 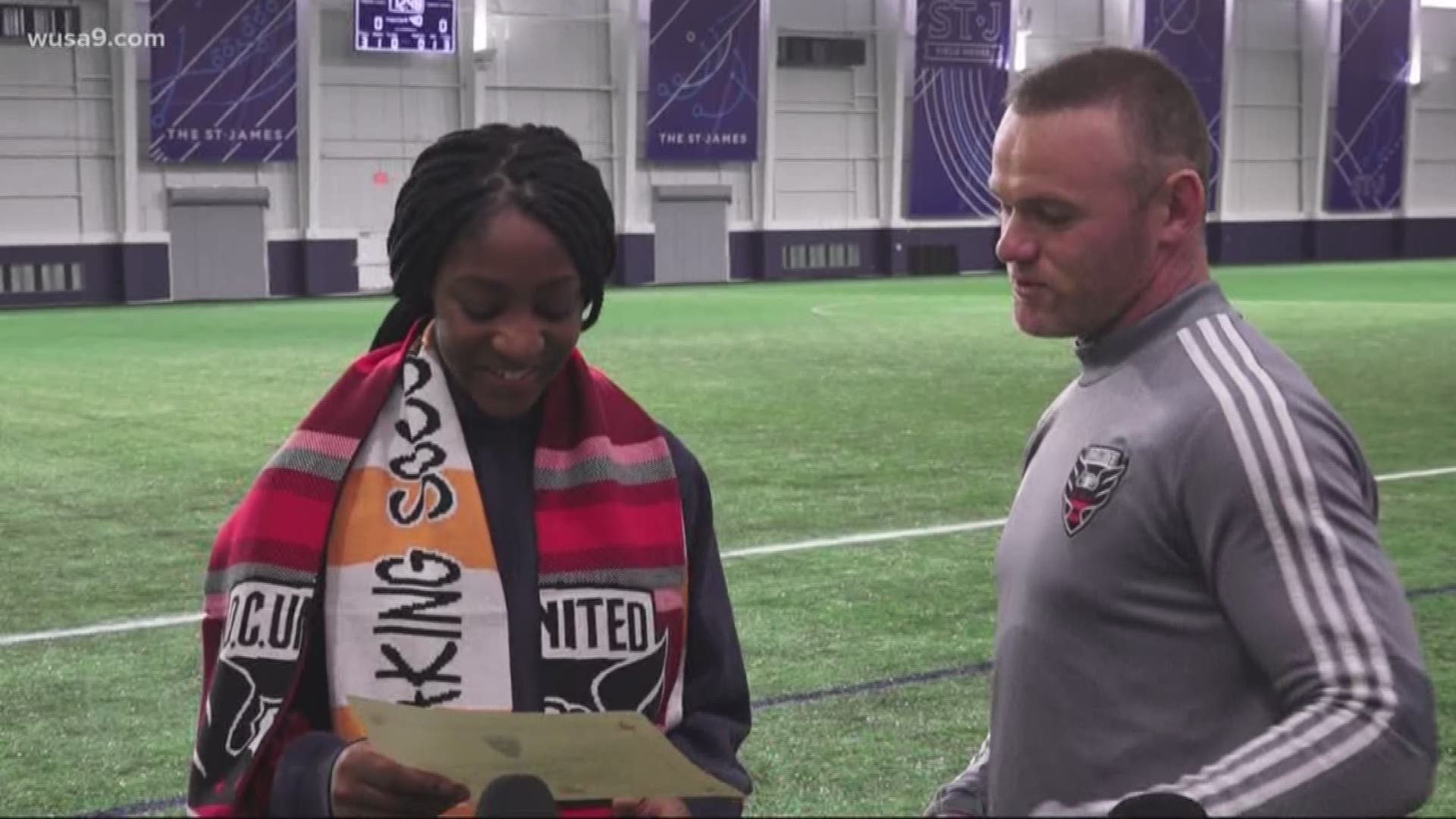 Friday was no different.

She was diagnosed with osteosarcoma in March 2017.

The disease is a cancer that starts in the bones.

Jituboh’s treatment has included chemotherapy, and a total knee replacement to remove a tumor in her bone.

The knee replacement left Diweni unable to play soccer at a high level.

The 16-year-old got to watch D.C. United's training session as the team prepares for its season opener on Sunday.

Jituboh lived in Ireland, and became a big fan of Manchester United, and their superstar at the time, Wayne Rooney.

“I grew up in Ireland, so I grew up being a Manchester United fan through my brother,” says Diweni. “I’ve always loved them since I was little, so I’m so grateful for D.C. United having me here, just letting me watch practice. It’s just an amazing opportunity.”

But it would get better for Diweni.

Not only did she get to watch practice, but she learned that she will assist with the coin toss for D.C. United’s season opener on Sunday, and she will get tickets to see Manchester United play later in March.

“On Sunday, we’d like to invite you down to the game to do the coin toss,” Wayne Rooney told Diweni. “Also, I’ve got you two tickets and flights for you and your dad to go see Manchester United on March 30.”

Diweni was at a loss for words to describe the moment she met her idol.

“That was pretty amazing,” says Diweni Jituboh. “I can’t even put it into words, honestly. It’s just crazy. Like just seeing him, and getting the news and everything, it’s just like a once in a lifetime experience.”