D.C. United signed 8-year old AJ to a five-year contract as part of his wish with the Make-A-Wish Foundation 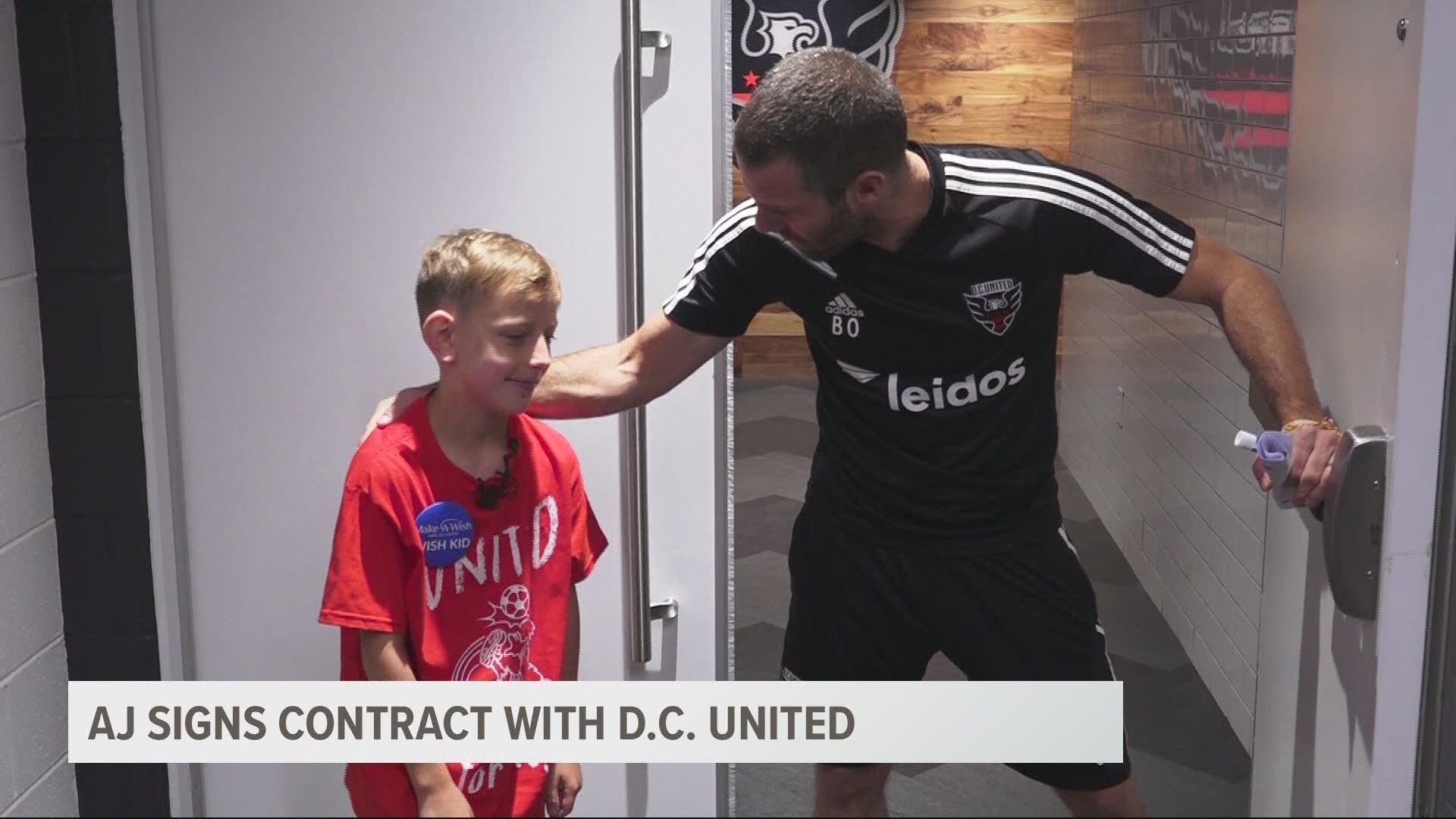 Signing a contract was part of AJ's wish, fulfilled through the Mid-Atlantic chapter of the Make-A-Wish Foundation.

AJ Kosar is a huge soccer fan, and he is also a heart transplant recipient.

AJ and his family are huge fans of D.C. United, and have season tickets at Audi Field.

The new member of D.C. United's day with the team began by meeting the team and seeing his locker, which was placed in between Wayne Rooney's and Paul Arriola's.

AJ then took the field with his new teammates to train for Wednesday's match against the New York Red Bulls.

Following the training session, the 8-year old signed his contract to become a member of the Black and Red.

At the end of the day, AJ Kosar was appreciative of his new teammates.

"They were really nice," said AJ. "They passed the ball around with me, and Rooney tied my shoe."

"We've been fans for a long time," said Jennifer, AJ's mom. "To take it to the next level, to be able for him to really interact with the players, kick the ball around with some of them, and have conversations, it's truly, truly awesome."

RELATED: Will Smith, Disney team up with Make-A-Wish for #FriendLikeMe challenge ahead of 'Aladdin' release

RELATED: Caps players, fans brave snow for a good cause

The team also appreciated having AJ around.

"To have AJ out here and be a part of the team, especially before a game like this, just boosts our confidence," said D.C. United defender Steve Birnbaum. "It's a special thing for us to support him in what he's going through."

"He's going through a lot," said head coach Ben Olsen. "To give him a day like this is special for of course AJ, but also us."

He and his family will be at the Black and Red game against the New York Red Bulls on Wednesday.