The school's men's soccer team is set to face Jacksonville in the NCAA tournament during the first round. 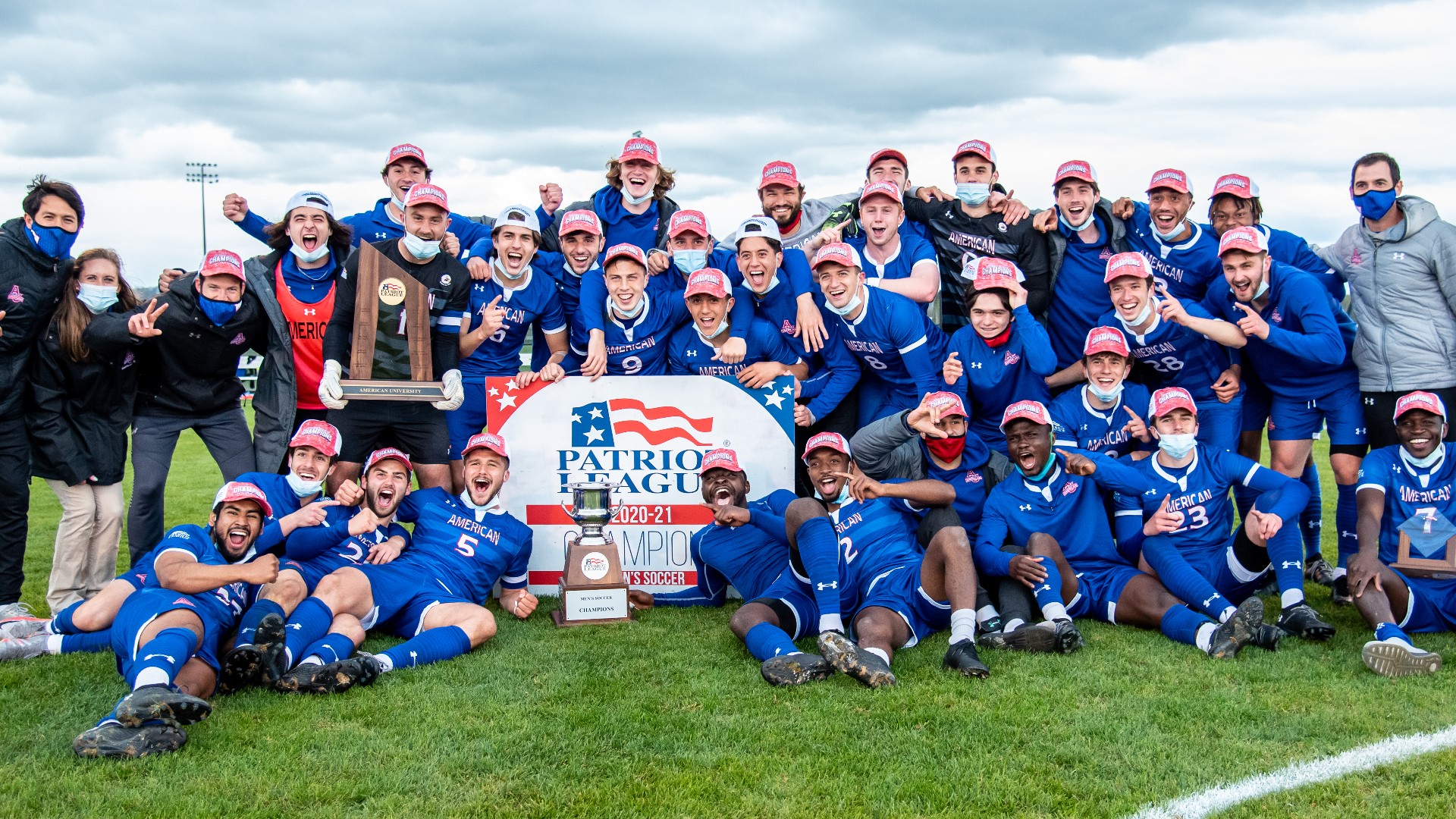 WASHINGTON — The American University soccer team will face Jacksonville in the First Round of the NCAA tournament. This is the Eagles' ninth appearance in the NCAA Tournament, but first since 2004.

"I couldn't believe it," senior Forward Nick Dimitrijevic said. "To see our name pop up there, it's what we all dreamed of the last four years."

American punched their ticket into the NCAA tournament by winning the Patriot League Championship on April 17.

"It's been a long time coming for the program," senior defenseman Oscar McConnell said. "We've come close many times before, so we knew what it meant for the program to be back there in the tournament."

The Eagles defeated previously undefeated and No. 24 Lafayette. Dimitrijevic, who scored the game-winning goal in the 2-1 win over Lafayette is still in shock.

"I had to pinch myself a few times. We all came home and looked at each other and we were like, wow, we are actually Patriot League champions. We really did it" Dimitrijevic said.

There are 205 Division-1 men's soccer teams across the country. However, only 36 teams make the NCAA tournament. The field is made up of champions from 22 conferences, who qualified automatically, in addition to 14 teams that were selected at large.

McConnell and Dimitrijevic were only five years old at the time.

"We have received a lot of messages from alumni and professors telling us to thank you for bringing it home," Dimitrijevic said.

American will face Jacksonville on April 29th on the campus of Wake Forest in Winton-Salem, North Carolina. The winner will face No. 1 overall seed Clemson, who won the Atlantic Coast Conference Automatic Qualifier Match.