Michael Jordan’s leadership style may not have worked with the Wizards, Scott Burrell says

Jordan's true "last dance" was in Washington, but he didn't have nearly as much success with the Wizards as he did in Chicago. 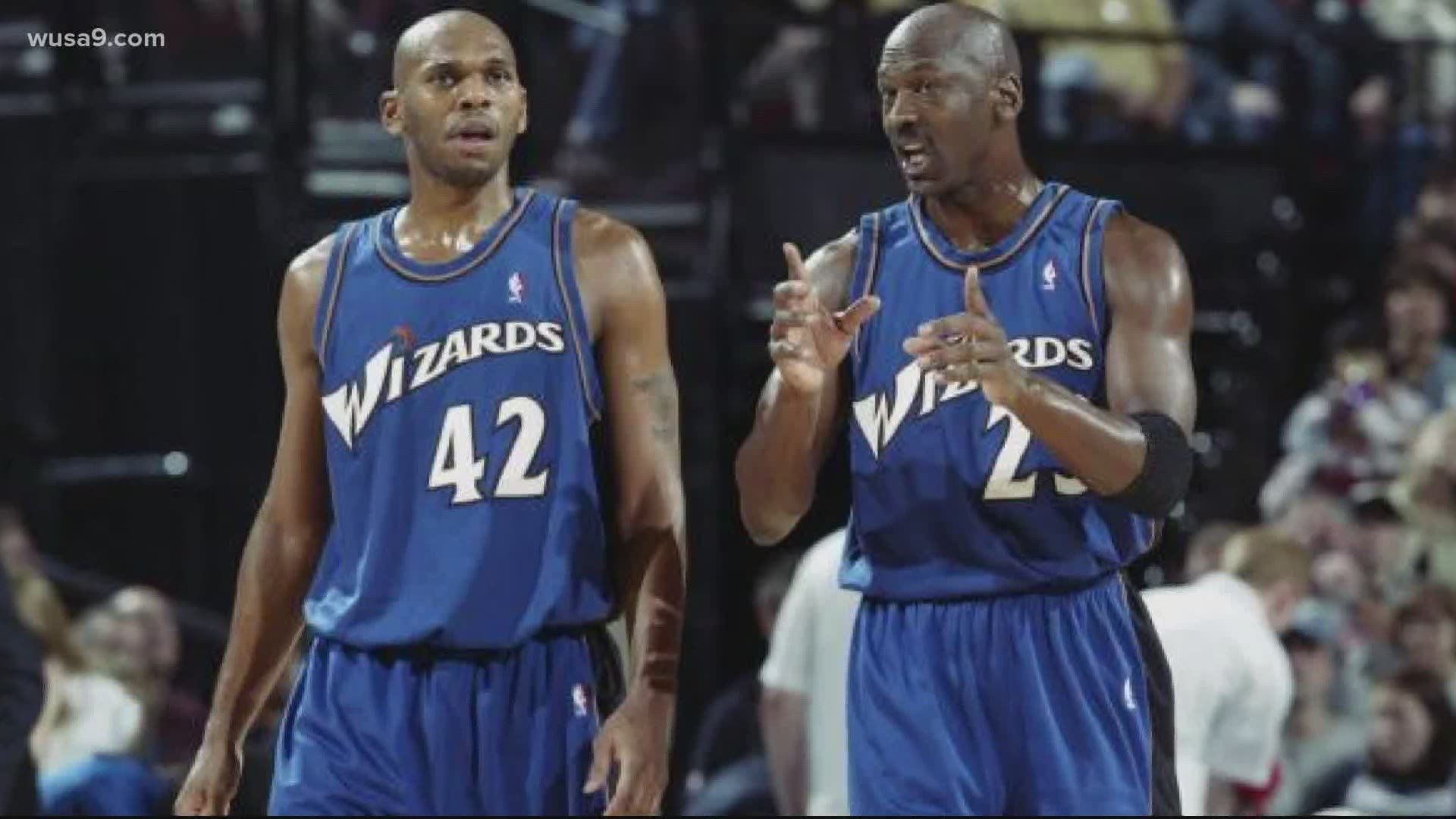 WASHINGTON D.C., DC — During the "Last Dance" documentary, people got to see Michael Jordan’s leadership tactics. Many describe Jordan as being a bully and nobody was seen more like Jordan’s punching bag during the Bulls’ 1997-98 NBA Championship season than Scott Burrell.

"I walk into my first practice with the Bulls and MJ says, 'hey Scott Burrell,'" Burrell said, who couldn’t understand why Jordan kept calling him by his full name.

"You thought the best part of your trade was that you don’t have to play me four times anymore, but now you have to deal with me every day," Burrell said Jordan told him. "That’s when you felt the prison jail doors close behind you and reality sunk in. Jordan got me for the whole year now."

Despite the tough love, Burrell says it was all motivation and fun.

Burrell, who’s now the head men’s basketball coach at Southern Connecticut State University, only played one season with the Bulls before Jordan retired after the 1997-98 season.

Three seasons later, Jordan would return to the NBA to play for the Washington Wizards.

Credit: ASSOCIATED PRESS
Washington Wizards forward Michael Jordan raises his arm while hitting the floor after being fouled on a fall away shot against the Boston Celtics at the Mohegan Sun Casino in Uncasville, Conn., Friday Oct. 26, 2001. (AP Photo/Charles Krupa)

"I saw him play with the Wizards, but it wasn’t the same. You got used to that red, black and white but he looked totally different," Burrell said. “He was still a very good player but wasn’t as explosive and he had different players around him."

Jordan’s style of motivating his players, as he did with Burrell, may have worked, but the former Chicago Bulls guard doesn’t think it had the same effect on his teammates during MJ’s two seasons in Washington.

"He had some young guys he tried to groom but kids are different these days," Burrell said. "I don’t know if his motivational tactics would work on that team. Kids worry about what people think these days."

Burrell noted that there were exceptions to that, like Richard Hamilton leaving to Detroit and flourishing after leaving MJ. Hamilton played for the Wizards from 1999-2002 before he was traded to the Detroit Pistons where he won an NBA title in 2004.

Before Burrell’s playing days with Jordan in the NBA, he grew up idolizing Len Bias, who many considered him to be the 'Next Michael Jordan'. Bias, who is from Landover, Maryland and played for the University of Maryland, died of a drug overdose two days after he was drafted second overall by the Boston Celtics in 1986.

"Len Bias was my idol growing up, Bias was a beast," Burrell said. "I wish we could have seen him play in the NBA."

RELATED: Michael Jordan as a teammate with the Washington Wizards

RELATED: The 'REAL' Last Dance: Look back at Michael Jordan's last years as a player with the Wizards