The committee made fliers, conducted interviews with Channel 9 legends Glenn Brenner and Mike Buchanan and even held a telethon with George Michael over at Channel 4. 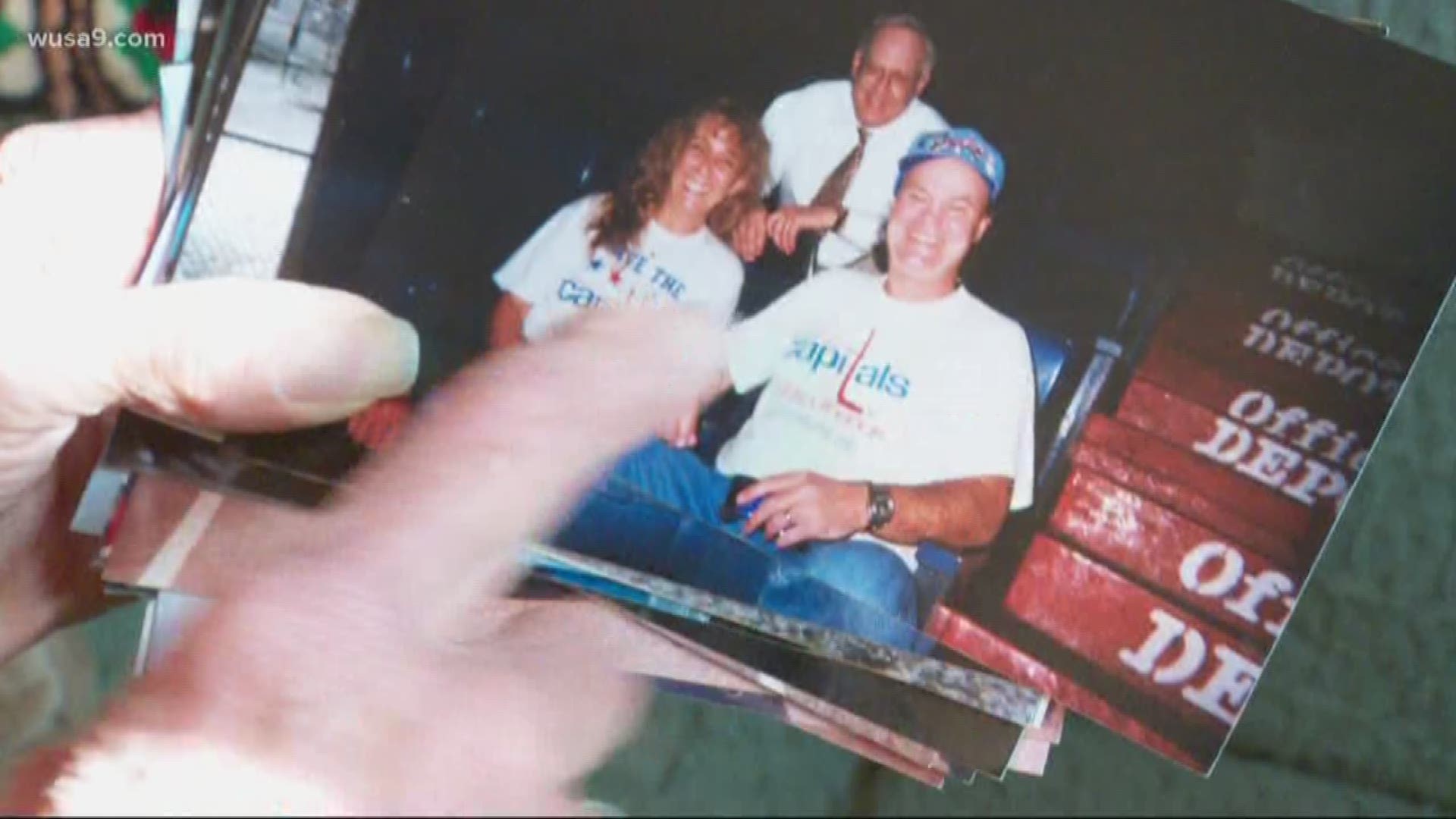 WASHINGTON -- The Washington Capitals have a passionate fan base. It once even helped keep the team from moving out of the DMV.

During the 1981-1982 season, the Washington Capitals were struggling for wins. The team had been in Landover for less than a decade and owner Abe Pollin had a challenge keeping the team financially stable.

"I'm concerned that with Abe having the financial difficulty that he's having...I just hope that the team's going to be right here in Washington," said Capitals player Mike Gartner in 1979.

RELATED: Capitals will host Game 1 and 2 viewing party at Capital One Arena

The team had to battle a Prince George's County amusement tax that impacted its finances at the old Cap Centre. Fans like Steve Mehlman and Sybil Gearhart watched with concern. So, they, and a few other fans, formed the "Save the Caps" committee.

"They (the Capitals) had the support," Gearhart said. "But, nobody was coming forth because we just thought the Caps would always be here."

The committee made fliers, conducted interviews with Channel 9 legends Glenn Brenner and Mike Buchanan and even held a telethon with George Michael over at Channel 4. It was all to promote season ticket sales and bring in more fans.

But, that was not all.

"We testified before the Prince George's County Council and they agreed to lift the tax," Mehlman said.

Pollin sent a letter of thank you to the committee.

At that point, local businesses then stepped forward to guarantee sell outs to the season's first ten games.

After that, the Caps made some big acquisitions on the ice before they would go to their first playoff appearance in the 1982-1983 season.